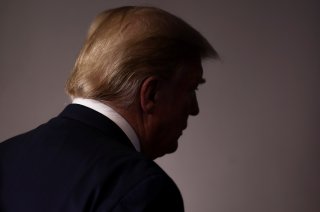 POPULISM, LIKE tyranny, is a “danger coeval with political life,” Leo Strauss wrote. It has been around for as long as human beings have lived together in political communities advancing claims to justice, set down laws in accordance with these claims, and witnessed the perversion of these same claims by opportunistic individuals who advanced their particular or private interests to the detriment of the common good of the political community (politeia in Greek, translated conventionally as regime and in the modern context somewhat restrictively as state, nation-state, or country) in the name of advancing those same claims. It is sufficient, for present purposes, simply to reference the presentation of both the speeches and deeds of perhaps the first notable populist (demagogos, rabble-rouser) on record, Cleon of Athens.

Aristotle may have been right that man is by nature a political animal, but it is hardly inappropriate to suggest that man is by nature a populist animal as well. The populist temptation is sempiternal and inherent to humanity, bearing in mind that humanity’s distinguishing characteristic is logos. Paul Rahe artfully defined logos as that which makes it possible for human beings “to perceive and make clear to others through reasoned discourse the difference between what is advantageous and what is harmful, between what is just and what is unjust, and between what is good and what is evil.” And what can be differentiated by logos can be misused by logos just as easily, for no human being is identified purely with logos.

The perfect state of perfect justice is exceedingly rare in individuals and even rarer in political communities. In the latter case, postulates Socrates, a philosopher king needs to rule in order to keep everything in balance, and the conditions for that to take place are presented in such a way as to make it clear that it never actually happens. The greater the disbalance between logos, thumos, and epithumia, the greater the likelihood that a given political community will move away from justice, ultimately degenerating into tyranny. And on that road to tyranny lies populism—one possible result of the spirited part of the community suborning itself to the appetitive instead of the rational. It’s hardly encouraging to recall that Socrates thought the rational part was more, not less, likely to be captured by the spirited or appetitive parts of a democratic political community than any other type. His own experience with direct democracy in Athens immediately rises to the mind. So do statements by two contemporary American political scientists: Jan-Werner Müller’s that populism is a “permanent shadow of modern representative democracy, and a constant peril,” and Shawn Rosenberg’s stark warning that “democracy seems now poised, as it has been always potentially, to devour itself” and be replaced by the lure of populism with its “offer [of] an alternative, less demanding view of politics and society.”

However that may be, it follows from the above that populism is at least partially about persuasively telling “lies like the truth” (to quote classicist Seth Benardete’s striking phrase) in combination with the commission of deeds whose purpose is to ensure sufficient control of the mechanisms that shape the way the political community conducts itself in the domain of domestic politics.

But what happens when populism in domestic politics intersects with great power competition in the international arena? Is it an accident that a resurgence in populism within leading political communities (states) is occurring amidst the resumption of rivalries among major players in global politics?

SIMON TAY, chairman of the Singapore Institute of International Affairs, anticipated in January 2016 that populism and great power rivalries could influence the other in shaping both regional and global security. The fusion of the two—we call it “great power populism”—introduces an additional degree of unpredictability in an international affairs environment already beset by a condition reminiscent of an individual in the midst of a nervous breakdown, itself due at least in part to ongoing strategic realignment and cleavages. Something new and quite worrisome is afoot.

Most experts treat populism (in the domestic context) and great power rivalry (in international relations) as separate phenomena. The prevailing view is that populism, its nature assumed to be isolationist and xenophobic, is antithetical to the precepts of foreign policy and, in fact, is driven largely by domestic conditions. Yet the emergence of populist movements in contemporary democratic political communities and the use of populist themes by leaders of less democratic ones are both directly connected to the breakdown of the post-Cold War liberal international order. In turn, rivalries among both great and middle powers are fueled, in part, by an assessment on the part of both leaders and citizens that trusting in an amorphous “international community” to guarantee national security and prosperity is a risky proposition. In other words, foreign policy action (competition in the international arena) is driven in response to domestic stimuli or, in everyday terms, populist agitation.

Thus, “great power populism” is not about withdrawing from foreign affairs; it is about revising the international system. It is based on an assessment that “win-win” solutions are largely chimerical, and that contemporary global affairs are more likely to be conducted on zero-sum lines. Therefore, leaders of political communities must be prepared to take direct action to grab their fair share, and to avoid situations where other political communities use international institutions or legal frameworks to shift burdens to their citizens or to where others can extract benefits.

Great power populists are jealous of their sovereign prerogatives and are inclined to view foreign policy in starkly transactional terms. Sovereignty above all, independence from others, and the ability to rewrite or ignore rules when they conflict with core national interests are all features of the great power populist foreign policy handbook. As of April 2020, a credible case can be made that a plurality, if not majority, of G20 or OECD members are either engaged in great power populism (Brazil, China, Russia, Indonesia, Turkey, India, Mexico, the United Kingdom, and the United States) or are being significantly influenced by it (France, Japan, Italy, Spain, and Germany). As U.S. president Donald Trump proclaimed from the rostrum of the United Nations in September 2019: “The future belongs to sovereign and independent nations who protect their citizens, respect their neighbors, and honor the differences that make each country special and unique.” Walter Russell Mead has identified Andrew Jackson as the vanguard of such an outlook on international affairs, at least in the American context. As a recent Politico article put it: “Jacksonians are content to let the world sort itself out, except if they perceive a threat, in which case they react with great ferocity.” It does not seem accidental that Jackson’s portrait now hangs in the Oval Office. Policies adopted in the wake of the appearance and global spread of the COVID-19 pandemic in the aforementioned countries have further brought to light the credulity of the case for the importance of taking into account great power populism in understanding contemporary international relations.

THIS IS not how the post-Cold War world of the twenty-first century was supposed to unfold. The fall of the Berlin Wall was going to herald the integration and interconnectedness of the nations of the world in a rules-based liberal international order largely set and determined by the advanced industrial democracies of the United States and Western Europe. The bargain between the elites and the citizenry rested on three promises: economic globalization would lower costs and bring benefits to all, everywhere across the globe; enlarging collective security agreements based on the commitment that an attack on one was an attack against all would make the world more secure; and that expanding and deepening integration would make war far less likely to break out anywhere on the planet.

Mutual dependence would reduce incentives for political communities to engage in destructive competition—an assumption codified in cute turns of phrases like the “Golden Arches Theory of Conflict Prevention” (no two political communities in which McDonald’s is present will go to war) or the “Dell Theory of Peace” (political communities that are part of the supply chain for producing Dell computers cannot interrupt their relations). This process was to be spearheaded in Europe, where the transformation of the Common Market into the European Union and the expansion of NATO after the collapse of the Soviet Union and the Warsaw Pact would create a borderless Europe “whole, free, and at peace.”

Politicians’ “democratic enlargement” was complemented by Silicon Valley’s vision of a post-national, borderless, and digital world. A recent MasterCard commercial featuring Cuban-American singer Camila Cabello epitomizes this worldview; the pop star, walking down a street holding a smartphone, is able to deliver goods to her fans with a few touches to the device. Questions of where the raw materials, energy, labor, transit infrastructure, and even currency needed to pay for these transactions are assumed to be superfluous; all that seems to matter is that the individual possesses the requisite technological device. The world envisioned by this is a place where the national citizen has given way to the global consumer.