Great Red Fleet: How China Was Inspired by Teddy Roosevelt 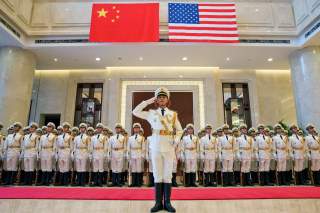 Disparate national circumstances demand disparate approaches to designing, building and deploying fleets. You go to war with the navy you can afford.

Mao, then, felt compelled to postpone China’s high-seas destiny pending more auspicious times. Yet he foresaw, if not longed, for the age of an oceangoing PLA Navy—an age such as now. After decades of reform and opening to the globalized world, China has attained an economic and military standing comparable to Roosevelt’s America, whose navy remained outnumbered but could afford a battle fleet able to contend for local superiority or even supremacy. China’s leadership, accordingly, can now embrace sea-power logic reminiscent of Roosevelt’s.