Greece Is at the Nexus of America's Geopolitical Crossroads 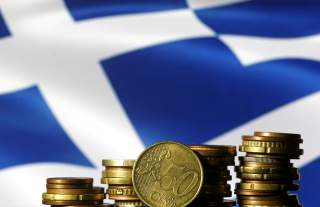 In his recent White House meeting with President Donald Trump, Greece’s prime minister, Kyriakos Mitsotakis, emphasized that the United States should view his country as a “reliable and predictable ally” in an unpredictable part of the world.

Such a seemingly boilerplate statement actually might have sounded ludicrous just a few years ago, when the neighborhood was quiet and Turkey, not Greece, was the pillar of stability. But today Athens is becoming a crucial pro-American player at the center of important security issues in the Eastern Mediterranean. The United States must take advantage of this budding relationship, as part of a renewed strategic focus on the region.

The Eastern Mediterranean, and particularly Greece, were pivotal in America’s decisions to defend freedom and contain communism after World War II. The region largely receded from view once the Cold War ended, however, and Washington declared a peace dividend.

Now geopolitics and geology are bringing security competition back to this strategic crossroads, with Greece at the nexus.

The primary driver has been Turkey’s transformation under its president, Recep Erdogan. Once a dependable democratic ally, Ankara is increasingly a pro-Russian autocracy with ambitions for greater regional influence, and possibly even predominance, at the direct expense of the United States, Greece, Israel and others. Meanwhile, great-power competition is returning to the region as Russia, Iran and China all make inroads.

A potential boon, yet also another flashpoint, comes from the simultaneous discovery of considerable natural gas—and the possibility of discovering lots more. This could promote much-needed economic growth and lessen Europe’s worrisome energy dependence on Moscow, and already it is bringing Greece and U.S. companies closer together.

But it has also raised tensions between Turkey and everyone else. Unlike its neighbors, Ankara refuses to accept international law for its offshore economic boundaries. Instead, it advances expansive territorial claims and sends drilling ships into Cypriot waters, threatening the rest of the region’s ability to develop and export their valuable natural resources.

These major developments help explain Greece’s aspirations to replace Turkey as a regional diplomatic and economic hub and a key NATO bulwark. Indeed, Athens is doing exactly what American policymakers ask of allies, namely taking on larger duties of collective defense. Greece already spends a greater share of GDP on defense than any NATO member save the United States.

This reflects how, after decades of cool relations at best, there is a growing national consensus that partnership with the United States should form the bedrock of Greek security. Remarkably, this turnaround was led by Alexis Tsipras, the former prime minister and former Communist. Now his initiatives are being expanded by the center-right, traditionally more pro-American New Democracy Party.

Central to Greece’s new geopolitical role is its diplomatic leadership, which is building stronger ties with Cyprus, Israel and Egypt on energy and security. With U.S. companies becoming more involved in regional energy exploration, the United States should bolster its naval presence in the Eastern Mediterranean, including port visits, joint exercises and integrating Greek naval forces with U.S. carrier groups. This would lend credibility to existing statements of U.S. support for Athens and would help defend the legal rights of American companies against Turkish interference and intimidation.

The United States also should capitalize on Greece’s eagerness to do more. Its armed forces are still burdened by recent fiscal austerity, meaning it can only buy so much so quickly on its own. Therefore, Greece will need foreign military financing (FMF) to purchase U.S. upgrades for core air and naval capabilities. Late last year, Congress authorized $3 million in FMF for Greece; while a welcome increase from zero, Athens needs more to upgrade or acquire new U.S.-made fighter jets, missile defense ships, drones and other systems. More FMF for Greece would benefit the American workforce and economy, as well.

American policymakers should also consider a stronger U.S. military presence in Greece. Among other things, this could include U.S. naval forces at strategically vital ports in Souda Bay and Alexandroupoli, increased deployments of aerial refueling tankers and drones, and enhanced training operations for army helicopters.

Greece is also an attractive option for relocating U.S. military assets from Turkey. So could Cyprus, depending on developments with Turkey over time. This would ensure reliable access for U.S. forces and could generate leverage to compel changes in Ankara’s increasingly destabilizing policies around the region.

Looking back less than a decade, it is amazing just how far the U.S.-Greece partnership has come. Now, with the Eastern Mediterranean again a cockpit of potential conflict, it is important to envisage how much more our two countries can accomplish moving forward.

Amb. Eric Edelman is a former U.S. Ambassador to Turkey and former Under Secretary of Defense for Policy.