Is the Green New Deal Really About Wealth and Power? 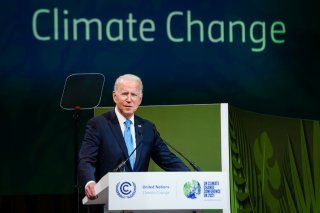 The Green New Deal’s (GND) energy decarbonization effort drew inspiration from the first Earth Day held in 1970 and the creation of the United Nations Environment Program (UNEP) and the U.S. Environmental Protection Agency (EPA) in 1972. However, the legislative push for the GND is not about the environment or reducing pollution, but power and wealth transfer.

In the United States, environmental laws originated on identifying and mitigating particular “torts” or harm. One tort law example hails from New York: a mink farm owner complained that his minks were not productive because of LaGuardia Airport’s noise pollution. When the courts sided with the owner, the law restricted when LaGuardia’s planes could land and take off. Note the principle here: a specific and demonstrated environmental tort led to a specific remedy being adopted.

But somewhere along the way, regulatory scope changed.  The EPA proposed regulating CO2 as a greenhouse gas (GHG) despite that not being a part of the EPA’s original agenda. After all, CO2 gave life to the plant kingdom that in turn produced the oxygen on which all animal life depended. It would be decades later that the U.S. Supreme Court greenlighted the regulation of CO2 which may have been inspired by the UNEP’s work on greenhouse gases.

In the 1970s, UNEP’s Energy and Environment office began examining how alternative energy sources could meet global demand without leading to a greater dependence on oil and degrading the environment. Given the economic chaos caused by the 1973 OPEC oil embargo, where the United States paid $36 billion for oil imports, UNEP’s work was important.

In a 1975 report, the author concluded that renewable energy could substitute for electricity and liquid fuels source, but the industrialized world and impoverished nations alike would remain highly dependent on oil, gas, coal, and nuclear power for decades. In short, only a combination of fossil fuels, nuclear power, and renewables could adequately energize the third world’s economies.

But the report’s findings were rejected by the UN’s Economic and Social Council; six countries voted in favor and 130 voted against it or abstained. However, given that the report was written after the OPEC oil embargo, the vote was understandable. With oil prices soaring, and supply remaining subject to interruption, books such as Limits to Growth and The Closing Circle and even reports from the U.S. Geological Survey popularized the narrative that U.S. fossil fuel supplies were rapidly depleting, and unless consumption was sharply curtailed, economic growth and prosperity could not be sustained.

Further, by 1975, it was clear that U.S. oil production had peaked in 1970 as Shell oil geologist Marion King Hubbert predicted. This fact reinforced the idea that oil resources were finite, and therefore, the U.S. economy was in danger of “running on empty.” So, if fossil fuels were going to become scarce and increasingly expensive, prudent strategy dictates that we end our dependence such fuels—especially if by doing so we could save the planet.

However, while the 1975 UNEP report rejected this scarcity narrative, other more powerful voices began adopting this position.

Limits to Growth advocates such as Paul Ehrlich, John Holden, Barry Commoner, and Carl Sagan warned the country that fossil fuel reserves would soon deplete, while growing sharply in cost and environmental damage.

One popular school of thought concluded that fossil fuel use would emit so much CO2 and other gases into the atmosphere that the sun’s heat would be shielded from reaching the earth. Thus, was born the idea of the looming Ice Age, as the earth was in danger of freezing.

Ironically the predominant published climate research during the 1970s was on the possibility of more global warming, despite a multi-decade long record of colder temperatures. But it was the catastrophic predictions of the coming planetary ice age that garnered the media’s attention. Given that higher CO2 levels had historically “ushered in the relatively balmy, stable climate sometimes called the ‘long summer’ that has allowed human civilization to flourish,” a 2012 Scientific American essay said, the coming Ice Age might put such flourishing in danger.

Popular publications, including Harpers, the Scientific American, and Science, all detailed the dangers of a coming Ice Age, urging Americans to dramatically reduce energy consumption, accept a reordering of the entire economy, and reject the industrialized world paradigm of continued economic growth and rising incomes.

There was little pushback on the Ice Age narrative as few examined the underlining “science.” After all, U.S. oil production continued to fall and gas lines became widespread. The Carter administration even banned new natural gas production on U.S. federal land, predicting the US would run out of natural gas by 1990.

After 1981, the Reagan administration tried to reverse this trend by immediately eliminating all price controls on oil. The Saudi government was persuaded to markedly increase oil production to help boost economic growth and escape from the recession caused by previous spikes in oil prices.

Despite the Reagan economic boom, the narrative of scarcity remained; both the apparent dangers of fossil fuel use and limits to economic growth stayed widespread.

Then Carl Sagan took things a step further. Sagan connected Reagan’s nuclear build-up with the assumed looming Ice Age. He postulated that even if as few as a hundred nuclear weapons were detonated, the resulting fires and massive curtain of carbon and soot in the atmosphere, would blot out the sunlight trying to reach the earth. A “nuclear winter” not unlike the projected coming Ice Age would be created, Sagan said, but much sooner than believed. As Sagan warned, the Reagan administration’s nuclear modernization programs were not just starting a new arms race but threatening to trigger a nuclear conflict with the USSR.

This got Washington’s attention. The U.S. Air Force asked me to examine Sagan’s essay on nuclear winter, and I examined all the many footnotes and documents that Sagan had cited n his various essays. To my surprise, all the documents referenced Sagan’s original assessment about “dust storms” on Mars. Sagan postulated that dust storms blotted out sunlight, guaranteeing Mars’ existence as a lifeless planet. Similarly, Sagan believed that massive amounts of soot and carbon from nuclear fires (dust) would have the same effect on earth.

Yet, as Erik Metaxas outlines in his new book Is Atheism Dead?,  Mars’ gravity is too weak to hold an atmosphere in place to allow any form of life. Further, a NASA study found that atmospheric pressure on Mars is only 7 percent of that on Earth, making any kind of life-supporting atmosphere impossible.

Despite successful efforts to end such fashionable global climate research, global warming was gradually adopted as the new narrative from which the same growth-limiting energy and economic policies would flow—managing energy scarcity; transferring through globalization trillions to the third world from the rich, industrialized world; and creating large international authorities to manage what has now become known as the “great reset,” particularly a new green energy deal.

It is true that, from roughly 1980 to 2000, the average global temperatures as measured by such United Nations institutions as the Intergovernmental Panel on Climate Change (IPCC) did show a moderate increase that if projected over a century would increase temperatures by 4°C. IPCC climate “models” then predicted that this would have catastrophic climate impacts.

In 1988, a key proponent of this narrative was none other than UNEP’s first director, Maurice Strong, an advocate of globalization’s “great reset” plans. Part of his objective was to make UNEP one of the most powerful UN agencies by giving UNEP the job of regulating worldwide energy production.

Thus, scary but highly dubious global warming scenarios dominated the climate and energy debate. And ironically, it was based on the same principles as the previous scare story (the coming Ice Age) but with a twist. Sunlight did get through the atmosphere but once reflected off the earth’s surface could not bounce back through the atmosphere, therefore remaining trapped beneath a blanket of greenhouse gases.

However, when warming temperatures flattened after 2015, the Global Warming narrative made no sense, so a switch was needed. Enter Global “Climate Change.”

As the former UNEP Director Maurice Strong explained in his work for the UN secretary-general, addressing this problem requires a huge transfer of trillions in wealth from the rich industrialized world to the poorer nations, through multiple mechanisms including “mitigating” climate change.

Such new green deal proposals are estimated to cost between $53-93 trillion just for the United States. However, GND proposals before Congress are vague and omit details.

Although the IPCC objective has been to reduce projected world temperature increases from four degrees to 1.5 degrees Celsius, any U.S. success in reducing GHG emissions 50 percent below U.S. 2005 levels, the current U.S. objective, would be more than wiped out by the planned construction of 236 new coal-burning plants just in China and India. To say nothing of whether the U.S. success in already being 17 percent under 2005 levels, due largely to substituting natural gas for coal, will be sustained if natural gas is being phased out as well.