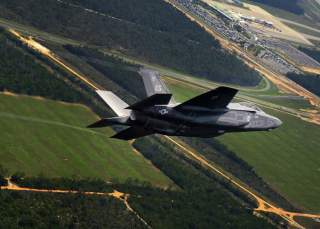 The House and Senate Armed Services Committees will take up the National Defense Authorization Act for Fiscal Year 2015 (NDAA) over the next month, reviewing a $601 billion total budget request submitted by the Department of Defense and tweaking the plan to reflect Congressional priorities. The Pentagon is asking for $496 billion for the base budget, $26 billion for the defense portion of President Obama’s “Opportunity, Growth and Security Initiative,” or OGSI, and a $79 billion for overseas contingency operations (OCO), largely for the war in Afghanistan. This year’s NDAA will test whether Congress can set aside parochial interests in favor of strategic choices and plan effectively for the future of national defense.

This is a crucial period for defense planning and budgeting. The Budget Control Act of 2011 (BCA) trimmed $487 billion in planned future spending increases from already elevated spending levels, basically slimming down the Pentagon’s unrealistic budget plans. This reduction in planned spending is often falsely presented as a cut, but it was not. In 2013, the Pentagon refused to submit a budget in line with the BCA caps, triggering sequestration. This $42.7 billion in cuts were less significant than many have argued. They trimmed the fat built up from over a decade of unprecedented increases in defense spending, were partly absorbed by spending down unobligated balances left over from past years, and were further mitigated by shifting funds around between more fungible readiness accounts and into the off-book OCO accounts. The military came through largely unscathed in terms of real capabilities. But since the Department of Defense has cut the low-hanging fruit, it now faces real choices about how to define its priorities and invest its resources for much of the next decade.

However, the Pentagon still seems to think that if it can weather a short-term budget squeeze this year, the near-record-high funding levels that characterized the decade after 9/11 will return. This year’s $496 billion base defense budget request adheres to the cap established under the BCA for 2015, the first time the Pentagon budget request has met the BCA caps since the law was passed nearly three years ago. However, this budget discipline is short-lived. While the $79 billion in requested OCO funding is exempt from the caps, the White House has also tried to plus up defense with the $26 billion defense portion of the OGSI request. Moreover, the Pentagon’s five-year plan calls for an additional $115 billion over the BCA caps.

Despite the hopes for higher funding in the future, the Pentagon’s budget request this year makes sound strategic choices, and Congress should support it. The plan, examined in detail in our recent report, shifts dollars away from programs unsuitable for contested operational environments, like the lightly-armed Littoral Combat Ship, and slows down programs that face hurdles in development and testing, like the Navy and USMC variants of the F-35 stealth fighter. It also proposes reforms intended to slow the growth of personnel pay, benefits, and health care costs, which the Congressional Budget Office estimates will contribute to 46 percent of the unbudgeted cost increases over the next five-year defense program (FYDP). Overall, the Pentagon has outlined cuts and reforms that will save about $40 billion over the next five years without jeopardizing America’s ability to project power or defend its interests.

Hyperbolic cries of deep cuts and a “hollow force” from defense hawks should be ignored. Under the Department’s plan the United States would continue to spend roughly three times more on defense than its closest competitor, and roughly as much as the next nine largest countries in the world combined, many of whom are our allies. This year’s defense budget would also be higher than it was in 2005, when the United States had 163,000 troops deployed in Iraq and Afghanistan.

There is just one problem with hoping for Congressional fortitude: it is a midterm election year. Instead of evaluating the national-security implications of defense-spending choices, Members of Congress will be fighting to protect favored defense programs which can control billions in taxpayer dollars for their districts. There are several key questions at stake. Congress’ actions in the NDAA process will show whether they can choose the strategic over the parochial and prioritize future defense needs over the present-day status quo.

For example, will Congress offer the Department explicit guidance on the BCA caps? The Pentagon has chosen to ignore the caps after this year’s budget, raising the prospect of sequester again next year. Clarity from Congress on future defense-funding levels might open members up to political criticism, but could also force the Pentagon to plan more realistically.

Likewise, what will be the fate of the Littoral Combat Ship? The two-variant LCS program is largely a product of parochial politics, and increases the Department’s procurement, training and maintenance costs in perpetuity. The Pentagon has proposed reducing its long-term buy from fifty-two to thirty-two ships and will consider a new small surface combatant more like a traditional frigate. But these planned LCS cuts come outside the current five-year defense program. Will members consider a fundamental rethink to finance procurement of a new frigate class, or consider cutting one of the two variants of the LCS?

The pace of F-35 Joint Strike Fighter procurement is another key question, as is the fate of the Navy’s carrier variant. The Department has rushed procurement of the F-35 and started buying large numbers of planes while they were still being developed, raising costs and risks. In its FY 2015 request, the Pentagon proposes slowing procurement of the Navy variant to the lowest level needed to continue development of the carrier variant, but still purchases the full complement of the Air Force and USMC variants, despite considerable development challenges. Will Congress continue to allow the Pentagon to rush into purchasing large numbers of planes while the F-35 is still in the development process, which may necessitate expensive alterations and upgrades later, or slow the program down?

The pace of F-35 procurement may be closely tied to efforts to save the A-10s and U-2s—which the Air Force wants to retire but which are based in districts protected by strong members of Congress. Because Congressional budgeters will have to find offsets for any Pentagon cost-saving proposals they overturn, elected officials will be forced to fight it out over prized programs. Will modernization of parochial politics triumph in the effort to find offsetting savings in the defense budget?

Another question pitting the present against the future is planning for the right number of Army and USMC troops. Holding ground forces end-strength anywhere near current levels will divert precious dollars away from research, development, and procurement of the weapons systems the Pentagon thinks Afghanistan will need in the coming decades. But cutting troop numbers while U.S. troops are still fighting in Afghanistan could prove deeply unpopular in defense-heavy districts.

Even more politically controversial—and badly needed—is a Pentagon proposal to authorize a Defense Base Realignment and Closure (BRAC) Commission to evaluate and trim excess defense infrastructure. For districts with economies dependent on military installations and the spending power of military personnel and contractors, such a commission is anathema; but the Pentagon spends billions maintaining unneeded infrastructure—dollars which could be better spent developing and fielding the systems of tomorrow.

But the most emotional issue at play in this year’s NDAA is undoubtedly the Pentagon’s proposals designed to slow the growth of personnel pay, benefits, and health care costs. Defense officials and outside experts have all agreed that the Department cannot afford the current trajectory of these costs, but the proposals to slow pay raises and increase co-pays and fees for healthcare are sure to generate strong opposition. It will be tough for any Member to support such changes in an election year.

The other major hurdle facing defense budgeters—largely unmentioned in coverage of the budget—is the future of the overseas-contingency funds as the war in Afghanistan comes to a close. The Pentagon has used these accounts to pay for things unrelated to the war in Afghanistan, most recently by shifting $9.3 billion in operations and maintenance funding originally included in the base budget to the overseas-contingency budget. This accounting ploy to give the Pentagon more room in the base budget will become increasingly difficult as combat operations cease in Afghanistan and the justification for a separate war budget recedes. Nonetheless, the Pentagon is nowhere near ready for the withdrawal of this funding, which could spark budget disarray comparable to sequestration in the next few years.

The core truth is that the country cannot maintain its current military posture if key sources of cost growth within the Pentagon are not addressed. Since increasing defense spending above and beyond the BCA caps is neither politically palatable nor desirable, Congress and the Pentagon must work together to pass and implement the reforms needed to put defense on a sustainable financial path. The Department has outlined a prudent course and Congress should support it. Only by rising above the parochial politics which too often define the NDAA process can the country start to craft a strong military for the coming decades—one that is rapidly deployable, able to project power in contested environments, insulated from electronic and cyber attacks, and provided with the best intelligence and surveillance assets in the world.