Has Washington’s Focusing on Iranian Nukes Distracted It from ISIL's Rise? 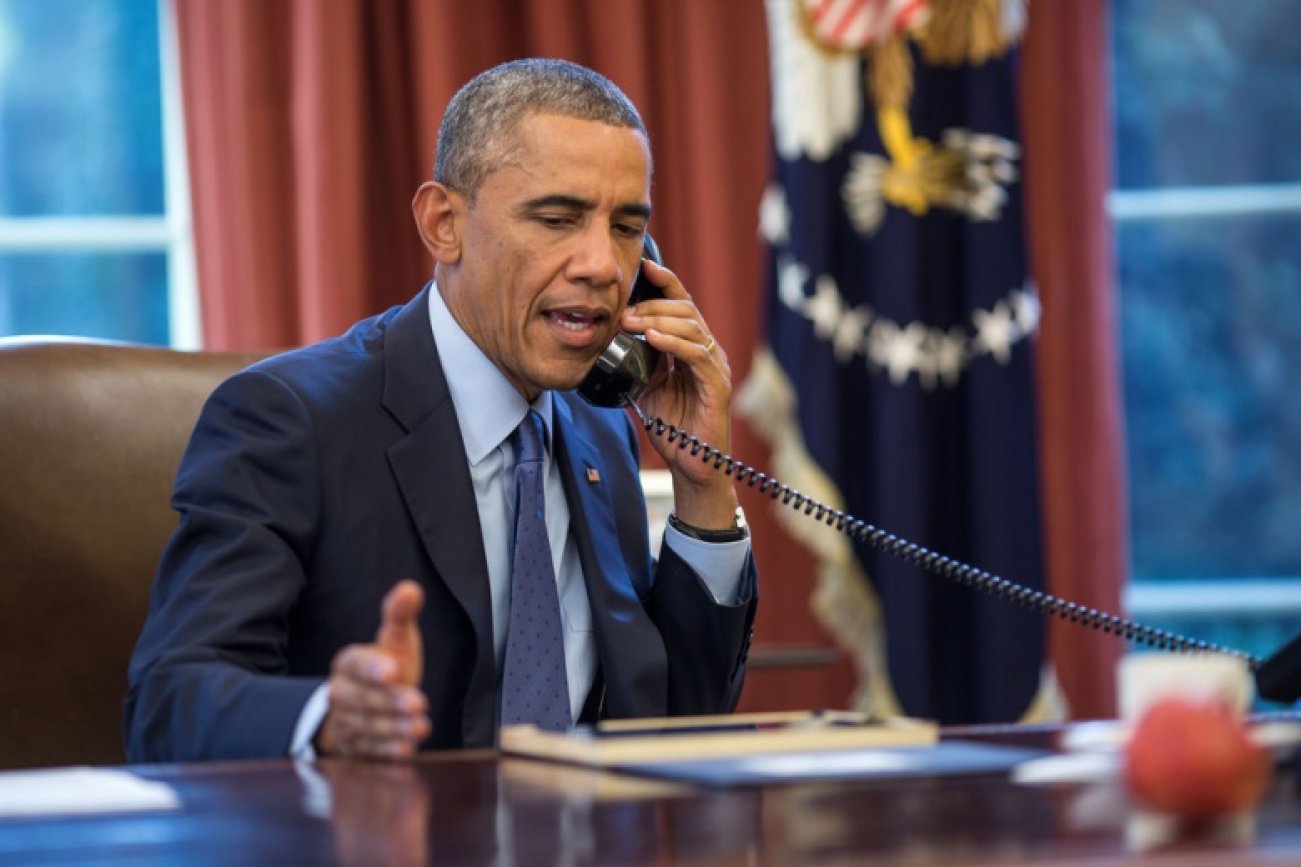 The escalating security threat posed by the Islamic State of Iraq and the Levant (ISIL/ISIS) should have come as no surprise to the United States. After all, the group traces its roots to post-invasion Iraq, where the U.S. spent a great deal of blood and treasure to degrade the Al Qaeda offshoot and quell a raging sectarian civil war. Recent conditions, including the Syrian civil war and increasing sectarian tension in Iraq, were a boon to ISIL, and intelligence officials warned numerous times about the threat the group posed. So why did the Obama administration “underestimate” the group, as the president and National Intelligence Director James Clapper have recently admitted?

One potential reason for the slow U.S. reaction to ISIL is that the threat of a nuclear-armed Iran has been hyped at the expense of major, more-realistic security challenges across the region. Spurred by hawks, Washington got busy with the nuances of a potential nuclear “breakout capacity" in Iran and overlooked the real-time breakout of the barbarous ISIL.

Preventing an Iranian nuclear bomb is critical, but panicking about the possibility has led to bad strategy that undermines our security. For over seven years, U.S. intelligence has certified that Iran has discontinued work toward a nuclear weapon. While Iran’s nuclear capabilities have continued to advance, partially in response to America’s continual escalation of sanctions, our intelligence agencies have certified that Iran has not made a decision on whether or not to pursue a nuclear weapon. Further, in the past year, diplomatic progress has limited Iran’s nuclear capabilities and put in place an intrusive IAEA inspections regime. As a result, the threat of a nuclear-armed Iran has diminished further, and diplomats are within reach of a comprehensive agreement that would prevent an Iranian nuclear weapon and another costly, unnecessary war in the Middle East.

Yet the diminishing danger of Iran’s nuclear program has only intensified the drive of hawks to keep the Iranian nuclear threat on the radar. Grasping for straws at the United Nations General Assembly last month, Israeli prime minister Benjamin Netanyahu asked “would you let ISIS enrich uranium? Would you let ISIS build a heavy water reactor? Would you let ISIS develop intercontinental ballistic missiles? Of course you wouldn’t.” The conflation of the bitter enemies Iran and ISIS would be laughable if Netanyahu wasn’t taken so seriously inside the Beltway. After all, just three years ago the prime minister got no fewer than twenty-nine standing ovations in an address before Congress.

Further, after backpedaling on efforts to get a vote in the Senate earlier this year on a diplomacy-killing sanctions bill, Netanyahu’s allies in Washington have backed several harmful Congressional letters on Iran policy. Most recently, a troubling letter signed by 354 members of the House of Representatives warns that an issue that is expected to be resolved during the course of the implementation of a final agreement (the IAEA’s investigation into prior, possible military dimensions of Iran’s nuclear activities) should instead be a prerequisite to striking an agreement. If implemented as policy, this would sabotage chances for a final deal.

With Netanyahu and hawks in Washington hyping the Iran threat, helping to amplify sanctions and diminish hopes for a diplomatic resolution, conditions in Iraq and Syria have been helping give rise to the ISIL resurgence. Moving forward, Iran’s continued status as a pariah state limits U.S. options in addressing ISIL.

While ISIL is destabilizing the region and committing numerous human-rights atrocities, the direct threat the group poses to the American homeland has been relatively limited. That is not the case for Iran. With ISIL’s control of Iraqi territory close to the Iranian border, Iran has a much more direct stake in efforts to counter the group. Further, despite the long American occupation, Iran has stronger ties with members of the Iraqi government and militias that could be key to defeating or degrading ISIL.

However, after Iran worked to find a suitable replacement for Prime Minister Maliki, the United States made clear that it will not work with Iran in countering ISIL so long as the nuclear issue remains unresolved. This refusal is partially due to an eagerness to maintain leverage in the nuclear talks, but it is also a concession that may have been necessary to secure assistance from Saudi Arabia and other Arab states to join the coalition countering ISIL.

In June of this year, the United States reportedly limited its intelligence sharing with Iraqis battling ISIL out of the fear that “sensitive data would end up in Iranian hands.” In diplomatic talks aimed at stemming the bloodshed in Syria, the United States rejected the possibility of an Iranian seat at diplomatic talks, despite the fact that Iran was—and continues to be—one of the key supporters of the Assad regime. Failing to include them only encouraged Iran to continue on its policy of backing Assad, dashing hopes for a stronger solution that could have saved lives and limited the growth of extremist forces. Going back even further, the George W. Bush administration pocketed Iranian help in forming a new government in Afghanistan, but then lumped Iran into the axis of evil and effectively ended hopes of further collaboration. Given the enormous, continuing costs of that conflict, it seems clear that the United States could have used all the help it could get.

While many have cast doubt on the fact that Iran and the United States could ever see eye-to-eye on regional issues, it’s hard to dismiss the possibility of future collaboration against ISIL—assuming neither side burns too many bridges in the immediate future. Each nation senses a direct threat from the group and has worked to halt ISIL’s advance. As much as they both might like to avoid it, the fact of the matter is that the United States and Iran will need each other to defeat or degrade their mutual enemy.

Ryan Costello is a Policy Fellow with the National Iranian American Council (NIAC).

Ali Fatemi is a finance professor at DePaul University and serves on NIAC's board of directors.