Helping Lebanon Succeed Is About More Than Countering Iran 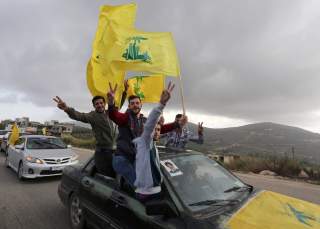 As tensions increase on the Israeli-Lebanese border following the discovery of Hezbollah-built tunnels last month and with President Donald Trump announcing a withdrawal of U.S. forces from Syria, the possibility is growing that a confrontation with Iran may move from Syria to Lebanon. Lebanon is increasingly viewed within the prism of containing Iranian influence, mainly as an arena to pushback on Iran’s key nonstate ally Hezbollah. But turning Lebanon into a new front against Iran would be a mistake.

Instead, American policymakers would be wise to engage Lebanon on its own terms. That is, as an important American partner and a rare example of a Middle East country with religious coexistence and a functioning democracy, albeit with the flaws and deadlocks inherent in a confessional political system. Yes, Hezbollah is a destabilizing influence within Lebanon and the region, but the best way to marginalize and weaken Hezbollah may be to help Lebanon succeed as a state, not to reduce Lebanon into a proxy front in a confrontation with Iran.

Yet despite remarkable resilience in containing the destabilizing spillover of the war in Syria next door and managing a refugee influx that is now at least a quarter of its population, Lebanon is in trouble. Most worrying is the possibility of an impending economic collapse. Widespread corruption, regular electricity shortages, poor infrastructure, reduced tourism, a debt to GDP ratio that is the third largest in the world (projected at 155 percent by the end of 2018), and an unemployment rate of 35 percent all contribute to economic anxiety. The continuing stalemate in forming a government since last May’s elections only further diminishes confidence in the government’s ability to handle the crisis. Another failed state in the region, let alone one on Israel’s border, could further ignite new regional wars and increase refugee flows and terrorism. This is not in anyone’s interest, including the United States.

The good news, however, is that Lebanon has attributes that may help it weather this storm. Known for its human capital with some of the top academic institutions in the region, Lebanese entrepreneurship continues to thrive despite the general economic and political malaise. Lebanon’s renowned banking sector maintains its professionalism and adheres to sanction restrictions against Hezbollah-linked entities as one of the most scrutinized sectors in the country.

The other key institution that transcends sectarianism is the widely respected Lebanese Armed Forces, or the LAF. Over the past decade this U.S.-trained army has proved to be highly capable in maintaining stability within the country, monitoring its borders and ports to prevent smuggling, and countering Islamic State extremists flowing in from Syria. On a recent visit to Lebanon a message a group of us from RAND heard again and again from a range of actors (who otherwise disagree) is that the LAF is one of the few state bodies that is independent and working. U.S. officials similarly view the LAF as a success story, one of the most reliable and professional military partners in the region. Many LAF officials have attended U.S. military colleges and are proud of their American training.

Appreciating these strengths and treating Lebanon as an independent actor may be the best way to ultimately weaken the influence of Iran and Hezbollah, and bolster one of the few free and pluralistic societies left in the region. Several practical steps could help.

First, maintaining U.S. assistance to the LAF is a relatively low-cost investment that is yielding high returns. U.S. security assistance to Lebanon has totaled over $1.5 billion dollars over ten years; in comparison, Egypt receives $1.3 billion in annual military aid. An effective multi-confessional army producing tangible gains for Lebanon’s security offers an important counter to Hezbollah and its sectarian agenda, even if it cannot take on the group directly (that needs to be done through political means).

Second, continued support for the United Nations Interim Force In Lebanon (UNIFIL) and its peacekeeping mission on Lebanon’s southern border is helping to prevent another war between Israel and Hezbollah. Since the end of hostilities between Israel and Hezbollah in 2006, UNIFIL has kept the “blue line” (established after the Israeli withdrawal from Lebanon in 2000) quiet for twelve years, not a minor accomplishment in an area that has endured multiple conflicts. A tripartite committee comprised of UNIFIL, Israeli and Lebanese military officials meet regularly to discuss violations and de-escalate sources of tension. With no direct contact between the Israel Defense Force (IDF) and the LAF, the UN forces serve as an indispensable mediator to keep things calm in the border region. As tensions heighten over Hezbollah-built tunnels, UNIFIL is again playing a key role in preventing escalation. With all the conflicts in the region today, keeping this area quiet is an objective worthy of strong U.S. support and ample resources to help UNIFIL fulfill its mission.

It may also be important to expand the U.S. relationship with Lebanon beyond the military dimension to boost long-term stability. Increasing economic assistance and investment could usefully complement the strong U.S. military relationship with the LAF. Helping Lebanon secure a demarcation for natural gas exploration off its coast and encouraging U.S. companies to invest could enhance long-term economic ties and help spur growth and development. Setting benchmarks for assistance linked to crackdowns on corruption could encourage improved governance and narrow socioeconomic gaps. In short, the strategic goal could be to help Lebanon build a civil state that serves the broader public rather than only a small circle of sectarian leaders. As one official put it, Lebanon needs support for the rule of law, not just the rule of the strong.

Finally, American leaders should be wary of the narrative that “Hezbollah is Lebanon.” As some Lebanese like to say, Hezbollah doesn’t control Lebanon; the Lebanese people are the victim of Hezbollah. The best way to prevent this false narrative from becoming reality could be supporting a successful Lebanese state and offering its people a better alternative. For the United States, turning its back on this small but strategically critical country and conflating U.S. interests in Lebanon solely with countering Iran could be short-sighted, and a missed opportunity at a time when the region has few.

Dalia Dassa Kaye is director of the Center for Middle East Public Policy and a senior political scientist at the nonprofit, nonpartisan RAND Corporation.