Henry Kissinger and Ending the Conflict Over Ukraine 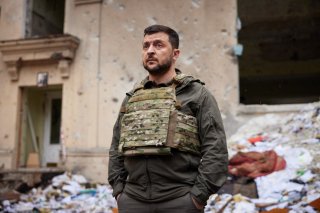 War is not like a Hollywood movie where the good guy always wins in the end. Civilization is coeval with conflict, not its Manichean opposite. In world politics, there is no apodictic solution to the problem of justice or the sempiternity of upheaval. Disorder cannot be transcended because human nature is not pliable like Play-Doh: we have deceived ourselves into confusing humanity’s indisputable technological progress with the illusion of our moral progression. Only in periods of history in which sophistry is mistaken for prudence and deliberation is permitted to atrophy into wishful thinking can there be a failure to understand that the teachings of thinkers like Thucydides and Machiavelli describe and explain the ways of the world better than any chiliastic alternative.

Falling squarely into one branch of this traditional understanding is Henry Kissinger, who provoked outrage in Kyiv and some Western quarters for having suggested in his recent video conversation at Davos that resolving the conflict over Ukraine may involve territorial adjustments. Earlier in his remarks, he had stated the basis for his assessment: “the outcome of that war, both in the military and political sense, will affect relations between groupings of countries […]. [T]he outcome of any war and the peace settlement, and the nature of that peace settlement, […] will determine whether the combatants remain permanent adversaries, or whether it is possible to fit them into an international framework.”

This way of thinking is consistent with Kissinger’s longstanding affirmation of a correlation between extended periods of stability and a common commitment to the legitimacy of an international system based on maintaining a balance of power between major powers. The common feature of periods in which balance of power politics predominate, he wrote in 1994, is the “elevat[ion of] a fact of life—the existence of a number of states of substantially equal strength—into a guiding principle of [international] order.” Put differently, a balance of power system is predicated on a common acknowledgment of relative weakness, whereby each major power concedes it cannot dominate others without incurring heavy costs and thus concludes that it is better off not trying to do so.

As Kissinger has rightly underlined, no balance of power system has ever been designed to eliminate crises and conflicts. When functioning properly, such systems of international order are simply meant to limit the scope of domination and conflicts. Their aim is to foster both stability and moderation, not perpetual peace or other such nonsense. Optimally, a balance of power system keeps everyone’s dissatisfaction at a low enough level to not result in attempts to overthrow the basic tenets of the system.

This is evidently not the way the Biden administration and others in the West understand geopolitics, and it is certainly not the way they view the conflict with Russia over Ukraine. For them and their fellow travelers, the war is a black-and-white manifestation of a global struggle between the partisans of democracy and autocracy. This is, of course, an understandable emotional response, but it is hardly the prism through which American, and by extension, Western decisionmaking should be understood. In no way ought geopolitics be conflated with eschatology: championing supremacy in the name of exceptionalism in an era of unipolarity was hubristic enough; trying to impose a “rules-based international liberal order” in conditions of increasingly acrimonious multipolarity is even more so. As Kissinger put it in a recent interview, “we have to be conscious of the differences of ideology and of interpretation that exists. We should use this consciousness to apply it in our own analysis of the importance of issues as they arise, rather than make it the principal issue of confrontation, unless we are prepared to make regime change the principal goal of our policy.”

This echoes part of my argument that the logical conclusion of the rhetoric espoused by the Biden administration in the context of staging last year’s Summit for Democracy is that it considers the Russian and Chinese regimes (and some others it identifies as autocratic) to be ultimately illegitimate. This does not necessarily mean that regime change is about to become actionable U.S. policy, but it does imply that, in principle, democracies should only make tactical concessions and accommodations with autocracies. This also aligns with the Atlantic Council’s recent assessment that the Western strategy in the conflict over Ukraine is to “inflict maximum pain without direct military engagement.” But the execution of a strategy without clear tactical goals is like mindlessly driving on the highway without a destination, to paraphrase Daniel DePetris.

After one hundred days of driving, the destination remains unknown: the fundamental question of Western war aims in the conflict over Ukraine is simply not being answered—not just in public, which is fine, but most probably in private, too, which is not. Is the aim to engender regime change in the Kremlin? The destruction of Russia’s capability to fight and win wars? A return to Soviet-era living standards for the citizens of the Russian Federation? A war crimes tribunal? A ceasefire? A peace agreement? A territorial settlement? A new European security architecture?

In the absence of a consensus answer to such and similar questions, the West remains united in an unprecedented political and financial effort to support Kyiv, which is the primary reason why Kyiv has become resistant to abandoning a maximalist warmaking and negotiation strategy. After all, even Achilles was nothing special without his sword and shield (and Athena’s self-interest).

But the truth is—however uncomfortable it may be to accept—that Ukraine was and remains an object of great power relations and not a subject of international order. Indeed, it would be hard to argue persuasively that a country that depends almost entirely on the free guns, ammo, and reconnaissance supplied by foreign powers is either fully sovereign or fully independent, regardless of its regime type.

Sounds harsh? Well, the support provided to Ukraine by the West comes in the form of arms sales and weapons transfers, military training, real-time intelligence sharing, direct cash grants and massive loan guarantees, an open-door refugee policy, and the threat of repurposing billions of U.S. dollars of seized Russian assets for reconstruction coupled with the promise of spending untold amounts of Western resources on the same. A report by the Kiel Institute for the World Economy indicates that between January 24 and May 10, 2022, the West (this includes Turkey) provided at least €64.6 billion worth of military, financial, and humanitarian commitments to the country, of which €42.9 billion (66 percent) came from the United States (more than half of the U.S. contribution is earmarked for military and weapons purchases). These staggeringly large figures appear to be conservative estimates, given that they neither include commitments by international financial institutions, philanthropies, and other non-governmental actors. And since the publication of that report, such unprecedented quantities may have already doubled.

It is thus becoming increasingly hard to disprove the Kremlin’s claim that the conflict over Ukraine amounts to a proxy war between the West and Russia—or at least that it has become one since the West realized that Moscow’s “special military operation” would not produce the rapid capitulation of the government in Kyiv. Consequently, the West was able to rally behind Kyiv’s “David versus Goliath” narrative, personified by its young and telegenic president, Volodymyr Zelenskyy.

So emboldened and equipped, an important thread in the strategic thinking of Ukraine’s leadership emerged: striving for total victory, defined as the return of all lands held by Russia, even including (in some iterations) Crimea. Such a maximalist outcome is the least likely to come to fruition without enormous cost, since it seems credible enough that Russia would be willing to use a tactical nuclear weapon or two to prevent it. After all, CIA Director Bill Burns did characterize Vladimir Putin as an “apostle of payback” in his 2019 memoir.

Nevertheless, one or another version of this maximalist posture is irresponsibly being encouraged by various Western leaders, as epitomized by the young and telegenic Estonian prime minister, Kaja Kallas, whose position the New York Times characterizes as Russia “must be defeated at all costs, and without compromise.” Other members of this Western maximalist faction include some (but not all) leaders of former Warsaw Pact states (all of which are now NATO members, which means they’re armed with the near-certain knowledge that they will not have to suffer the consequences of their tough talk), the UK government, and some parts of the Biden administration, including (it sometimes seems) the president himself.

There is something obviously inspiring about Ukraine’s resistance, as portrayed in much of the Western media: it would be surprising if Hollywood studio executives were not already commissioning scripts. Still, it is stupefying that the West’s maximalists see nothing wrong with coming dangerously close to allowing their own foreign policy to be outsourced to a state almost entirely dependent on the West’s largess to keep pursuing a goal of total victory, as defined above. Thankfully, no one near the levers of serious Western power and military might is willing to enter the conflict more directly: declaring and then enforcing a no-fly zone above all or parts of Ukraine has been rejected, as has been the overt deployment of NATO combat troops on either side of the front. But even such hints of sobriety have often been accompanied by ante-upping public statements. These not only tactically undercut the pursuit of a policy of relative restraint (or at least escalation beyond the point of no return), but they will also make it more difficult to advocate down the road for an outcome that falls sort of what the Kremlin effectually would consider to be unconditional surrender.