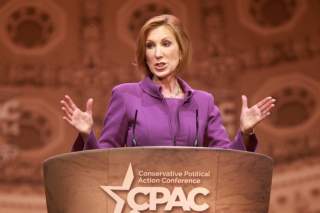 Presidential debates are like Rorschach tests. What people see tends to reflect what’s going on in their minds more than what’s happening on stage, something to keep in mind when reading most post-debate analyses.

How else to interpret confident assertions that Jeb Bush, Scott Walker or Ted Cruz won the first Republican presidential debate when each of them disappeared for long stretches of time? Did any of them say anything as memorable as Ben Carson’s closing statement, when after looking lost for most of the evening he reminded the audience that he was actually the smartest person on the dais?

But these events aren’t entirely subjective because they inevitably produce big moments about which there is widespread agreement. So let’s get the consensus views of the Republican debate(s) out of the way first.

Carly Fiorina was the star of the first debate, really more of a candidate forum or joint press conference, for the seven Republicans who are prominent enough to be considered major candidates but who weren’t polling well enough to be included among the top ten.

This isn’t exactly surprising. Fiorina has proved a polished communicator and a trenchant Hillary Clinton critic. Fiorina has the advantage of being able to go further in her attacks on Clinton without being accused of sexism, while also having the good taste to not go too far, a perennial problem for anti-Hillary polemicists on the right.

Republican audiences like Fiorina, but it so far hasn’t translated into making them want to vote for her in large enough numbers to make the top tier in the national polling. (How valuable the national polling itself is can be reasonably debated.) This has frustrated many GOP professionals, because they realize it can’t be good for the party’s image to downplay her while showcasing Donald Trump.

Fiorina clearly outshone everyone on the first debate stage, an otherwise embarrassing event that from the moderators’ questions to the lack of an audience seemed designed to remind the viewers at home they were watching political losers. More importantly, she had lines that would have stood out in the main event.

Rick Perry tried hard to break through, bless his heart, but his limitations as a debater don’t really seem to be a product of medications taken to soothe his back pain. His political talents are glad-handling, backslapping and other things that are effective in person but don’t translate well on television.

Nevertheless, Perry barely missed the cut for the main debate, edged out by John Kasich. He was the most obviously hurt by his exclusion. There’s a big difference between taking on Trump when he is in the room versus when he is not.

Nobody dominated the primetime debate as thoroughly as Fiorina nor bombed as completely as most of the happy hour candidates did. But if you had to pick a single best primetime performer, it would be Marco Rubio. He had good lines, especially about Trump not financially supporting him in his 2010 Senate race, and laid out the conservative message in that is accessible to non-conservatives. He didn’t come across as too young or callow.

I’m not sure he should have conceded that Clinton would win if the presidential election was decided based on resume—there were some resumes at least as strong on stage with him, if not his own—and the lack of exceptions to his opposition to abortion will be repeated ad nauseum if he is the nominee.

Kasich benefited from homefield advantage, but also made the most of his time. His defenses of the Obamacare Medicaid expansion are hard to square with his congressional record as a government-cutter and would-be entitlement reformer, but he was affable, competent and more focused than in his unwieldy announcement speech. His rise in New Hampshire makes him someone to watch.

Bush and Walker didn’t do anything to hurt themselves. The former Florida governor in particular looked presidential and ably defended his pro-life record. But neither said much that stood out. Walker suffers from the fact he has less charisma than the other conservatives in the race, Bush needs more of a spectacle to unfold around him to benefit from his low-key persona. Telling Republicans to vote for another Bush is like asking his father to eat broccoli.

Everyone thinks Trump did relatively badly and I agree, with a caveat. Many of his supporters share his contempt for the process and the other politicians. So while he was unprepared and it showed, I wouldn’t bet Trump Towers it will put that much of a dent in his poll numbers yet. I do wonder how long he can get away with attacking figures popular with conservatives. Megyn Kelly isn’t Rosie O’Donnell.

The biggest bit of conventional wisdom I dissent from is the idea that Rand Paul bombed. Yes, he was overeager to insert himself at times. But he needs to recapture some of the excitement his libertarian base once had for candidacy and that involves picking fights on civil liberties or foreign policy. He was able to do that without losing the room as his father often did.

Maybe this is pro-Paul confirmation bias on my part—remember what I said about Rorschach tests at the outset—but I thought both he and Chris Christie were doing what they needed to do in their surveillance exchange. Paul was showing he was willing to speak libertarian truth to power, Christie was showing that he could be blunt and combative.

All in all, not a bad couple of events considering there were 17 candidates in play and a lot of criticism of the format beforehand.