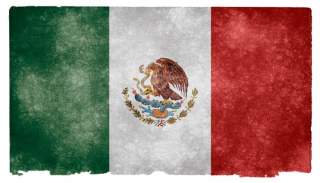 Over the past year, the eyes of the energy world have been on Mexico. Energy companies, investors, and other stakeholders have been waiting for the liberalization of Mexico’s energy industry, which has been closed to private investment since 1938. With the landmark passage of Mexican energy reform in August, that wait is finally over. Mexico is now on a path toward energy transformation.

The twenty-one laws signed by President Enrique Peña Nieto on August 11 do more than just turn last year’s constitutional reforms into groundbreaking legislation that will open up new energy frontiers for Mexico and its people. Much has been written about the fact that, for the first time in seventy-six years, private companies will be able to participate in oil and gas exploration and production. The legislative infrastructure of the reforms is robust and should make Mexico a competitive destination for upstream investment. Larger investment flows will facilitate production growth, more revenues for the Mexican state and positive contributions to global supply.

Yet, less attention has been paid to the importance of successful implementation of the natural-gas and power-sector reforms. The domestic political fortunes of energy reform will hinge largely on the Mexican government’s ability to deliver on its promises of lower electricity tariffs. Whether it fulfills this promise will largely determine if the reforms render broader economic benefits, and as a result, enjoy progressively more public acceptance. Average tariffs in Mexico are currently “25 percent higher than those in the U.S.,” seriously undermining the country’s economic competitiveness.

The primary objective of the gas and power reforms is to restructure the tariffs and upgrade the country’s electricity infrastructure so that it is better able to capitalize on Mexico’s natural resources, particularly the natural gas expected to become available because of the broader energy reform. Allowing market pricing of gas should increase supply and expedite the large-scale conversion of oil-fired power plants to natural gas, the buildout of gas-distribution infrastructure and the provision of lower-cost electric power. Significant foreign investment will be needed to accelerate the infrastructure buildout required to bring about an internal natural-gas market and meet greater demand. This comprises a significant opportunity for private investors. Mexico has every incentive to make them feel welcome and leverage their assistance.

Among the paramount concerns of those opposed to the reforms is the future of Petróleos Mexicanos (PEMEX), Mexico’s state-owned oil and gas company, which will now be required to compete with private companies.

While the state-backed company’s monopoly on hydrocarbons exploration and production will come to an end, PEMEX will emerge stronger, more independent and competitive, thanks to these reforms. PEMEX has been allowed to retain much of its existing acreage, and will be permitted to migrate what it chooses into new joint ventures with private companies—providing it with unprecedented exposure to outside technology and business practices. PEMEX will also no longer be permitted to effectively regulate itself. Instead, Mexico’s oil and gas sector will be overseen by independent regulators that will be required to hold PEMEX accountable to the same standards as private companies.

Meanwhile, the law’s approach to local content requirements, which in the right measure can help maximize the benefits of energy reform for Mexico’s economy, has proven the government’s willingness to listen to the investor community. While the national goal is to have 35 percent local content for aggregate exploration and production activity by 2025, the authors of the legislation have provided enough flexibility so that each individual contract does not have to meet the 35 percent target.

Can the government continue to deliver change? Despite the political challenges, the Peña Nieto administration has thus far completed with aplomb every step of this complex reform. Earlier this month, the government disclosed its “Round Zero” acreage decisions—which assign some oil and gas fields to PEMEX and open others to private auction—almost a month before the due date. While challenges remain, the government has proven its intentions to act quickly and efficiently.

Mexico’s government has put forward a balanced law that should draw investment quickly, modernize Mexico’s regulatory regime, strengthen PEMEX and accelerate manufacturing and industrialization through cheaper electricity tariffs. A number of crucial steps are clearly still to come, but the international investment community can be optimistic that the Mexican energy sector is on the path to change, openness and true transformation.

David Goldwyn is the nonresident senior energy fellow at the Atlantic Council’s Adrienne Arsht Latin America Center. He served as special envoy for international energy affairs at the State Department from 2009 to 2011 and is a coauthor of the Arsht Center’s new publication, “Mexico’s Energy Reform: Ready to Launch.”