Here's How the European Union Can Fight Money Laundering 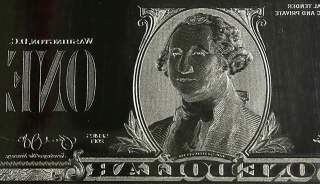 The important but arcane business of policing the financial system is usually thought to be the work of cops, compliance officers, and technocrats. But money laundering is hot these days—diplomatically speaking.

On September 12, Jean-Claude Juncker used his last state of the union address as European Commission president to describe the role Europe should aim for in international affairs. His vision called for renewed commitment to rules-based diplomacy, resurgent defense spending, and a united Europe forging new alliances from Africa to Japan. But alongside the fairly conventional statecraft, he made some surprising digressions. What Europe really needs, Juncker contends, are new measures to fight money laundering and a leading role for the Euro to reduce Europeans’ reliance on the U.S. dollar.

In a little-noticed editorial three weeks before Juncker’s speech, German foreign minister Heiko Maas made similar points. In his strategic vision for Europe, Maas stressed the need for a new payments system to free the EU from the long arm of American sanctions on Iran and other geopolitical issues.

It might seem strange that calls for a new world order from one of Europe’s most powerful politicians and Germany’s top diplomat would come down to the technical details of an alternative to the U.S.-based SWIFT payment messages system. Unless, of course, you happened to follow the British Parliament over the summer.

After several months of evidence and testimony, the United Kingdom’s Foreign Affairs Committee concluded in May that money laundering is a foreign-policy issue. It allows those who would harm the UK, such as the Russian agents who in March poisoned former Russian military intelligence officer Sergei Skripal and his daughter in Salisbury, England, to hide the sources of their financial support.

Moreover, Europe is awash in money laundering scandals. As repercussions from the Danske Bank probe in Latvia are increasingly felt in Denmark and the UK, and as ING’s settlement with Dutch prosecutors shines a light on corruption as far afield as Uzbekistan, it is increasingly clear that Britain’s parliamentarians got it right. The scale and cross-border nature of money laundering make it a matter for diplomats and dignitaries for at least four reasons.

Firstly, countries can project national power by driving money laundering standards internationally. America, for example, often drives the agenda at the Financial Action Task Force, or FATF, a standard-setting body it co-founded and whose rotating presidency it assumed in July 2018. Through such forums, the United States aligns the global fight against illegal money with its own priorities and defines the terms of debate about which countries and types of commerce are illicit. For its FATF presidency, nuclear proliferation finance, support to terrorism, and virtual currency are on the agenda. However, Iranian trade and Russia’s energy sector are off the table, for everyone.

Secondly, money laundering is a security issue for many countries, as the British hearings suggest. By fighting money laundering, governments can reduce the transnational threats they face to a more manageable scale. For those with intense domestic fights against insurgency or organized crime, enlisting international partners to constrain the money flows can help tip the balance in the battle back home.

Furthermore, nations that have suffered immense corruption at the hands of former rulers also have a vested interest in cooperating internationally on money laundering, in part to see their stolen money returned. In December 2017, Nigeria had a mutual legal assistance treaty with Switzerland to thank for the return of more than $320 million plundered by former military ruler Sani Abacha.

Then there is the financial motivation for fighting dirty money. When financial firms are the jewels in a nation’s economic crown, a robust anti-laundering regime can protect their integrity and thus the brand of a key export. One incarnation of this approach is Switzerland’s foreign policy strategy for 2016–19, which acknowledges compliance with international tax transparency standards as pivotal for promoting its financial center. To date, eighty-one Swiss banks have participated in a U.S. Justice Department program to resolve potential money laundering and tax evasion liabilities in America. Bolstering a strategic partnership with the United States unsurprisingly remains a Swiss foreign-policy priority.

Finally, good money laundering controls make good neighbors. When a country fails to prevent its banks from being misused, the fallout can provoke diplomatic incidents with key allies. In the case of Latvia, its banking sector’s practice of accepting deposits from nonresident clients proved lucrative but also allowed foreign shell companies to move billions in opaque money through Europe. In February 2018, the U.S. Treasury cut off a top-three Latvian bank from the U.S. financial system over money laundering concerns.

That action proved politically embarrassing for the EU. European Central Bank and Commission officials were forced to explain why it was left to U.S. regulators to address a European problem.

The root of that problem is the need for centralized anti-money laundering supervision across Europe to harmonize standards and prevent countries with less robust regimes from unwittingly serving as open doors to the rest of the EU. Frameworks for fighting laundering currently exist at the national level and vary widely across the EU. As a consequence, Europe’s defenses against the proceeds of crime are only as strong as its weakest members, whose shortcomings can quickly become a security and diplomatic issue for the block as a whole.

Europe’s approach to money laundering will ultimately need to feed into its foreign policy. The current foreign-and security-policy strategy for the EU, unveiled in 2016, envisions security primarily as compatible defense hardware and closer cooperation on terrorism and cyberspace. Undermining the financing of the threats facing Europe, and of the actors whose corruption or violence contravenes European values, is equally important. Strong leadership in combating opaque financial flows will strengthen the EU as a security community and help elevate its standing in global affairs.

Andrew Rennemo works at an international financial institution in London. He was previously an intelligence analyst in the U.S. Treasury Department focused on transnational threats and a management consultant for anti-money laundering risk and forensic investigation.