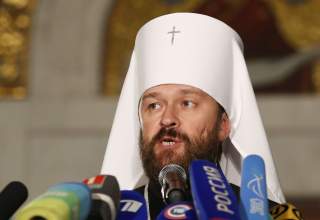 I am starting to get annoyed at the number of commentators who have no background in Orthodox ecclesiology and scant knowledge of Byzantine, Ukrainian and Russian history or about the contemporary realities of religious life throughout the former Soviet Union. These pundits nevertheless feel confident to deliver sweeping pronouncements about the Ukrainian Orthodox Church situation and its ramifications for the Moscow Patriarchate and the Orthodox Church as a whole. At a minimum, one would hope that anyone offering commentary would be well versed in the disputes over the interpretations of the canons of the Council of Chalcedon (451), the controversy over the creation of the Autocephalous Polish Orthodox Church nearly a century ago (in 1924), and the significance of the Pochaiv conclave (which attempted to create a unified Ukrainian Orthodox Church in 1942). Ignorance of these and other developments should be seen as disqualifying to offering anything that purports to be an expert opinion on the matter.

These historical points are raised not to play at trivia but to suggest that the crisis besetting Ukrainian Orthodoxy is not a result of the 2014 Maidan uprising and the subsequent Russian intervention, but has been percolating for a long while. Recent events have brought matters to a head, but did not create them. All of the above are playing themselves out in a fashion that, while overlapping with current geopolitical developments, have and will continue to exist independently of them.

Additionally, there is too much of a focus on top-down solutions; that somehow the pronouncements of the Ecumenical Patriarch Bartholomew will settle the matter. Some of the confusion here is assuming that the Ecumenical Patriarch enjoys a status in the Orthodox world akin to that of the Pope of Rome for the Catholic Church; that he has the ability to deliver a “final word” on any issue. The bottom line is that Orthodox Ukrainians will continue to determine what sort of Church administration they want.

Orthodox Christians in Ukraine—both those who would be considered active believers and those whose allegiance to religion is more nominal—can be subdivided into three broad groups.

The first and smallest—generally comprising those who would identify as ethnic Russians or who view Ukrainianess as a subset of a larger “all-Russian” identity— see no differences between Russians and Ukrainians and therefore no reason for separate church administrations. The separation of Crimea and the migrations from Donbass into Russia have reduced the numbers of adherents to this position remaining in Ukraine.

The second group consists of those who argue that Ukrainian Orthodoxy forms a distinct community but that Ukrainian Orthodoxy remains interwoven with Russian Orthodoxy (via common traditions, saints, etc.) so that a Ukrainian Church cannot and should not be sliced away from a larger whole. This group, for instance, would resist introducing modern borders to suggest that St. Sergius of Radonezh (inside the borders of Russia) or St. Efrosina of Polotsk (now in Belarus) are “foreign” saints. This group instead would lobby for the status quo of a series of autonomous churches across a larger spiritual/civilizational realm comprised by the Moscow Patriarchate. This view, however, has lost ground since 2014, and some Ukrainian Orthodox who would have been content to remain part of the Moscow Patriarchate are now concerned about the implications of a spiritual head residing in a hostile foreign country. For example, this is similar to how American Orthodox worried about remaining under the direction of a Patriarch under Soviet control and jurisdiction during the Cold War. Finally, there are those Ukrainian Orthodox who argue that Russian Orthodoxy is utterly separate and unrelated to Ukrainian Orthodoxy—and point to events such as Andrey Bogolyubsky sack of Kiev in 1169 as early evidence of Russian-Ukrainian antagonism. Even those who might concede that Russian Orthodoxy developed as a result of the conversion of Kiev would point out that the Ukrainian Orthodox Church, certainly since the fifteenth century—was evolving separately from the Russian Orthodox Church and that it was unjustly merged with the Russian Church, first during the Russian Empire, then the Soviet Union.

The second set of issues has to do with canonical legitimacy for those Ukrainian Orthodox who want a Church separate from Moscow. The first attempt in the twentieth century to create an independent Ukrainian Orthodox Church separate from the Russian Orthodox Church, at the Kiev Sobor of 1921, was viewed as illegitimate by the rest of the Orthodox world who questioned the credentials and the apostolic succession of its bishops. Over time—first from the Polish Orthodox Church which itself claimed to be the rightful successor to the old Metropolitanate of Kiev—and then from the Ecumenical Patriarch, hierarchs viewed as legitimate were consecrated. But, the current Ukrainian Autocephalous Orthodox Church (UAOC) was still viewed by some believers as canonically suspect when it resumed operations on the territory of Ukraine after independence in 1991. It also was viewed suspiciously by some locals and more importantly officials who saw it as an émigré organization.

The second effort was the creation in 1992 of the Kievan Patriarchate, by former Moscow Patriarchate bishops and clergy led by the Metropolitan of Kiev, Filaret (Denisenko), who had lost the 1990 election to become Patriarch of Moscow to Metropolitan Aleksii (Ridiger). The problem here was not simply that the Moscow Patriarchate suspended Filaret for ecclesiastical “rebellion”—after all, other Orthodox churches have, at times, faced such censure but ultimately had their status recognized. (One most notable example is the Bulgarian Orthodox Church, which was out of communion with the Ecumenical Patriarchate from 1870 to 1945 and was condemned by Constantinople along similar lines.) The problem was that then-Metropolitan Filaret was also accused of personal transgressions that would invalidate his status as a bishop. Metropolitan Filaret denied those charges and maintained that the Moscow Patriarchate condemned him for his advocacy for Ukrainian autocephaly—but all other Orthodox churches upheld the sentence of the Moscow Patriarchate. Even after his election as Patriarch of Kiev, the Kievan Patriarchate was unable to attract additional clergy and parishes because of the belief that it was canonically illegitimate and its inability to convince any other Orthodox church—including that of Constantinople until 2018—that it should be treated as a canonical Orthodox body.

President Petro Poroshenko’s gamble in 2018 is that if the Patriarch of Constantinople was to give a clean bill of canonical health to the two independent Ukrainian jurisdictions—that their bishops are legitimate and that their status as churches is valid—he would be able to incentivize those Ukrainian Orthodox currently under the Moscow Patriarchate, only because they wished to remain under a canonical jurisdiction, to leave and join with the other two in forming a single Ukrainian Orthodox Church. That single Church’s status would then be confirmed by the issuing of a tomos, or decree, by the Patriarch of Constantinople. Why Patriarch Bartholomew decided to reverse his position and become involved is less clear—but growing disputes with Moscow and a sense that the splits in Ukrainian Orthodoxy were persisting may have changed his opinion.

Two problems, of course: the Patriarch of Constantinople has no spiritual power to compel any Ukrainian Orthodox currently under the Moscow Patriarchate to leave its jurisdiction. The second is that other Orthodox Churches, not just Moscow, are under no obligation to recognize these decisions as valid or binding on the entire Orthodox world. Over the coming weeks and months, what Ukrainian Orthodox bishops, priests and parishes do will matter, as will the reaction of the Ukrainian state and government.

For President Vladimir Putin, major defections from the Ukrainian Orthodox Church of the Moscow Patriarchate would represent one of the clearest rejections of his view that Ukrainian and Russians form a single people and civilization; it would, in essence, be Ukrainians voting with their feet to reject that proposition. On the other hand, if President Poroshenko’s government begins to use administrative pressures to compel priests and parishes to break their ecclesiastical ties to Moscow, this could prove politically destabilizing both in Ukraine and complicate its relations with the West.

For the Patriarchate of Constantinople, this act carries with it risks of fracturing the Orthodox world as a whole. While his position carries important prestige, he presides over a flock of several thousand inside Turkey plus elements of the Greek Orthodox diaspora, notably in the United States. He exercises direct authority over only a small percentage of the world’s Orthodox—and other patriarchates, such as that of Antioch in Syria or Serbia—may contest his decision, both for religious reasons and others. For instance, especially in the case of the Antiochian Church, there is the belief that Russian political and military support is vital to its very survival in the Middle East. While elements in the U.S. government support Patriarch Bartholomew’s decision as part of the process to enhance Ukrainian national identity and statehood vis-à-vis Russian claims, Washington has done little to protect the Patriarchate against Turkish pressure in the past. Moreover, given Turkey’s newfound tilt towards Russia, President Recep Tayyip Erdoğan—who has never liked the Patriarchal presence in Turkey to begin with—may be more than happy to intensify pressure on the Patriarch in retaliation, especially if this is seen as pleasing the Kremlin.