Here's Why U.S. Tactical Nukes Are a Bad Idea. 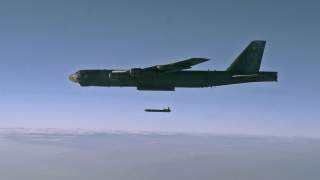 Policymakers in Washington are making a case for low-yield nuclear weapons. But these weapons aim to solve a problem based on major and unsubstantiated assumptions about Russian doctrine. Such weapons will not meaningfully affect Russian calculations if the Kremlin fears the existence of their state is at stake. They may, however, reinforce a view in Moscow that the United States seeks superiority across both the nuclear and conventional domains.

U.S. policymakers worry that were Russia to begin losing a conventional conflict, it might escalate to the use of nuclear weapons to de-escalate and settle the conflict on terms favorable to Moscow. They also argue that Russian aggression against U.S. allies in Europe becomes more likely if the United States does not have low-yield nuclear warheads to symmetrically match Russia’s escalation. Having such weapons would deter the Russians from considering nuclear preemption and strengthen U.S. deterrence.

This logic rests on several problematic assumptions. It starts with a worst-case interpretation of Russian strategy and doctrine. There are indicators but no conclusive evidence to substantiate the claim that “escalate to de-escalate” is Russian strategy. Conclusive evidence of such a strategy would be declaratory strategy indicating such an orientation, posturing that did the same, as well as capabilities that would sustain such a concept. Of the three elements, only the third is clearly discernible.

Russian declaratory strategy is not one of “escalate to de-escalate” or nuclear preemption. Official communications, including the last three iterations of Russian military doctrine and several statements made by President Putin, Defense Minister Shoigu and General Staff Chief Gerasimov, point to Russian attempts to reduce their reliance on nuclear weapons. In October, Putin explicitly sought to clarify Russian nuclear doctrine to a Western audience: “Nuclear preemption is not in our doctrine.” Still, U.S. policymakers continue to assert that Russian doctrine is one of preemption.

Russian posturing and exercising patterns are other indicators of whether Moscow has a strategy of early and limited nuclear use. This realm is where the intelligence community has its main analytical advantage; they can collect and accumulate more detailed data on exercise and posturing patterns than open source analysis. Still, drawing definitive conclusions regarding what Russia would do in a conflict based on posturing and exercising remains tricky, even given access to information gathered clandestinely or by national technical means.

Military exercises are designed for several purposes, one of which is strategic communication. Another is meeting the exercise goals for all participating units. Units with nuclear or dual-use systems will also be exercised at some point. On the other hand, some of Russia’s nuclear posturing, like flying nuclear attack profiles against Western targets, seems less ambivalent. Still, it is not possible to definitively conclude that posturing a capability for nuclear targeting indicates preemptive doctrine. Even with perfect clandestine information, war plans cannot tell definitively what Russian leaders would do in a crisis. The decision to use nuclear weapons will be a political one taken by President Putin.

The most conclusive evidence for a Russian strategy of limited nuclear use is its large arsenal of sub-strategic nuclear weapons. Russia continues to see value in this arsenal, and continued modernization indicates that the Russians see a role for these weapons also in their future arsenal and concepts. This capability development seems at odds with declarations that Russia now seeks to rely more on conventional military capabilities. It also raises questions about the political and military coordination of Russian strategy formulation and arms procurement and development.

Given the uncertainty stemming from both declaratory strategy and posturing, the certainty with which U.S. policymakers claim they know how Russia would use nuclear weapons in crisis is surprising. The certainty that a new low-yield nuclear weapon will change the Russian calculus is also dubious. We would need to know more about the scenario under which Russia would contemplate nuclear use.

Russia clearly states that it would consider using nuclear weapons when “the very existence of the state is under threat.” Although that formulation may be subject to interpretation, it signifies some requirement of aggression against Russia proper. It seems prudent to assume, although we cannot be sure, that the Russians will exhaust conventional options before resorting to nuclear ones. In other words, the situation would have to dire, for Russia to consider a limited nuclear strike.

Will a new U.S. low-yield nuclear warhead sway their calculus in that situation? Put more succinctly, will a new low-yield nuclear warhead convince Russian leaders that the war they are fighting is not worth nuclear escalation, despite their perception that the Russian state is under threat? Russian doctrine and strategy signal there are no nuclear taboos when their existence is threatened. They signal that there will be no crisis stability in a large-scale confrontation with Russia if its vital interests are threatened.

New American low-yield nuclear warheads is a strategic response based on not the most likely, but the most dangerous possible interpretation of Russian strategy, one directly at odds with Russian declaratory nuclear strategy. Russia does not have a doctrine of nuclear preemption, and it remains uncertain about the efficiency of escalating to de-escalate. But Russia will consider using nuclear weapons earlier than America in a conflict when its existence is at stake. New U.S. nuclear weapons will not persuade Russia of the reduced utility of its nuclear weapons.

Dr. Kristin Ven Bruusgaard is a Nuclear Postdoctoral Fellow at the Center for International Security and Cooperation (CISAC), Stanford University. Her research focuses on Russian nuclear strategy and doctrine.