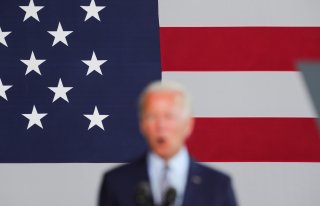 President Donald Trump has made some surprising moves in the national security arena, including taking force off the table with respect to North Korea, announcing the withdrawal of U.S. troops from the Syrian battlefields, killing Maj. Gen. Qassim Suleimani along with nine other Iraqi and Iranian nationals and terrorists, and tweeting orders to the U.S. Navy to “shoot down and destroy” Iranian boats that harass U.S. warships. All have major implications for U.S. foreign policy. All appear to have been short-fused decisions without a great deal of thought for long-term consequences.

While these may seem like uniquely Trumpian acts, the president has a lot of historical company. In fact, if we likened administrations’ decisions on using force to psychologist and economist Daniel Kahneman’s notional System One (fast, intuitive) and System Two (slower, deliberative) decisionmaking categories for individuals, most would fall into the first category.

President Harry S. Truman made what he called the most difficult decision of his presidency—deploying combat troops to South Korea (it was not dropping atomic weapons)—during his early morning washup and immediately upon receiving a request from the commander in the field, a request that turned out to be based on wildly inaccurate views. President Dwight D. Eisenhower’s decision to intervene in Lebanon in 1958 was made before any formal discussions took place and based on his sense of the region-wide effects of a coup that had taken place in Iraq. President Lyndon B. Johnson’s early decisions on bombing and on deploying combat troops to Vietnam; President Ronald Reagan’s deployment of Marines to Lebanon; President George H. W. Bush’s decision to terminate the first Gulf War; the early decision to fight in Iraq regardless of progress in Afghanistan; these are just a few choices that reflect the ability of U.S. presidents to make momentous decisions quickly and with limited input.

Not all impulsive or intuitive decisions are bad, and some are necessary, but most lead to pathologies as governments try to catch up with the decider-in-chief and devise appropriate strategies. President Bill Clinton’s national security adviser’s response about how to salvage the ill-conceived bombing campaign designed to stop ethnic cleansing in Kosovo—“more bombing”—is emblematic of the problem.

A picture of major U.S. foreign policy decisions as the product of impulsive behavior causes cognitive dissonance for many scholars and policy analysts. We crave broad interpretations such as Containment and Meliorism to help explain varied reactions to a messy world, and constructs like Wilsonianism and Jacksonianism, to bring some clarity regarding intent and purpose. But momentous, path-altering decisions are made by strong-willed, flawed individuals who are relatively unrestrained in their ability to choose whether and how to deploy force. The same president can behave on different days as a Realist or a Wilsonian, a globalist or a unilateralist, a Jacksonian or a jackass.

The Next Decision Could be Worse

Unfortunately, the future will bring more of the same, or worse, for two main reasons. One is that the historic battle between the Executive and Legislative branches of government regarding the making of national security policy is over, and the Executive has won. In cases dating back to the Civil War, the Supreme Court has upheld the continual expansion of presidential powers over foreign policy. By the same token, Congress has not seriously challenged impulsive presidential decision making. The War Powers Resolution of 1973 failed to affect materially any decision on the use of force, and regardless of the political complexion of Supreme Courts, Congress never challenged clear violations of the Act out of fear that its legal basis would be destroyed. Congress’s essential disunity on foreign affairs since the early 1990s forecloses any leveraging of its Constitutional powers on these matters.

The second reason is the increasingly brutal party selection and national election processes. Now more than ever, the individuals who navigate internecine party wars, a year of raucous and unpredictable primaries, and the fullest possible exposure of private lives and pockmarked personal histories, feel with some justification that they owe little to anyone’s judgment beyond their own. They have had the ultimate responsibility to hire and fire the team that got them to the oval office and have made the hardest calls about where and how to campaign. With surprising regularity, they have been told by friends and advisers at some point along the campaign trail that the jig was up and they should save their energy and money to fight another day; in the end, they triumphed.

If they didn’t when they entered the race, then at the end of it these individuals have an unswerving will and supreme confidence in their insight, instinct and judgment. Given the constitutional and political contexts, this does not bode well for a future with expanding opportunities for the use of force.

Three kinds of initiatives could moderate impulsive decisions on war and peace by focusing respectively on a congressional role in strategy deliberations, on building a pool of research and expertise, and on expert opinion close but not beholden to the president.

A Congressional Use-of-Force Resolution. The 1973 War Powers Act set Congress on a course of ever-decreasing influence over use-of-force decisions. Its weak legal footing was hammered into the ground by a half-century of presidents ignoring or discounting its requirements, while U.S. foreign policy moved towards lower-level uses of force, from drone strikes to brief special operations, making formal declarations of war and authorizations to use force anachronistic.

A more realistic approach going forward would be a joint resolution focusing not on war powers but on war strategy. Congress could require consultation on how presidents intend to use force, what the goals are, and how long it will be used. It could codify requirements for the kinds of reports and hearings that would assist even the most politically driven administrations in making more informed decisions. This approach would not re-engage the lost battle for the power to make war but instead would open a new front on the power to shape the war.

An Office of Intervention Assessment (OIA). Rather than focusing on either authority or strategy, this initiative would develop deep pools of expertise to be drawn upon by all branches of government and both parties. The charter of an OIA would be to identify hotspots, gather basic information, and provide analysis on the social, political, economic, transnational, and military issues that decisionmakers and the Congress would need in the event of a possible conflict.

As with the Office of Technology Assessment, established by Congress in 1972 to assist with emerging issues in biotechnology, space, communications, and other matters bridging science and policy, an OIA would take requests for studies from any committee chair or ranking minority member. As with the OTA, Congress would provide oversight of the OIA through a Board consisting of equal numbers of Senators and Representatives divided equally between parties, and an additional Board bringing in appropriate analysts and academics from all relevant fields.

For more than two decades the OTA provided reports on the kinds of issues to which politicians, campaigners, and presidential staffers have not dedicated their professional lives, from body armor to the Strategic Defense Initiative. For a budget that would be a rounding error on many platforms, an OIA could anticipate conflicts and generate expert analysis upon request.

A President’s Advisory Board on the Use of Force (PABUF). Beginning in the 1970s many governments created independent banking systems in acknowledgment of the beneficial impact of autonomous expertise on complicated macroeconomic problems. The creation of a PABUF would be an analogous recognition of the expertise lacking in so many decisions on war, and bind it to the fact that some presidents prefer respected opinions, if only in short bursts, to detailed studies.

Its primary job would be to ask the hard questions that often get buried in the rush to choice: What will this conflict cost in lives and treasure? How long will it take? What is the society we are entering? What will be the regional impact? Will we have a coherent government to work with? Will the population want us there? How will the U.S. public react?

Such questions usually receive short shrift. One notable exception was the 1954 deliberations on whether to intervene to save the French and western position at Dienbienphu. Army Chief of Staff General Matthew Ridgway assembled experts in various fields, sent them to Indochina, and produced a report that detailed all the gory details, political and otherwise, of the costs and risks of intervening. At the same time, the National Security Council worked deliberately over many weeks to discuss and debate and air all views.

Those were different times, with different leaders on both sides of the civil-military divide. A PABUF could fill the void, however, if two things hold. One is that it is constituted with the necessary expertise. Taking a cue from recent wars, this would include country and regional experts, economists, political scientists, and diplomats and retired officers with long and broad experience. The other is that its charter requires the equivalent of the Federal Reserve’s Adverse Scenario process, which normalizes research, analysis and conclusions on bad and worst-case outcomes. With this limited mandate and small but powerful and appropriate staff, this semi-autonomous body could have an impact with any president who wishes to avoid misadventures abroad that inevitably lead to political costs at home.