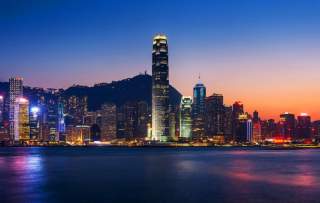 The ongoing demonstrations by pro-democracy students in Hong Kong since the end of last month have raised one important question: why is Beijing facing simultaneous unrest on its periphery?

Since the riots in Lhasa in March 2008, a string of violent ethnic conflicts has struck the restive border regions, particularly Xinjiang. While conditions in Tibet and Xinjiang remain fragile and no signs of enduring stability are visible, the Chinese government now finds itself confronting smartphone-waving students in Hong Kong who have won the hearts and minds of the international community.

On the surface, the situation in Hong Kong could hardly be more different from the situations in Tibet and Xinjiang. In the former British colony, Beijing has experienced, until recently, few direct conflicts with the Hong Kong public since regaining sovereignty from Great Britain in 1997 (the only exception was the 2003 protest against an attempt to adopt a national security law that would undermine Hong Kong’s civil liberties). By contrast, the Chinese hold on Tibet and Xinjiang has been more tenuous and, over the last six decades, Beijing has periodically encountered fierce resistance from the Tibetans and the Uyghurs.

Despite the vast differences that set Hong Kong apart from Tibet and Xinjiang, we can find one plausible common explanation for the unrest in all three places: Beijing’s policy of assimilation has, contrary to the wishes of the Chinese government, greatly strengthened the local identities, sharpened the sense of alienation and grievance felt by the targeted groups, and radicalized the activists among them.

The limited space here does not permit us to go into how Beijing’s strategy of assimilation, which combines economic development, migration of ethnic Hans and draconian security measures, has produced the opposite outcomes in Tibet and Xinjiang. If we examine China’s Hong Kong policy in recent years, we can find that Beijing’s strategic thinking, policy instruments it has preferred, and the counterproductive results bear important resemblance to its policies on Tibet and Xinjiang.

At first glance, it may seem absurd to claim that China has a policy of assimilation toward Hong Kong because of its commitment to the formula of “one country, two systems.” Yet, the inescapable reality is that, both politically and economically, the assimilation of Hong Kong into the mainland has been progressing inexorably in the last seventeen years.

The process of political assimilation has occurred at three levels, with varying degrees of success. At the elite level, Beijing has succeeded remarkably in co-opting most of Hong Kong’s business and political elites, who have come to identify with Beijing’s priorities and interests more than those of the Hong Kong people. At the level of political culture and attitudes, the introduction of patriotic Chinese symbols, authoritarian attitudes and suspicion of the West has been much less successful in converting the city’s ordinary people, in particular its younger generation. For example, the Hong Kong government’s plan to use textbooks that would encourage “patriotism” was soundly defeated by a protest movement organized by Joshua Wong, then only fifteen years old, who is leading today’s pro-democracy movement.

At the institutional level, Beijing’s assimilation policy fared little better. As mentioned, the Hong Kong government’s attempt to ram through the now-infamous national-security legislation in 2003 brought more than half a million protesters into the streets, humiliating both Beijing and Hong Kong’s leaders. Beijing’s efforts to maintain, “one country, one (authoritarian) system” through keeping an undemocratic electoral system, have been constantly challenged by Hong Kong’s pro-democracy forces, ultimately resulting in the ongoing confrontations in the city’s streets.

As for economic assimilation, Beijing’s policy seems immensely effective on the surface in all of the three regions—Tibet, Xinjiang and Hong Kong. Trade, tourism, investments and modern infrastructure now link the periphery ever more closely with the Chinese center. But appearances are deceiving. In this case, economic integration actually further exacerbates conflicts of identities. On the surface, Hong Kong’s economy as a whole has indisputably benefited from China’s rise. But as in the case of Tibet and Xinjiang, two new sources of friction and identity conflict have emerged. One is the sharing of the benefits created by economic integration. In Hong Kong’s case, most of the benefits appeared to have gone to the elites, while ordinary people bear the costs of soaring housing prices and inequality. The other is the cultural clash between the city’s 7.2 million residents and the 40 million mainland tourists who visit Hong Kong each year.

As with most encounters of groups with distinct cultural identities, close contact breeds not amity, but animosity, mutual disrespect and a stronger self-awareness. Thus, an ironic but not incomprehensible consequence of economic integration between China and Hong Kong is: the closer they are economically, the more apart they are in terms of identity.

If this analysis is correct, then the right policy response is obvious. Beijing will have to reconsider its policy of assimilation. What is troubling to observers is that it is unlikely to happen. The prevailing political wisdom in China is that such a policy is working and there is no need for any change. Even more troubling is the likelihood that, their façades of toughness notwithstanding, Chinese policy makers don’t have the political courage to acknowledge that their Hong Kong policy is failing.

Minxin Pei is the Tom and Margot Pritzker ’72 Professor of Government and a non-resident senior fellow of the German Marshall Fund of the United States.