Honoring the Memory of Poland’s Righteous 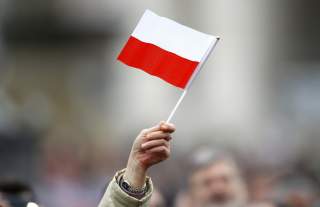 Much has been said about the history and current state of Polish-Jewish relations. Especially in recent months we’ve witnessed an outpouring of opinions and commentaries on the subject, on both sides of the Atlantic. Scholars, historians, survivors and witnesses of the atrocities of World War II, but also a number of self-proclaimed experts on the topic, have felt compelled to speak up and weigh in.

For many, the subject has a deeply personal dimension, evoking painful individual and family memories. A personal perspective on a shared history makes any inquiry into facts richer and more humane; it is, in fact, both fundamental and instrumental to getting at the heart of a matter. Conversely, the proliferation of opinions and outraged judgments often asserted by the uninformed tends to add up to little more than muddled messaging and generalizations. This does pose a challenge, if facts are to be heard and properly appreciated in the court of public opinion.

And there are facts we must not fail to adhere to while discussing Polish-Jewish relations.

The millennium of Jewish life in Poland was a time of coexistence, cooperation and friendship. Despite the best efforts and wishes of many, animosity and, yes, sometimes anti-Semitism, stained that history as well. Indeed, Poland, for centuries the center of Jewish life, was the home we shared. The monumental Warsaw Museum of the History of Polish Jews, POLIN, one of the most visited sites in Poland, attests in a truly epic sweep of scope and vision to the thousand years of Jewish life in Poland. We’re proud of that museum and cherish the legacy of that millennium. POLIN’s recognitions of private citizens who safeguard the heritage of Polish Jews comprise an impressive and bulging catalogue of men and women, hailing from all walks of life, who selflessly engage their time and resources and mobilize their communities in a variety of stewardship and preservation projects. Similar initiatives have proliferated all around the country.

Before World War II over 3.3 million Jews lived in Poland, 10 percent of our country’s population and the largest number in all of Europe. Jews and non-Jews lived side-by-side and were part of the same society when the war broke out. The first country to resist German aggression in September 1939, Poland never gave in to the oppressor. Instead of forming a collaborationist puppet government like many other countries in German-occupied Europe, Poland immediately evacuated its authorities to London, from where it attempted to alarm the world about the annihilation of Polish Jewry by Nazi Germany. For five atrocious years, Polish territory, in the words of British historian Norman Davies, was “God’s playground” where lives were brutally taken away to provide Lebensraum for the Aryan race. Faced with Hitler’s anti-Semitic obsessions and genocidal plans, Polish Jews and non-Jews shared the fate of victims of the Nazi regime, often as prisoners in Nazi German camps but also as fighters and survivors of the dark night of German occupation.

The Nazi German death machine took 6 million lives in Poland and wiped out ninety percent of Polish Jews, most of them murdered in concentration and death camps, starved to death in ghettos or captured and killed on the spot by German occupiers. The deadliest conflict in human history unleashed evil instincts in ordinary people, and Poles were not immune. Out of fear, hunger, greed and hatred some also betrayed, denounced and put out to death their Jewish neighbors.

We acknowledge the painful truth, yet we also owe it to those who risked everything to save the lives of others to continue asserting the facts. In German-occupied Poland, helping Jews was punishable by death for the rescuers and their entire families. Still, Yad Vashem honors 6,863 Poles as Righteous for saving Jewish men, women and children during World War II—more than from any other country. The Polish Righteous represented all classes of Polish society: Polish Army officer Witold Pilecki voluntarily smuggled himself into a concentration camp so he could give testimony to the Holocaust in a report later conveyed by Polish Government-in-Exile courier Jan Karski to the Western allies; Jan Karski tried to alarm the world to the fate of European Jewry, even though very few, as it turned out, were willing to listen; Irena Sendler saved over 2,000 Jewish children from the Warsaw ghetto; Jan Żabiński, a zoologist, and his wife Antonina hid Jews in the Warsaw zoo. The list goes on: an avant-garde poet, later known as the winner of the Nobel Prize in Literature, Czesław Miłosz; Władysław Bartoszewski; Zofia Kossak; Julian Grobelny; the Ulma Family of eight murdered on the spot by Germans for hiding their Jewish neighbors in a small village in southern Poland. Many more names comprise the list; others, perhaps forever, will remain anonymous. These names and stories must not be buried under today’s discussions, publications and opinions; most certainly these stories should not be overshadowed by manipulations attributing crimes to Poles that they were not responsible for.

The fact is that 6,863 Poles are officially recognized for saving Jewish lives, risking or sacrificing their own. They’re joined by a host of others whose brave actions have gone largely unnoticed—many Poles who helped save Jews during the Holocaust count among heroes but are not formally recognized and perhaps never will be. We owe them respect and honor, on the European Day of the Righteous, on the Polish National Remembrance Day for Poles who saved Jews, and on every other day. Thousands of Poles aided their Jewish neighbors, with only a small fraction recognized as Righteous Among the Nations. As we continue the conversation on Polish-Jewish relations, we need to keep these facts in mind.

Piotr Wilczek was appointed ambassador of the Republic of Poland to the United States and the Bahamas in 2016. He is a noted author, literary translator and expert in comparative literature who has authored or edited over twenty books. Prior to being named ambassador, he served as professor and director of the doctoral studies program in the College of Liberal Arts at the University of Warsaw and previously served as head of the College.