The House NDAA Puts the Mighty U.S. Military at Risk 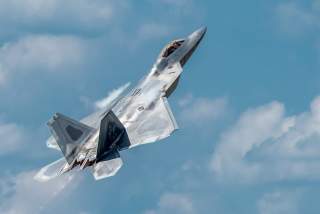 The annual defense authorization bill usually commands broad bipartisan support. That remains the case in the Senate. The upper chamber recently approved its version of the National Defense Authorization Act with an 86-6 vote.

But it’s a different story in the House. Two weeks ago, its version of the bill cleared the House Armed Services Committee on an uncharacteristically partisan vote of 33-24, garnering the support of only two Republicans. And the House is not yet done with the bill.

Some 640 amendments are pending consideration in the lower chamber. If even a few of the most extreme proposals are adopted, then what already promises to be a contentious negotiation in conference will only become more difficult.

Already there are great differences between the House and Senate versions of the bill, on everything from nuclear modernization, to Gitmo, to funding the Chinook Block II helicopter program.

The biggest disparity to be reconciled is the $13.4 billion dollar difference in topline spending. The Senate authorized $746.4 billion, while the House provides only $733 billion. While both represent increases from the 2019 defense budget, the higher number is needed if the Pentagon is to rebuild readiness and prepare adequately for a great-power competition, as described in the National Defense Strategy.

The bipartisan National Defense Strategy Commission, former Defense Secretary Jim Mattis, Chairman of the Joint Chiefs General Joseph Dunford, and others have advised that implementing the strategy will require annual defense spending increases of 3-5 percent above inflation. The Senate bill would meet that target, growing the defense budget by 4.2 percent. The House bill provides only 2.4 percent growth.

Amendments pending in the House could split conferees even further apart.

For example, multiple amendments appear to try to shift the Pentagon’s focus from defense of the nation to defense of the environment. One would ratchet up the renewable energy mandate for defense installations. Another would assign Space Force the task of monitoring climate change. There are more amendments along these lines.

Other amendments would give the Pentagon less bang for the buck. Provisions that would require the military to consider diversity and LGBT involvement in its hiring and contracting decisions are unrelated to efficiency or effectiveness, as are small business preferences, buy America provisions, and other similar legislative mandates.

One particularly worrisome amendment would delay the much-needed replacement of our Minuteman missiles. It has already been established that it will be cheaper to field a new, more capable system than to extend the life of the newest version of the Minuteman, which is coming up on its fiftieth anniversary. Further delaying its replacement will only weaken the credibility of our nuclear arsenal, as it becomes increasingly hard to guarantee that the ancient technology will work when it is most needed.

There are also multiple amendments that seek to terminate the current Authorization for Use of Military Force (AUMF), yet do not provide a substitute legal framework. It is an unwise move, especially considering that our armed forces are still actively fighting terrorism in many spots around the globe.

On a more positive note, a few amendments would actually help close the gap between the chambers, such as the one that allows for the deployment of low-yield ballistic nuclear warheads or the one that calls for further detailed reporting on Russia and China’s military capabilities. However, these amendments are vastly outnumbered by proposals that would only make it more challenging for the House and Senate to find common ground.

There is still hope that the House will not go further down the road of politicizing defense through a partisan NDAA. House leadership can show our nation, our allies, and our adversaries that our armed forces enjoy strong support from both sides of the aisle.

Frederico Bartels is a policy analyst specializing in defense budgeting for the center.