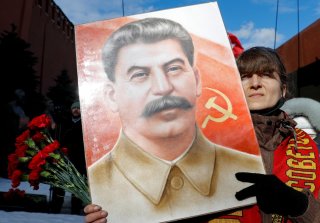 Adolf Hitler’s assessment of the Soviet Union and Josef Stalin demonstrates the contradiction between National Socialist propaganda and Hitler’s actual opinions. While he never tired of attacking the “Jewish-Bolshevist conspiracy” in his speeches, from no later than 1940 onwards he changed his opinion: Stalin was, in Hitler’s eyes, no longer the representative of “Jewish interests” but was now pursuing a nationalistic Russian policy in the tradition of Peter the Great. Hitler first alluded to the possibility of such a development in his “Second Book,” which he wrote in 1928, but was never published:

However, it is conceivable that in Russia itself an inner change within the Bolshevist world could take place insofar as the Jewish element could perhaps be forced aside by a more or less Russian national one. Then it could also not be excluded that the present real Jewish-capitalist-Bolshevist Russia could be driven to national-anti-capitalist tendencies.

What Hitler later stated as a fact, namely Russia’s change from a “Jewish dictatorship” into a national Russian anti-capitalist state, he described in 1928 as being a possibility and a tendency. It is difficult to determine when Hitler finally revised his assessment of the conflict between Stalin and Leo Trotsky and came to the view he later constantly advocated, that Stalin had emancipated himself from the Jews and was pursuing a national and anti-Jewish policy.

Hitler’s minister of propaganda, Joseph Goebbels, reported in his diary on January 25, 1937, that Hitler had not yet completely made up his mind about the events in Russia and his assessment of Stalin:

In Moscow another show trial. This time solely against Jews again. Radek etc. Führer still doubtful whether not with hidden anti-Semitic tendency after all. Perhaps Stalin wants to drive the Jews out after all. The military is also supposed to be strongly anti-Semitic. Therefore keep eyes open. For the time being remain in wait and see position.

From early 1940 onwards, however, there were an increasing number of statements made by Hitler in which his admiration for Stalin and the Bolshevist regime become clear. These, no doubt, also served the purpose of defending the pact he had concluded with Stalin in 1939. But even after the attack on the USSR, when Hitler no longer had an alliance to justify, he clung to his positive assessment of Stalin. On September 23, 1941, Sturmabteilung (SA) Standartenführer Werner Koeppen noted the following statement by Hitler:

Stalin was one of the greatest of living men because he succeeded in forging a state out of this Slavic family of rabbits, albeit only with the harshest of compulsion. For this he naturally had to avail himself of the Jews, because the thin Europeanized class which had formerly carried the state had been exterminated, and these forces would never again grow up out of the actual Russianhood.

Of course, this assessment did not prevent Hitler from continuing to spread the thesis of “Jewish Bolshevism” in his speeches for propaganda purposes.  But in contrast to these public propaganda statements, Hitler said in a table talk in early January 1942 that

Stalin is seen as the man who had intended to help the Bolshevist idea to victory. In reality he is only Russia, the continuation of Tsarist pan-Slavism! For him Bolshevism is only a means to an end. It serves as a camouflage vis-à-vis the Germanic and Romanic nations.

On July 24, 1942, he claimed that “in front of Ribbentrop Stalin had made no bones at all about the fact that he was only waiting for the moment of maturity of their own intelligentsia in the USSR in order to make an end of the Jewry he still needed today as a leadership.”

Henry Picker, who recorded Hitler’s table talks, reports on numerous further talks in which Hitler expressed his admiration for Stalin or defended him against critical remarks. Hitler had always, for example, become angry when someone called Stalin a former “bank robber.” Hitler would then immediately defend Stalin with the declaration that Stalin had not carried out his bank robberies as a private person nor for the benefit of his own pocket, “but as a revolutionary and in order to finance the Communist movement.” For Stalin, Hitler said on July 22, 1942, “one has to have respect in any case. In his way he is quite a brilliant chap!”

If Stalin had continued to work for another ten to fifteen years Soviet Russia would have become the most powerful nation on earth, 150, 200, 300 years may go by, that is such a unique phenomenon! That the general standard of living rose, there can be no doubt. The people did not suffer from hunger. Taking everything together we have to say: They built factories here where two years ago there was nothing but forgotten villages, factories which are as big as the Hermann Göring Works. They have railways that are not even marked on the maps. Here with us we argue about the tariffs before the railway is even built. I have a book about Stalin; one has to say: That is an enormous personality, a real ascetic, who has brought that huge empire together with an iron fist. Only when someone says that is a social state, then that is a gigantic swindle! It is a national capital state: 200 million people, iron, manganese, nickel, oil, petroleum and what you like – unlimited. At the head a man who said: Do you think the loss of 13 million people is too much for a great idea?

The things Hitler admired in Stalin become particularly clear in this statement: the consistency, even brutality (“iron fist”), with which Stalin—even with the sacrifice of millions of people—implemented the “great idea” and created a powerful industrial state impressed Hitler. In Stalin, he saw his own reflection, namely the executor of the dictatorship of modernization who did not shrink from the employment of even the most brutal methods.

Scheidt, who, as adjutant to Hitler’s “representative for military history” Walther Scherff and a member of the Führer Headquarters group, had close contact with Hitler and sometimes even took part in the “briefings.” Scheidt writes in his notes:

Hitler began secretly to admire Stalin. From then on his hatred was determined by envy ... He clung to the hope that he could defeat Bolshevism with its own weapons if he copied it in Germany and the occupied regions ... He increasingly held the Russian methods up to his associates as being exemplary. We cannot fight this battle for existence without their hardness and ruthlessness, he was wont to say. He rejected any objections as being bourgeois.

After July 20, 1944, for example, Hitler bemoaned the fact that he had not purged the Wehrmacht like Stalin had and converted it into a National Socialist revolutionary army. Hitler’s architect Albert Speer reports on a meeting of ministers on July 21, 1944:

Today he [Hitler] realized that in his case against Tuchatshevsky Stalin had taken the decisive step for a successful waging of the war. By having liquidated the General Staff he had made room for fresh forces, who no longer stemmed from the age of the Tsars. He had formerly always held the accusations at the Moscow trials of 1937 to be trumped up. Now, after the experience of 20 July he was wondering whether there had not been something to them after all. While he did not have any evidence for it, Hitler continued, he could still no longer exclude a treasonable co-operation between the two general staffs.

Two months before the assassination attempt, in a presentation to generals and officers, Hitler had said:

This problem has been completely solved in Bolshevist Russia. Completely unequivocal situations, clear unequivocal statements by the officer to these points of view, which concern the state, to the whole of expert opinion and with this, naturally, an unequivocal relationship to allegiance, a completely clear relationship. In Germany this whole process was unfortunately interrupted much too quickly by the war, because you can be sure that these courses which take place today would perhaps never have become necessary if the war had not come about.

What Hitler, therefore, primarily admired in Stalin was his revolutionary consistency in the elimination of the former élites. Hitler’s admiration for Stalin was not only an expression of the respect he felt for him personally; his relationship with Stalin also reflected his ambivalent position on Marxism/Communism, which was always characterized by simultaneous fear and admiration. Hitler admired Stalin’s revolutionary consistency above all, but exactly this consistency, which went far further than his own, also made him afraid, and made Bolshevism appear as the only serious opponent.

Rainer Zitelmann is a German historian and the author of the recently published book Hitler’s National Socialism.