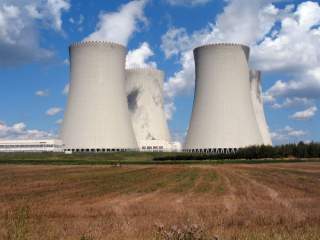 Today, the U.S. nuclear export industry is in decline. While the international nuclear export industry has grown over the past few years, U.S. exports have remained markedly flat. Declining competitiveness as other exporters master nuclear-power technology is a key component of the emerging market shift, but a lack of government support for the U.S. nuclear industry compared to the other exporting nations (Russia, China, South Korea, Japan, France and Canada) constitutes the central problem. For example, the United States’ high degree of regulation on its nuclear industry, difficulties for the United States in securing adequate cooperation agreements with importing partners, a lack of public funding for nuclear energy projects, waning research and development budgets, and partisan conflicts that have undermined a nuclear waste solution all hinder the U.S. nuclear energy industry—and all could be solved by improved federal policies.

The U.S. government’s heavy regulations and comparative lack of investment in the industry mean that U.S. projects tend to be slow-moving—leading nuclear energy importers to turn to other nuclear technology exporters, like Russia, whose governments have adopted more industry-favorable outlooks than the United States. While the main problem for the U.S. nuclear industry lies with exports, the domestic industry has also declined in recent decades. Even though billions have been put into designing and funding new domestic plants as well as rebooting old ones, no new plants have opened in the United States in the twenty-first century. In total, the United States is currently working on five projects, all of which have seen major delays. The Watts Bar nuclear plant in Tennessee serves as the most cautionary tale—although the plant is now almost complete, a series of government flip-flops on the project has caused construction so far to take a whopping forty-three years. The story serves as a reminder of just what’s wrong with the U.S. industry. It takes not just government approval, but also sustained and robust commitment, to see through such an intensive project as the construction of a nuclear plant.

Despite some worrisome conditions, however, the U.S. nuclear industry does still have its advantages. A long history of experience in the nuclear sector, widely available human and financial capital, proven plant designs, and rebounding public support for nuclear energy all suggest that the industry doesn’t have a fork in it yet—even though some federal officials might appear to prefer it that way.

If the industry can rebound, it will have the opportunity to seize meaningful influence in the nuclear energy exports market, for although it seems to be falling behind now, its competitors face critical obstacles as well. Russia’s industry is massively overstretched, suffers from corruption and has regularly seen the actual cost of its projects far exceed proposed costs; the South Korean nuclear industry is still battling the effects of a recent bout of corruption and many of its designs stem from U.S. companies, making it difficult for the nation to engage in independent exporting projects; China’s industry has been scrutinized for its safety protocols, and it lacks both exporting experience and government interest in expanding nuclear exports; France’s nuclear exporting companies have fallen on hard economic times and have begun scaling down; Japan's industry faces domestic opposition over exports and is still focused on rebuilding after the Fukushima fallout; while the Canadian nuclear export industry remains comparatively small. And that’s all. Without a lot of competitors, and with all of them suffering serious challenges of their own, the United States is facing an opportunity to seize market share before its competitors can rebound from their current problems.

The market for nuclear-energy technology is large, though the available providers are scarce. Today there are 438 operational nuclear reactors and five hundred additional proposed plants across the globe. Nevertheless, current upper-end estimates for global production capacity for whole nuclear reactor units are still low: approximately six to eight units per year, though each plant usually has two or more reactors. Since global demand is notably higher than that capacity, the United States could be the one to step in and offer faster construction times for countries that don’t want to wait for Russia or South Korea to finish dozens of other projects before beginning theirs. This all goes to show that, even if the United States’ competitors are able to resolve their internal problems, there’s still enough unclaimed space in the nuclear-energy market for the United States to expand its current export capacity. (And if other exporters continue to face troubles, the United States could reach even further into the widening global nuclear market.)

Moreover, interest has picked up the most in areas where U.S. alliances remain strong: namely, Asia. The Far East has twenty-nine nuclear power plants currently under construction, more than twice as many as the next closest region, central and eastern Europe, has under construction. The region coming in third, the Middle East and South Asia, also holds significant potential for U.S. export expansion. While the United States’ relationships in the Middle East are rockier than those in South and East Asia, the possibility of strengthened cooperation in the Middle Eastern nuclear realm could be the key to strengthening security and defense partnerships in the region—if the United States can take advantage of burgeoning interest.

Yet the road to become a nuclear exporting powerhouse once again won’t be an easy one—so what’s in it for the United States? To start with, jobs. A rebuilt U.S. nuclear industry would provide jobs for high-skilled labor and be a significant economic investment. Estimates from the U.S. Department of Commerce suggest that the size of the international market for nuclear technology and services lies between $500 and $740 billion over the next decade, with five thousand to ten thousand jobs resulting from every $1 billion in U.S. nuclear exports. While financing for nuclear power plants varies from site to site, the burden is generally on the importer to provide public or find private backing for the plant’s costs. In some cases, the exporter will cover capital costs in exchange for control over the plant, allowing the exporter to recoup its investments after the plant begins generating and selling electricity.

Because capital costs are the most significant chunk of a plant’s financing, the shape of the overall energy market has implications for the economic viability of nuclear power; for example, carbon taxes or carbon emissions trading can incentive investment in nuclear power, while high interest rates hurt the nuclear market. Fortunately, a global pattern of low interest rates and the increasingly possibility of stronger U.S. actions on climate changes might make for a bullish nuclear energy market in the upcoming years, one that the United States could capitalize on if it strengthened its industry.

The benefits of nuclear exporters aren’t just domestic, either. Nuclear power plants’ vast benefits for their host countries—comparatively low environmental impact, economically efficient energy production, suitability for powering desalination plants—make nuclear power a worthy industry for additional attention. Nuclear-power exports would also provide the United States with a leg up when it comes to proliferation concerns. First, U.S. nuclear-energy partners must negotiate 123 agreements, which help monitor nuclear activities and limit countries’ abilities to develop offensive nuclear capabilities. Second, the U.S. nuclear industry has high safety standards all along the nuclear supply chain, standards that other exporters do not necessarily meet. By designing and exporting safer nuclear plants, the United States could reduce the global risk of nuclear accidents. Third, U.S. nuclear exports would allow the United States to utilize scientific diplomacy to build significant and sustainable partnerships throughout the world; these relationships could translate not only to cooperation on additional nonproliferation issues, but on other areas of security and scientific policy as well. These relationships would also be essential for nuclear security, in that the United States could serve a helpful advisory role in importing states’ efforts to build the educational, regulatory and infrastructural institutions needed to sustain a safe nuclear industry. Finally, U.S. exporting capabilities would also provide intimate knowledge of international partners’ nuclear-energy industries, giving the United States a potential guidance role in the case of nuclear accidents as well as intelligence that could be useful for nonproliferation activities.

Given the many benefits of U.S. nuclear exporters, what can the United States do to build up its industry? The greatest challenge to U.S. nuclear energy exports today is the United States itself, but fortunately, smarter government policy could strengthen the U.S. nuclear industry. For example, strengthening the Export-Import Bank could give nuclear energy exporters more access to financing. U.S. nuclear exporters’ competitors have significant financing from their home governments, in some cases because the nuclear industry is public, and in others because of fairly seamless public-private partnerships. This indicates that U.S. backing of its own nuclear export industry will be essential to ensuring competitiveness.

Similarly, the U.S. nuclear industry could be helped by a reversal of the decision by the Overseas Private Investment Corporation, a U.S. government agency, to exclude financing nuclear power under its environmental responsibility rules. In addition, environmentally friendly policies like the aforementioned carbon tax or carbon emissions trading policies would help the nuclear industry overcome financing challenges while helping the United States combat the dangers of climate change and fossil-fuel dependence. Although a comparatively minor factor, ongoing U.S. efforts to increase and stabilize petroleum prices would also assist with enhancing nuclear power’s appeal and therefore incentivizing private financing.