How America Can Get Its Fiscal House in Order 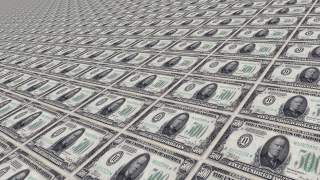 The United States is on a dangerous spending path. Congress and the Trump administration must work together to put the budget on a path to balance and restore economic growth and opportunity for Americans. Reconciliation is a powerful tool, enabling Congress to pursue fiscally responsible, pro-growth tax and spending reform, beginning with the congressional budget resolution this year.

Now that President Trump has submitted his first budget proposal to Congress, the congressional budget process is in full swing. Next up, Congress will introduce its budget resolution this June, determining the maximum funding level for discretionary spending, as well as establishing reconciliation instructions to enact budgetary policies, contained in the resolution.

The president’s budget presents a guiding vision and reveals his preferences, helping Congress to determine what proposals might survive his veto power. By leveraging the bully pulpit, the president can unite the nation around shared principles to rightsize the federal government. Yet, Congress has primary responsibility for determining federal spending and tax levels and the budget resolution is the key process tool to establish and correct fiscal policy.

Congress’s budget decisions do not operate within a vacuum. Rising deficits threaten to push the already excessive national debt of nearly $20 trillion into the stratosphere, as spending on entitlement programs continues expanding without controls. Addressing the nation’s fiscal challenges requires swift, bold action.

Congress should act with a few principles in mind as lawmakers prepare the budget for fiscal year 2018.

The budget should balance in no more than ten years. It should reduce tax revenues to the pre-Obamacare era, providing for full repeal of this harmful law. Defense spending should be prioritized within the overall annual spending limit established by the 2011 Budget Control Act, by offsetting prudent and necessary defense funding increases with cuts and program eliminations to domestic programs.

Too many domestic programs fund activities that rightfully belong in the private sector, state or local governments, or are duplicative or ineffective. Heritage’s Blueprint for Balance identifies $87 billion in savings in fiscal year 2018 alone. It’s not for a lack of good ideas that spending continues growing in all the wrong places.

The congressional budget determines how much lawmakers are allowed to spend on defense and domestic programs that must receive appropriations each year. Together, these budget categories (discretionary spending) make up one-third of the entire federal budget. Congress’s end-of-the-year spending bill provides funding for these categories, and when lawmakers fail to do so, it triggers a partial government shutdown. Congress should be working on passing spending bills in a timely fashion, before the September 30 deadline, beginning with defense appropriations.

The other two-thirds of the federal budget, called mandatory spending, are largely exempt from annual appropriations. Their authorizing statutes establish criteria that allow for continuous spending. These programs operate largely on autopilot. Medicare and Social Security are the best-known programs governed by this process.

Tax revenues are determined by the federal tax code. There is broad agreement that the tax code needs reform. Tax reform should lower marginal tax rates, close special-interest loopholes, and broaden the overall tax base. It should also reduce distortions affecting saving and investing, and restore U.S. international competitiveness by lowering or eliminating what amounts to the highest corporate tax rate in the world.

Congress has a powerful tool in its arsenal to pursue fiscally responsible, pro-growth tax reform this year. Reconciliation allows Congress to pursue its agenda with a simple majority vote in the Senate.

As spending is driving growing deficits and debt, Congress should reduce and control spending while alleviating the overall tax burden faced by individuals and businesses. Congress can pursue deficit-neutral tax reform, using reconciliation, by cutting spending at the same time.

The best way to make lasting tax reform a reality is by addressing the key drivers of spending and debt. Tax relief and spending relief should go hand in hand.