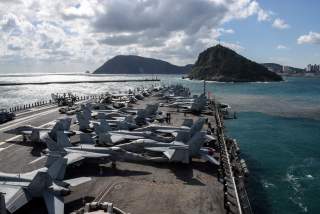 While much needed discussion is underway regarding the threat that North Korea poses to the mainland, attention needs to also be turned to the threat that China poses to the United States and its allies in Eurasia. At the moment, China is undergoing two major projects in hopes of making itself an even stronger global player.

To make itself an even greater economic power, China is trying to recreate the ancient Silk Road network. President Xi Jinping launched the program, then named the One Belt One Road (OBOR) initiative, back in 2014. The program, which began with a budget of $40 billion dollars and has gained billions more, is China’s plan to become the dominant economic power in all of Asia by building infrastructure across all of its neighbors. It has purported hopes of challenging the Panama Canal, connecting all of Southeast Asia through a high-speed railway system, and even building a trade route directly to Belgium from China. If successful, China will become an economic superpower and will dominate the political environment.

But it doesn’t seem like they will be able to. As Dr. Derek Scissors from the American Enterprise Institute pointed out, financing the program is proving to be tougher than initially expected. Without a sharp increase in domestic debt, China will not be able to pour much money into the program. Furthermore, whatever money has been put into the program has been directed mostly towards building local domestic infrastructure, not investments into other countries. As such, Chinese construction companies benefit from the program, not necessarily China’s international political standing.

Does this mean that the United States should do nothing about OBOR? Frankly, I don’t think they should do much. As OBOR currently stands, it poses no great threat to American interests. China should be allowed to freely invest in whatever markets it wishes, in hopes of gaining whatever political standing it desires. We should, however, encourage American businessman to challenge the Chinese. Knocking down barriers that restrict free trade and encouraging American entrepreneurship abroad would allow the United States to enter the markets China is after and create competition, thereby limiting the monopoly China seeks in Eurasia. As Dr. William Wilson of the Heritage Foundation wrote, OBOR is “more of a challenge to be managed.”

There is another program, however, that China is currently undertaking that poses a far more serious threat to the United States and its allies. For years, China for years, has been building up the South China Sea—a body of water with many islands China claims belongs to them. These disputed waters, however, are just that; disputed. In July of last year, the United Nations ruled that the territorial waters that China claimed did not belong to it. China simply disregarded the ruling. Intelligence on the water as well as from the sky shows that China is constructing floating military bases, in hopes of controlling the waters and expanding their military reach. The disputed area serves as a major trade and shipping route, with $5 trillion dollars passing through the South China Sea annually. Tensions have been running high, as there are frequent encounters between Chinese and American naval vessels. China even has its sights set on creating “mini denial zones” in hopes of controlling and harming trade in the region.

Undoubtedly, this is the threat that China poses to the United States and its allies. With more effort concentrated towards building up naval capabilities rather than the overland aspects OBOR, China seems like it won’t let up in its quest to dominate the sea.

The United States must walk a fine line in dealing with Beijing. First, the United States needs to keep a naval presence in the theatre, not only to show its might, but to ensure the smooth flow of trade and commercial vessels. In addition, the United States should expand military exercises in the region with its allies, much like it has down in the Korean Peninsula. The U.S. Navy ought to be ready and authorized to take action to ensure that any threats against American or allied vessels, commercial or otherwise, are countered. Second, the United States ought to invest in its allies, like the Philippines and Vietnam, by providing them arms and additional training for managing the sea. Doing so will hopefully show the Chinese that the United States is prepared to do whatever it takes to maintain the safety and security of its allies, and ensure that much needed trade reaches its ports.