How America Can Step Up Its Leadership Role in the Arctic 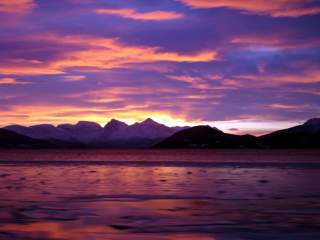 On April 24, the United States will assume the chairmanship of the Arctic Council for two years. The Council is an eight-country forum, which since its inception in 1996, has successfully governed pan-Arctic cooperation on a consensus basis. A key question for the United States is whether the current complex geopolitical environment and tense atmosphere in Russian relations with the West will impinge future Arctic cooperation. According to the report of an international group of leading experts, cooperation can be maintained, provided all Arctic countries continue to address Arctic issues on their own merits and manage competing national interests within a framework of international cooperation that has shielded this region since the end of the Cold War. The task of the United States will be to provide the leadership and political vision to keep the Arctic Council and the Arctic on a positive path.

In the post–Cold War era, tensions in the Arctic were replaced by the constructive work of the Arctic Council on environmental protection, sustainable development and commitment to responsible stewardship of a rapidly changing region. These efforts were facilitated by the UN Treaty on the Law of the Sea (UNCLOS), which has provided an accepted framework to resolve border conflicts and set rules of the game for dividing up seabed natural riches and ensuring rights of passage in the Arctic Ocean.

This vision is now being challenged by events in the region and outside. Russia’s recently increased military presence and large-scale military maneuvers in the region have sparked concerns among its Arctic partners about a more militarized Arctic, and U.S. energy sanctions on Russian oil and gas projects in response to Russia’s involvement in the war in Ukraine have injected outside political issues into the Arctic’s economic development. The press at times has described these developments in sensational terms as the beginning of a new “great game” in which Arctic states are locked in open-ended competition for territory, resources and prestige.

The fact is, however, that there is scant evidence to support this portrayal. Rather, extended seabed claims beyond the 200-nautical-mile zone granted each state under UNCLOS are being considered by UNCLOS bodies, and so far, all concerned states are committed to this diplomatic process. Further, most accessible and known offshore oil and gas deposits in the Arctic are located within the 200-nautical-mile exclusive economic zones of the Arctic states and are not contested. One question is how Russia or other states would react if their extensive claims to additional extended territorial shelf limits are not accepted. Several Arctic states have made competing claims and several besides Russia have taken steps to increase their military presence in the Arctic. All argue this is necessary to defend borders and natural resources therein.

Since October, 2014, a group of approximately fifty international experts, government officials and representatives of leading NGO’s convened by the Carnegie Endowment for International Peace, Dartmouth, the University of Alaska Fairbanks and the University of the Arctic has been meeting to discuss prospects for the Arctic and prepare policy recommendations for the U.S. Arctic Council chairmanship program. Meeting on February 23 in Washington, the group unanimously concluded that the Arctic must and, with adequate political will, can remain an area for peaceful cooperation, scientific research and sustainable economic development, and should be kept apart from the current complex geopolitical environment.

All agreed that U.S. failure to ratify UNCLOS continues to weaken the American voice in the Arctic and that ratification would enhance U.S. authority on Arctic issues, as well as underscore its commitment to peaceful development of the Arctic and avoidance of border conflict. As is well known, the Arctic is experiencing significant change due to global warming, resulting in the rapid melting of sea ice, potential increases in Arctic shipping and planning for the development of energy and natural resources.

U.S. planning for its chairmanship is well advanced under the newly formed position of Special Arctic Representative, occupied by the recently appointed retired Coast Guard Admiral Robert Papp. That planning focuses on three areas—addressing the impacts of climate change, improving economic and living conditions and Arctic Ocean safety, security and stewardship. The February conference endorsed these plans and also decided a series of recommendations in a report to the U.S. government on additional steps to pursue within the Arctic Council with a particular focus on the geopolitical context. These included:

–Provide for regular consultations at the subpolitical level to keep lines of communication open.

–Help establish a multilateral center for training and exercises on search and rescue and dealing with oil spills to develop cooperative practices and communication possibilities in the Arctic.

–Resume military-military contacts as soon as conditions permit and enhance contacts between Coast Guards to address maritime safety and operational challenges for the region. The Arctic Coast Guard Forum is an important example.

Arctic issues are beyond the scientific understanding and management capacity of any single country, and cooperation is essential in the face of enormous challenges there. This will take political will and commitment on all sides in the current environment. The United States must make clear that it is prepared to continue Arctic cooperation and welcomes constructive Russian activity in the region. Only time will tell, but the Arctic remains one of the few promising pathways, despite the major downturn in Western relations with Russia.

James F. Collins, Ambassador (ret.) is Diplomat in Residence and Senior Associate of the Russia and Eurasia Program, Carnegie Endowment for International Peace. Michael Sfraga is Vice Chancellor of the University of Alaska Fairbanks. Ross A. Virginia is Director and Myers Family Professor at the Institute of Arctic Studies, Dartmouth. Kenneth S. Yalowitz, Ambassador (ret.) is a Global Fellow at the Kennan Institute, Wilson Center.