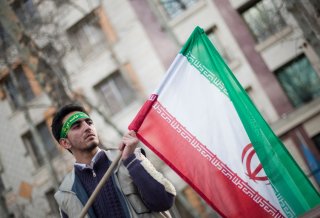 The radical theocrats who hijacked Iran’s Islamic Revolution of 1979 have demonstrated a willingness to extend their reach abroad to promote instability while violently opposing any dissent at home. The regime’s goals are simple: stay in power and promote foreign policy objectives that undermine the rule of law.

For more than forty years, the regime has ruthlessly targeted dissidents and journalists by using terrorist tactics and assassination. Yet despite such atrocities, the regime has faced few repercussions, therefore allowing the regime to continue targeting its detractors with impunity.

Between 2015 and 2016, Iranian operatives and militant proxies either attempted or conducted assassinations in at least five countries in the Middle East, Europe, and the Americas. In 2018, European authorities thwarted an Iranian plot to bomb an event near Paris where tens of thousands of Iranian expatriate activists and hundreds of political dignitaries who support their efforts to promote internal regime change had gathered. The intended victims were advocates for democracy in Iran—a wish that is supported by most Iranians.

As Western leaders consider strategies for dealing with the Iranian regime in 2022 and beyond, they must not lose sight of the implications of these terrorist actions at the behest of Ayatollah Ali Khamenei. The violent suppression of any regime dissent underscores the danger that the Iranian regime poses to its people. Simultaneously, the regime’s intolerance for dissent also demonstrates its fear of the pro-democracy movement that made significant inroads in Iran during the nationwide uprisings in 2018.

Tehran has attempted to ensure no such uprisings reoccur. However, the regime is more inclined today than at any time since the revolution to counter all opposition through violent crackdowns, as evidenced by the regime’s killing of hundreds of peaceful protesters in November 2019. The Iranian Mullahs have consolidated their power around ultra-hardline figures like Ebrahim Raisi, who will likely spearhead even fiercer responses to dissent in the coming years. When Raisi assumed the presidency in August 2021, he did so in the face of expanded protests to include boycotts in response to the fraudulent election that brought him to power. The vocal opposition to Raisi indicates that the Iranian people will not be cowed by the regime’s threats or use of violence. We can expect Iranian dissidence to grow in 2022 and escalate further in the years to come.

There are presently few restraints on what the Iranian regime might use in its desperate effort to contain domestic unrest. The Biden administration could do a great deal to rectify what has largely been a muted response on behalf of the pro-democratic voices in Iran and among the Iranian diasporas. The Iranian people are acutely attuned to Washington’s messages. Unambiguous policies by Biden and his administration could greatly increase the Iranian people’s chances of securing freedom and democracy.

The Biden administration alongside American allies should focus on three specific actions:

First, the United States and its allies must cut off the regime’s access to advanced technologies which are increasingly being used for asymmetrical warfare. As one such example, The National Council of Resistance of Iran recently published the IRGC’s Rising Drone Threat, a book detailing the prime threat in this category: a growing arsenal of unmanned aerial vehicles produced and distributed by companies linked to the country’s hardline paramilitary organization, the Islamic Revolutionary Guard Corps (IRGC).

Second, led by the United States, the international community must aggressively counter Iran’s highly disruptive cyber hacking actions. As Iran improves its cyber capabilities, the regime sees few, if any, serious repercussions for its cyber disruptions. We have seen Iran’s cyber penetrations on display in its attacks on the Saudi Aramco oil facilities. Further, Iran masterminds many other reported instances of phishing operations and efforts to use fraudulent social media accounts to promote the regime’s interests or defame the democratic opposition.

Third, the regime’s widespread use of online disinformation must be aggressively exposed and countered. This regime perpetuates false narratives that legitimize and wrongly justify Tehran’s partnerships with fellow anti-Western regimes, principally in Beijing and Moscow. To combat this misinformation and counter these harmful anti-Western sentiments, the fake narratives must be exposed. Further, the West must exert parallel pressure on China and Russia as the world’s democratic nations exact a price from international partnerships that bolster an otherwise vulnerable Iranian regime.

The United States and its Western allies need to be unrelenting and unapologetic in countering Tehran. As a first step toward achieving all three of the stated objectives, the United States and like-minded nations must commit to not only maintaining the existing pressure on the regime but increasing it where possible. The most effective way of expanding that pressure is by supporting the domestic Iranian opposition. That support can be expressed by guaranteeing all Iranians access to the internet. Washington’s unequivocal support will send a message of hope and result in more Iranians being willing to speak out against a regime of elites still parading under the banner of the 1979 revolution as though it represents the interests of Iran’s freedom-loving people.

David R. Shedd is a former Acting Director of the Defense Intelligence Agency and former Special Assistant to the President and Senior Director for Intelligence Programs and Reform. The views expressed in this article are the author’s own and do not imply endorsement by the Office of the Director of National Intelligence, the Intelligence Community, or any other U.S. Government agency.