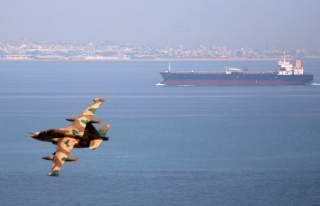 The Trump administration claims that all of its efforts for liberal improvement of Middle East have been ruined by Iran. U.S. President Donald Trump has said that America has paid with money and blood only to be rewarded with abuse from the Ayatollahs. How correct is this notion?

The Middle East in general—and west of Asia in particular—is known for its mosaic of identities and political structure. Complications, interests that have been interfered with, and values are boiling in the pot of global religions. Jews, Christians, Muslims (Shia and Sunni) and various other dependent and independent religions and cults—besides diverse ethnic identities like Arabs, Persians, Turks, and Kurds—are shaping western Asia, which is unique in the world.

Each of these groups have their own identity and interests, which tend to collide, but sometimes they match up. For centuries this region was divided between Ottoman Empire and Persian Empire. After the presence of the Turks and Persians diminished and the European maritime powers era commenced, the region began to collapse; Britain, France, Spain, Portugal, the Netherlands and Russia each had a share of that cake.

After World War I, a new map of region presented. After World War II and the withdrawal of the Europeans, the United States replaced them and encountered the Soviet Union. Although the structure of the nations and identities remained fixed (except in the case of Israel), various networks of powers throughout the last century have come and gone and failed. But one escalating factor did appear to be consistent: chaos.

There has been an increasing trend of tension in the region since the 1940s, which is when the United States began trying to control the various crises, such as Iran’s oil fire, its coup, the Arab-Israeli War, the revolution in Oman, Turkey’s frequent coups, Afghanistan occupation by USSR forces, the Islamic Revolution in Iran, the hostage crisis, and then war in Iraq, Afghanistan, and the endless enmity between Israel and Palestinians and so forth. The United States has paid for a lot but gained little in return. It is notable that Obama decided, for the most part, to leave the region due to its continuous frustrating challenges. That decision delivered the region’s affairs to proxies.

Iran is the one country that seems to have repeatedly interfered with America’s interest. Most of America’s strategies describe Iran by as an axis of evil or a country that needs to be contained. In recent years, most of America’s operations west of Asia have served Iran’s interest and given it the upper hand. For example, removing Saddam Hussein and giving Shia groups access to power were gifts that brought Iran’s allies to power. The war in Afghanistan yielded a similar result. Defeating Taliban opened another field in Iran to penetrate. In both these cases Iran could establish ties with defeated forces and use them against the Americans in Iraq and Afghanistan. Four decades of the Islamic Revolution, however, have altered Iran’s political landscape. Now it has more realistic actors which can benefit from all capacities in foreign and regional policy against its main enemy: America.

Iran could establish a strong state internally and enhance its influence in the region, which was vacuumed by U.S. operations. The most recent case is in Syria, which is where the United States, Russia, Europeans, Arabs, Turks and Iranians were fighting against the Islamic State. The Islamic State’s breakdown was the biggest achievement of the Syrian government, an ally of Iran. After the defeat of the Islamic State, both the United States and Israel claim that Iran could redirect released territories to fight against Western forces in Syria.

Thus, the security dilemma that is shaping west Asia cannot be easily and cheaply solved. To make matters more complicated, the United States is trying to draw closer its Saudi Arabia ally and get support for its aerial war in Yemen—and perhaps even get it to help form a frontline with Israel against Iran. Yemen is another case where Iran has advantage in the region. The current coordination between Russia, Turkey, and Iran in Syria is another obvious failure of U.S. strategies in the region.

It now seems that will not be easy to push Iran out of certain conquered fields. All in all, the mosaic of identities and interests in western Asia continues to conflict with one another and the chaos is increasing. Iranians were historically good diplomats and brave soldiers in the Middle East. Today, the United States understands that its money and blood have served Iran in many ways.

Aliakbar Kiani has a doctorate in international relations. He is a university lecturer in Iran. He formerly served as international-affairs expert for Iran’s president. He frequently writes on Iranian international politics.

Image: An Iranian military fighter plane flies past an oil tanker during naval manoeuvres in the Gulf and Sea of Oman April 5, 2006. REUTERS/Fars News/File Photo