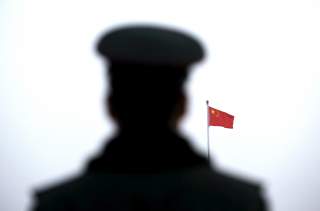 China’s grand plan for expanding its influence has multiple strategic layers that involve sovereignty claims, preserving its territorial integrity, expanding its economy, and testing the United States. Authors Patrick Mendis and Joey Wang explore the various facets this plan in a two-part series that examines the scope of possibilities available to Xi Jinping. This is the first part of the series.

The Communist Party of China (CPC) places a great emphasis on the significance of anniversaries and political events. The May Fourth Movement against imperialism—organized by students in 1919—called for democracy, which led to the founding of CPC two years later. The Movement’s seventieth anniversary was an inspiration for another group of Peking University students to once again lead pro-democracy protest. This protest was brutally suppressed and is now known in the annals of history as the 1989 Tiananmen Square Massacre.

More importantly for the CPC, however, is its national identity rooted in the defeat of Nationalist (or Kuomintang, KMT) forces by the Communists who then established the People’s Republic of China (PRC) led by Chairman Mao Zedong in 1949. The KMT Generalissimo Chiang Kai-shek—and two million supporters who fled to Taiwan—claimed that he was the “President of all China” in the government of the Republic of China (ROC) in Taipei, supported by the United States.

On January 1, 1979, however, when the United States recognized PRC diplomatically from Taipei as the only lawful Chinese government, Beijing declared the ending of regular “artillery bombardment of Taiwan-control offshore islands close to the mainland and opened communications” with the ROC. Then President Chiang Ching-kuo, the son of Chiang Kai-shek, refused Beijing’s olive-branch offer with the “three-noes policy”—no contact, no compromise, and no negotiation with China—even as there is still no formal peace treaty with the two governments.

The situation has now somewhat changed with successive governments as there is greater movements of people, ever-increasing commercial interactions, and growing cross-Strait investment in both directions. Commemorating the fortieth anniversary message to “Compatriots in Taiwan” on January 1, 2019, President Xi Jinping offered a five-point proposal for a “peaceful unification” with China, but also made no promise to renounce the use of force.

On a four-day visit to China in the mid-January, Chinese General Li Zuocheng informed U.S. Navy Admiral John Richardson that “if someone tries to split Taiwan from China, the Chinese military will do whatever it takes to safeguard national reunification, national sovereignty and territorial integrity.” The South China Morning Post has called the fate of Taiwan “the most disruptive factor in Beijing’s complex relations with Washington.” As the ultimate goal of his “China Dream” and national rejuvenation of Chinese nation policy, President Xi asserted that “the country is growing strong, the nation is rejuvenating and unification between the two sides of the strait is the great trend of history.”

The Grand Plan and the Six Stabilities

It is important not to lose sight of the fact that the Taiwan issue is simply one step in China’s “grand plan” that can be summed up as pushing the United States as well as its influence out of Asia. While securing Taiwan would be an important achievement, China’s strategic objective cannot be achieved without other supporting objectives such as the Belt and Road Initiative (BRI) and establishing control over the East and South China Seas. Each of these objectives must be understood within the geopolitics of the regional balance of power through the Washington-led “democratic alliance” of the Quad with Australia, Japan, and India.  Moreover, China’s grand plan must be viewed through the regional diplomacy that Beijing is exercising throughout Africa, Latin America, and the Caribbean basin.

The United States is fully aware that Beijing’s strategic objective begins with the survival of CPC and its very “legitimacy” to rule, according to President Xi’s anti-corruption chief, Wang Qishan. A report to the United States Congress in 2018 concluded that the primary goal of CPC is to “maintain its hold on power by ensuring domestic stability, protecting sovereignty claims, and defending China’s territorial integrity.” In essence, these are coded in the National Security Law of China. Because China’s strategic objective is predicated on this legitimacy, the CPC must provide economic and social stability for its citizens. This cannot be achieved without an uninterrupted supply of energy resources to deliver not only economic growth but also sustain military operations if and when needed. This rationale is key to the preservation of the CPC’s power. It is no surprise that given China’s current economic challenges, Beijing has called for the “six stabilities” of the economy—including employment, finance, trade, and investment—for the survival of the CPC.

China’s primary objectives of protecting sovereignty claims and defending its territorial integrity begin with Taiwan as part of its national identity. Even in 1951, the American Central Intelligence Agency had recognized Taiwan in a now declassified report as “the last stronghold of the Nationalist regime” and that the Chinese were resolute in “capturing Taiwan in order to complete the conquest of Chinese territory.” The rest of the world has moved on, but for the Chinese, the civil war and the hostilities that followed have never formally ended.

For China, Taiwan is not merely a runaway province, it is a focal point in the first island chain that would provide China with a “permanent aircraft carrier” to project power out to the Western Pacific and the second island chain. This is generally referred to as Anti Access/Area Denial. China is already monitoring this region by placing undersea surveillance devices near the American military base in Guam, which is the largest base in the Western Pacific.

In addition, Andrew Erickson of the U.S. Naval War College and Joel Wuthnow of the U.S. National Defense University have quoted Chinese military sources which conclude that without securing Taiwan, “a large area of water territory and rich reserves of ocean resources will fall into the hands of others” and “China will forever be locked to the west side of the first chain of islands in the West Pacific.” Another Chinese military publication has further concluded that “the biggest obstacle to the expansion of our national interests comes from the First and Second Island Chains set up by the United States.”

The United States, for its part, takes no official position with regard to the competing claims in the South China Sea. However, Washington does exercise its rights to conduct the Freedom of Navigation Operations (FONOPS) under the United Nations Law of the Sea Treaty. Soon after his four-day January visit to Beijing, U.S. Navy Admiral John Richardson hinted while in Tokyo that the United States could send an aircraft carrier through the Taiwan Strait despite new Chinese missile threats and other “Chinese military technology advances which pose a greater threat to American warships than ever before.”

Thus, the Chinese establishment of its Air Defense Identification Zone in the East China Sea and the island-reclamation followed by military buildup in the Spratly and Paracel Islands in the South China Sea—as well as the use of a maritime militia—are not only meant to claim de facto rights to the resources within the nine-dash-line, they are tactical steps toward employing coercive diplomacy with its neighbors, and establishing operational control over the region in its move toward unification with Taiwan. China is also working on the diplomatic front to “peel” away those countries that currently recognize Taiwan, which now is considered as a “sovereign entity” by only the Holy See and sixteen member-states of the United Nations.

A separate but related issue is that China likely believes it still has some unfinished business with Japan—both with respect to the Senkaku (Diaoyu in Chinese) islands in the East China Sea—as well as in the broader historical context of national humiliation. Under President Hu Jintao during the years of 2003–2007, for example, Japanese fighter jet scrambles against Chinese intrusions averaged about thirty-seven per year. However, under President Xi Jinping, the number of fighter scrambles have averaged 560 per year during 2013–2017—a fifteen-fold increase. If there are any doubts about China’s lingering and justifiable historical grievances, it is likely no accident that China’s first indigenously built aircraft carrier has been called “Shandong”—a colonial province that was ceded to Japan after World War I.

Professor Patrick Mendis is a foreign-policy analyst and the author of Peaceful War. Joey Wang is a defense analyst. Both are alumnus of the Kennedy School of Government at Harvard University.