How an American Nuclear-Powered Aircraft Carrier Was Almost Sunk 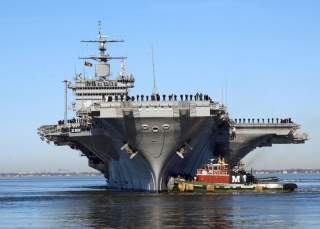