How to Avoid Making 'the Afghanistan Mistake' in Africa 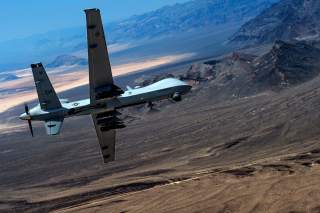 Africa policy is back in the news for all the wrong reasons. The president’s dreadful remark during the immigration discussion has not improved his standing among diplomats and does indeed threaten to cast Washington’s Africa policies under a new pall. However, this most recent blunder seems quite trivial in comparison to the four U.S. servicemen killed tragically in Niger during early October.

The “conventional” media briefly wondered what U.S. troops were doing in Niger in the first place. That all too brief exploration was followed by a tortured and politicized debate about how the commander-in-chief should or should not address next of kin for servicemen killed in the line of duty. Several pundits were paraded on the airwaves to explain that U.S. military forces are apparently badly needed in Africa for the fight against terrorism. They argued that American foreign and defense policies too often neglect Africa and that, if anything, the U.S. military commitment should be increased. They are wrong. Drones and special forces are no more likely to “end” terrorism in Africa than they have in Afghanistan and throughout the Middle East. Perversely, they may well increase it. Never mind that, as Katrina vanden Heuvel has cogently argued, these rather extensive deployments into Africa are unconstitutional.

A few months earlier, another stunning headline emerged from the eastern part of the African continent. A new rail line connecting Mombasa and Nairobi was completed ahead of schedule and promises to be just the first leg in a system that aims to connect Kenya, Uganda, Congo, Rwanda, Burundi—and perhaps South Sudan and Ethiopia too. That impressive feat was achieved substantially with Chinese engineering and investment. Are we thus confronted here by two contrasting models of Africa policy? Washington has a militarized approach, focusing on counterterrorism and Beijing has undertaken an infrastructure-centered approach that puts a premium on development.

Yet it was not so long ago that the two superpowers were energetically engaged in a cooperative endeavor to address a grave health crisis in Africa. Both Washington and also Beijing stepped up during 2014 and sent significant resources, including military contingents, to fight the Ebola epidemic that threatened Liberia, Sierra Leone and Guinea. Readers of this Dragon Eye column know that China’s contribution was rather impressive, as was that of the United States. Here, in this edition of Dragon Eye, we may briefly consider a 2017 report published by PLA medical personnel in a Chinese military medical journal.

This particular medical team, from the No. 302 hospital in Beijing, served in Sierra Leone. According to the report, the mobilization of the team was achieved within three days—an impressive feat considering that they had to prepare well over one thousand discreet types of medical equipment and protective gear. Computer models were apparently employed in this complex process. They are proud to have “innovatively researched . . . an Ebola patient management model” [创新研究了 . . . EVD患者管理模式]. That system involved a process of triage, as well as rotation of doctors and nurses, so that medical personnel each worked shifts that did not exceed two hours, due to the difficulties of working in personal protective gear [个人防护装备] in exceedingly high temperatures. Through the strictest possible infection control procedures, the team is proud to have achieved “zero infection” [零感染] in deployed personnel. For any military force or emergency response team, lowering risks to deployed personal is obviously critical to success. It both demonstrates a high level of professionalism, but also opens the possibility for future, similar operations. During the roughly six-month deployment, this team (running two treatment centers) treated 883 cases of suspected Ebola with 295 confirmed cases. In the infected group, 51.2 percent survived the ordeal.

This same Chinese medical analysis concludes that this deployment presented “yet another major test” [又一次重大考验] for Chinese national infection control capabilities. It also tested the PLA’s emergency management procedures, civil-military integration, as well as the ability to coordinate for “ground-sea-air multi-mode long range projection.” [陆海空多途径远程投送] Not much detail is given on problems, but cultural issues and also equipment durability are highlighted as areas for improvement. To put this bluntly for my many, relentlessly skeptical and hawkish colleagues, if pandemic diplomacy and such disaster response operations represent the kind of “long-range projection” that the PLA is studying intensively, this is some rather good news regarding Chinese military intentions. The lead article, moreover, in a very prestigious Chinese international relations journal, The Journal of International Studies [国际政治研究], published in mid-2017 by Peking University [北大] implies that pandemic disease diplomacy is not a minor subject in the Chinese capital. That study observes that China is particularly vulnerable given its very extensive global-trade footprint, but also suggests that health issues should be a major thrust of China’s Belt and Road Initiative.

No wonder former National Security Advisor Susan Rice repeatedly emphasized China’s role in the Ebola crisis during an extensive interview that she gave on the topic of U.S.-China relations during late October 2017. She concluded the interview by describing a scene in which Chinese and Americans worked together on an airport tarmac in Liberia to unload much needed aid from a Chinese aircraft. Even though that crisis was one of China’s most intense, high-risk exertions on the world stage in recent years, the example of offering “public goods” [公共产品] to the world community, and Africa in particular, hardly comports with the dark assessment in the current U.S. national-security strategy that “China . . . wants to shape a world that is antithetical to U.S. values and interests.” Rice also points out in the same interview that China is the “largest contributor by far” among the “P-5” countries to UN peacekeeping—an issue of considerable importance to African security. One could cite many other examples of China’s rather benign foreign policy, not least the Belt and Road Initiative, as a means to offer Central Asia, the Middle East, and Africa a much more promising future than turmoil and radicalism.

Indeed, Beijing has shown by its example a better way to interact with Africa, one that leads with development—chiefly through investment and infrastructure. True, China has set up a first foreign-military base in Djibouti (next to bases managed by other major powers including the United States), but it has exercised a healthy restraint and thus far opted against using its military might on the continent in any aggressive form. We should all hope that Beijing does not follow Washington’s destructive pattern of seeing nails everywhere, after having crafted a fine, shiny hammer. At this point, Djibouti appears to be developing primarily as a major trans-shipping hub for significant Chinese commercial development plans for East Africa and other regions of the continent. Indeed, Beijing’s initiatives in East Africa seems to be rather well integrated.

By contrast, the legal, political and economic debacle of U.S. warfare without geographic limit against “all enemies” has finally come home to roost. The Niger fiasco, sadly borne on the backs of our brave servicemen, must precipitate hard self-reflection and reform in our approach to Africa. And that certainly does not mean more money, troops, bases, “cooperative security locations” and drones. In fact, the shuttering of the sprawling Africa Command located in Stuttgart, Germany, would be an excellent start on these reforms—one quite consistent with a realist foreign policy that puts “America first,” thus trimming wasteful commitments. If you have doubts about such a step, ask yourself: why is the headquarters for this command located in Germany and not on the continent itself? Stuttgart, a mid-size German metropolis, is conveniently proximate to Bavaria and the Alps and also happens to be located right in between such charming destinations as Paris or Prague. This place presents an extremely comfortable (if not cheap) locale to monitor “[expletive]-hole” countries via video-link (while munching on scrumptious curry-wurst). Ausgezeichnet [非常好], but not so much for American taxpayers.

The United States can do a lot of good in Africa. It already has, for example, the impressive effort against the AIDS epidemic there started by President George W. Bush. Africa could benefit from more U.S. medical assistance, as well as business, technology and educational opportunities, of course. These activities could well complement Chinese efforts underway and there is no reason why such efforts need to be competitive or zero-sum as the “conventional” media is constantly hyping. But Africa emphatically does not need more foreign commandos with sniper rifles and bags of money, nor American drones either.