How Biden Can Deter Putin from Invading Ukraine 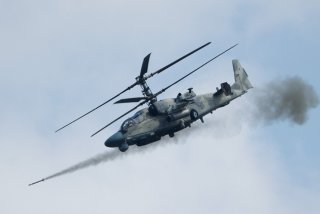 The Biden-Putin virtual summit two weeks back and the Kremlin’s increasing provocations since underscore that Washington and Moscow have taken rather different approaches to the U.S.-Russian relationship since last spring. While Russian president Vladimir Putin has been constantly probing the Biden Administration for weaknesses, the White House has been seeking a way to “park” or stabilize the relationship in order to focus energy on the purportedly greater danger posed by China. The result has been a mismatch that does not serve American interests and increases the risk of a major Kremlin strike in Ukraine.

Two issues have been at the center of the Kremlin challenge: Ukraine and cyber operations. Moscow has used one and then the other in seeking advantage from the Biden Administration, which has been left playing defense, at times successfully, at times not. Putin’s knack is for provocations that hold the promise of gain, but leave the possibility of retreat so that he loses nothing. His principal interest is to solve his major foreign policy problem: Ukraine. His nearly eight-year, limited hybrid war in the Donbas to persuade Ukraine to renounce its westward-leaning foreign policy has failed. So he is looking for a new way to achieve this end by forcing Ukraine into concessions or tricking the United States, Germany, or France into offering concessions that undermine Kyiv’s position and resolve.

And it was this issue that Putin chose to use for his first test of Biden. In the early spring of 2021, the Kremlin assembled up to 100,000 troops just east of Donbas and in northern Crimea offering various unpersuasive reasons for this large presence such as it was a response to the U.S./NATO Defender Europe 2021 exercise (which Ukraine did not participate in) or that it was a preemptive move to deter a Ukrainian offensive in Donbas (which has not happened since Ukraine’s defeat by regular Russian forces at Ilovaisk in the summer of 2014).

The Biden team’s response to the Kremlin’s specific provocation was excellent. It quickly noted the danger and publicly signaled that if Moscow launched a conventional military invasion, the United States would impose major sanctions on Russian and provide $100 million in additional military aid to Ukraine. President Joe Biden, Secretary of State Antony Blinken, Secretary of Defense Lloyd Austin, NSC Adviser Jake Sullivan, and Chairman of the Joint Chiefs Mark Milley called their Ukrainian counterparts in the space of a few days to pass this message of support: and for good measure Milley also called General Valery Gerasimov, his Russian opposite number, to make sure that Moscow also understood American resolve.

Since Moscow began to make clear its predatory foreign policy with its cyberattack on Estonia in 2007 and then its invasion of Georgia in 2008, this was the fastest and strongest American response to a Kremlin provocation. Washington actually deterred a possible Russian escalation in Ukraine and Putin pulled back some of his forces from the border.

This was a real achievement, but not a loss for Putin. Partly that was due to an administration looking to find a modus vivendi with Moscow in order to focus on the growing threat from China. The Biden team sought ”park” the relationship with Moscow or to establish a “stable and predictable” relationship.

Frittering Away the Fruits of Victory

The implications of this were clear as the crisis on Ukraine’s border receded. First, the administration decided not to send that additional military aid to Ukraine; if it had, the Kremlin would have paid a price for its provocation. Next, Sullivan called Nikolai Patrushev, Secretary of the Russian Security Council, to raise the prospect of a summit, something that the Kremlin always values to underscore Russia’s status as a leading power. To further underscore Washington’s interest in better relations, the administration’s dubious decision to accommodate Berlin by waiving sanctions on the Kremlin gas pipeline project to Germany, Nord Stream 2, was taken May 19, the day that Blinken met with Russian Foreign Minister Sergey Lavrov to plan the June summit in Geneva.

Were Moscow truly interested in “predictable and stable relations” with Washington, the path to the Geneva summit would have been smooth. But Putin was not done testing Biden and the run-up to the summit proved to be a roller coaster. This time Putin’s field of battle was cyber. A swarm of cyber attacks was launched from Russia. The first major attack—on the Colonial Pipeline—came in early May. Late May brought attacks on JBS Meats and USAID. Finally, Biden responded with a tough statement in early June that Moscow would be held accountable for future cyber strikes.

Biden made cyber the centerpiece at the Geneva summit and delivered a clear, tough message to Putin, privately and in his public press availability. The problem was that the cyberattacks resumed after Geneva. And perhaps it was Putin the merry prankster who suggested that the attacks begin the July 4 weekend, to mark his own special way of celebrating American independence. It took the Biden a few days to respond. Facing domestic criticism for inaction, just as he had in late May, Biden called Putin July 9 to “lay down the law” a second time.

Maybe Putin felt that Biden meant it this time. In any case, the Kremlin stepped back: the attacks ceased and Revil, one of the Russian hacker outfits responsible for some of the attacks, disappeared from the web. Putin pocketed his gains—making the Administration look weak—and backed off to avoid U.S. retaliation. But this was just a pause. In September, Revil was back on the internet. In September and October, Moscow was once again on the cyber offensive in the United States against government, business, and think tanks

Despite the resumed offensive, Washington gave Moscow a major gift. It deported Aleksandr Burkov, a Russian hacker sentenced to nine years in U.S. jails for cyber crimes, back to Russia.

It is also important to note that, post-Geneva, while Moscow and Washington were at loggerheads over Russian cyberattacks on the United States, the two governments were working on a joint cyber approach at the UN. In October, the two governments introduced a cyber resolution at the General Assembly. This development was even touted in Washington as a sign of improving bilateral relations. For tough guy Putin, the real lesson was that, within limits, he could conduct cyber attacks on the United States with virtual impunity.

Returning to Ukraine with a Stronger Hand

With his cyber gains in hand, Putin returned once again to Ukraine. This time, he raised the ante. In July, he prepared the ground for a more menacing provocation by writing a historical analysis that said the Russian and Ukrainian (and Belarusian) people are one and that Ukraine has no right to exist as an independent state except in league with Russia.

While Medvedev added his voice to the ideological offensive, the Kremlin once again began to assemble forces on Ukraine’s border quickly approaching 100,000 troops, and in a position to go as high as 175,000. This activity prompted administration and outside analysts to draw the conclusion that the odds of a major Russian conventional offensive in Ukraine were greater than in the spring. Here, too, Washington’s response was fast and strong. It dispatched CIA Director (and former Ambassador to Moscow) Bill Burns to Russia in early November to express concern about the buildup and warn of a strong U.S. response. Dissatisfied by Moscow’s response to Burns’s visit, the Biden administration issued a public warning during Secretary Blinken’s press conference with visiting Ukrainian Foreign Minister Dmytro Kuleba in mid-November.

In the days that followed, Blinken led the way in diplomacy with Europe designed to create a joint Transatlantic position opposing strongly a major Kremlin escalation in Ukraine. This prompted strong statements from Germany and France and the start of U.S.-EU coordination on possible sanctions. The United States outlined three  steps that a new Russian offensive would engender: punishing sanctions on the Russian economy, more military aid to Ukraine, and increased deployments of NATO forces to its eastern members. This welcome show of strength and Transatlantic unity certainly got Moscow’s attention.

But once again after laying down a tough line, the Administration offered an olive branch to the Kremlin: within days of Blinken’s press conference NSC Adviser Sullivan had another call with Patrushev about, ”work on improving mutual relations between the two countries,” according to RIA state news agency. At this point, the two sides began to prepare the virtual summit between the U.S and Russian presidents (again, which gratified Putin)  that took place on December 7. As in Geneva, Biden delivered a strong warning on December 7, but this time against a conventional Russian attack on Ukraine. But he also agreed to hold talks with Russia and other nations on overall European security, something Moscow has long sought. To be fair, Biden said talks can only start after Russia removes its troops from Ukraine’s border. But while Biden was offering something Putin wanted, and unnecessarily assuring Moscow that U.S. troops would not be used in defense of Ukraine, the Russian Ministry of Foreign Affairs sought additional advantage. On December 17 it published draft U.S.-Russia and NATO-Russia agreements with Moscow’s desired concessions—a very unusual way of proceeding—demanding many things that Washington and NATO could not accept.