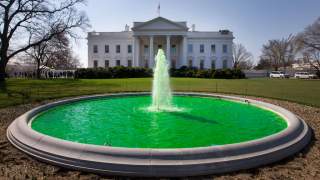 The last three hundred years of international-relations history were characterized by the struggle between major powers to extend their spheres of influence in different parts of the world. The main objects in the framework of that competition were the small nations and peoples that could not afford the luxury of independence and, therefore, have always been in the orbit of influence of the great powers and empires. History shows that small nations in larger states’ zones of interest have often been threatened with complete annihilation. The consequences of Britain’s colonization of Ireland led to the Great Famine, which killed more than one million people. Contradictions in Europe led to the two world wars, resulting in the genocide of the Armenian people in Ottoman Turkey, as well as the Holocaust of European Jews conducted by Nazi Germany.

After the defeat of the Third Reich, certain illusions arose about a new realism that would take into account the lessons of the tragic war. However, neither the establishment of the United Nations with principles of international law nor the decolonization process could change these tough rules of struggle between great powers. During the Cold War, small countries became an arena of ideological battle between the American capitalist and Soviet communist systems. The wars after 1945 once again led to massive destruction and annihilation. Ideological contradictions imposed by competing states resulted in large-scale civil wars in Vietnam and Korea. Political models of communism and democracy turned out to be more important than national identity for the inhabitants of different parts of these countries. For many centuries, empires created internal contradictions and manipulated them to extract benefit. The nations that were able to learn from their own history and study the behavior of major powers recognized the need to strengthen their identity and lobby their interests by various means and methods.

Political realist theory says that a state can be independent if the heads of the world’s leading countries consider its opinion. After the two world wars, the decolonization process and the collapse of the USSR, many new states appeared that were trying to find their place in the international system. Some countries, such as Lithuania, Latvia and Estonia, joined the European Union and the NATO military-political bloc, receiving the patronage of the United States. The leaders of these nations made a reasonable decision to surrender their sovereignty in favor of focusing on the supranational level. They understood well that lack of resources would prevent them from creating their own political tools that would allow them to keep a balance between the different centers of power. In that respect, the Baltic countries were lucky enough, because their choice did not meet much resistance from Russia, which for centuries has considered these areas an object of its national interests. Other small states have been less fortunate. On the one hand, Moscow did not seek to intervene in the internal affairs of those “younger brothers” that announced their own foreign policy priorities. On the other hand, the Kremlin drew red lines that these small countries could not cross.

Russia did not oppose the dialogue of Tbilisi with NATO, but it clearly explained that joining the military-political bloc would mean the end of the Georgian state. Nowadays, Georgia, Moldova and Ukraine are not able to take a political decision to join the EU or NATO, recognizing the dire consequences for their countries and peoples. As a major nuclear power, Russia is seeking to demonstrate its determination and force its competitors to recognize its own spheres of influence. Therefore, if there is a need to sacrifice the interests of small countries and peoples, Moscow will do it without any doubt or regrets. In general, the United States will behave in a similar way if Cuba, Nicaragua and Costa Rica decide to become members of a military and political union supervised by Russia. Fierce competition has not disappeared; it is just diplomacy that creates illusion of softness, equality and respect for small states. Thus, many small countries are objectively deprived of any possibility to avoid the collision of different interests on their land.

There are also states without any natural resources or favorable geographical configuration, whose interests are nevertheless taken into account by great powers. For decades, countries such as Ireland and Israel have actively deployed the potential of their sizable diasporas around the world, forming unified transnational political nations. Many experts often mistakenly equate the concepts of diaspora and transnational political nation. In the scientific world, there are hundreds of opinions about what a diaspora is and how it differs from a community and lobby. In general, a diaspora is a group of people united by common national, religious or cultural traditions. As that definition suggests, a diaspora does not have to bring together the representatives of particular ethnic groups.

Today, religious and geographic diasporas are the most active ones. For example, the Poles, the Italians and the Cubans can together be considered part of the Catholic diaspora, while the Bulgarians, the Greeks and the Romanians are included in both the Orthodox diaspora and the Balkan diaspora. As for a community, it unites people of the same ethnic origin, regardless of their place of exodus and religion. Thus, a French-American Protestant who grew up in Texas and a French Catholic who moved from Lyon are both an integral part of the French community in the United States. In turn, a transnational political nation (TPN) unites the most active representatives of a specific ethnic group. A TPN is always closely connected with the country of origin, and its main priority is defending its interests.

Why the Irish TPN Succeeded

There are more than sixty million Irish people around the world, while there are only 4.5 million permanent residents in the Republic of Ireland. The largest Irish communities are concentrated in the United States. According to the 2010 census, thirty-eight million Americans claimed Irish origin, accounting for nearly 11 percent of the country’s total population. The formation of Irish interest groups in America has a long and rich history, dating back to the American state’s foundation. Members of the Irish community played an important role in key events of American history: the struggle for independence from Britain, the territorial expansion of the United States, the Union’s victory in the Civil War and the civil rights movement. In addition, the Irish created large farms and built plants and factories, boosting the development of American economic power.

The factor of heritage has become one of the most important components in the construction of the Irish transnational political nation. Community leaders have constantly reminded the general public and the political class of the invaluable contributions and sacrifices that the Irish people made for the good of the United States. At various times, the Irish people reminded the leaders of the White House of President Andrew Jackson’s covenant to appoint the Irish and the Scottish to key foreign-policy positions as the most talented and dedicated sons of America. Wide advertising of Irish heritage has led to the development of a special attitude toward Ireland among the American public. For Irish interest groups, it was important to create such an image of their historic homeland in order to balance against the entrenched Hamiltonian tradition, according to which the American and British peoples have a special fate, and the United States has an important mission as the foundation of the Anglo-Saxon world. Though the attempt to break this philosophy failed, the permanent promotion of the Irish historic brand has led to the perception of the Irish as a major founding nation.

The second factor is Catholicism. Historically, the Irish were the largest ethnic group of Catholic confession in a predominantly Protestant America. The lack of serious competition allowed the leaders of Irish lobbying organizations to steer Catholic voters, influencing political decisionmaking. Irish Catholic organizations ultimately played a key role in establishing and developing Washington’s diplomatic relations with the Vatican. During regional and federal election campaigns, candidates wishing to get the votes of Catholics had to appeal to the leaders of the most influential Irish organizations. Many influential presidents and presidential candidates, including Ronald Reagan, Bill Clinton and John Kerry, announced their Irish roots and special attachment to Ireland. It is difficult to say whether any was sincere in his statements. However, that is not so important: the very fact of their desire to endear themselves to the Irish people speaks to the extremely high degree of influence of the Irish in American politics.

The third factor is the formation of an Irish-centered aristocracy. Most American Irish are indifferent to political processes connected with their historical homeland. As a rule, being “Irish” just means visiting pubs and celebrating St. Patrick’s Day. Numerous examples show that on average, 60 percent of any ethnic community is apolitical and not involved in lobbying for the interests of their countries of origin. However, these figures cannot affect the effectiveness of lobbying. During the formation of a transnational political nation, the thing that really matters is an organized minority that can encourage the unorganized majority to take action in a critical situation. Many lobbying structures build a strategy of balancing between the interests of countries of residence and countries of origin. However, this tactic has long been proven ineffective. The main purpose of a TPN is to make countries of residence perceive the interests of countries of origin as their own. To achieve this goal, it is necessary to have certain representatives of the organized minority in the economic, cultural, media and political spheres. If necessary, these resources are used for organized lobbying for the interests of Ireland.