How Can the United States Support Democracies in the Former USSR 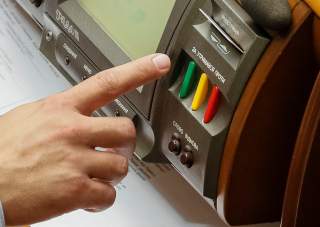 Sustained public protests in Moscow despite police violence, and embarrassing losses by the Kremlin-backed ruling party in city council elections on September 8, are indicative of rising challenges to the authoritarian model in some of the post-Soviet space. Since the collapse of the USSR in 1991, Ukraine and Georgia have made notable democratic gains. A popular uprising last year in Armenia has increased reform momentum, and a new coalition government in Moldova is making reform progress. Democratic development in Eurasia must be organic, but targeted Western support for reforms could be most productive in these four countries.

The developments in Russia are striking. The largest public protests in Moscow in seven years come amid declining personal incomes, unpopular increases in retirement ages and dissembling about two military disasters. Putin’s popularity has ebbed, although remains in the mid-60th percentile, but public trust in him has plummeted to just over 30 percent. Anti-government protests in Hong Kong could be helping to encourage those in Moscow.

Ukraine’s recent free and fair elections have been stunning. In April, comedian and political newcomer Volodymyr Zelensky won the presidency in a landslide, exploiting popular anger with corruption and poor living standards. The incumbent, Petro Poroshenko, ran on a nationalist, anti-Russian agenda and suffered a humiliating defeat.

In July Zelensky’s new political party, Servant of the People, won a majority in the Rada—the first time any single party has done so in Ukraine’s modern independence. Zelensky’s team is touting long-needed, bold reforms to improve the economy and the rule of law. Immunity from prosecution of Rada members has ended. Zelensky’s priorities include privatizing wasteful state enterprises and creating a market for the purchase and sale of private farmland.

Ukraine is not the first post-Soviet state to democratize. Early, rapid gains in the Baltics—Estonia, Latvia and Lithuania—led in 2004 to their admission to the European Union and NATO. But it is Ukraine’s current efforts to advance democracy that are being watched most closely in other post-Soviet states.

In the early years after the collapse of the USSR in late December 1991, neither Ukraine nor Georgia seemed a likely democratic pacesetter. Ukraine’s first president, Leonid Kravchuk, earned his communist spurs in agitation and propaganda, and corruption hobbled the country’s development. Meanwhile, led to independence by extreme nationalist President Zviad Gamsakhurdia, Georgia was convulsed in civil war and separatist conflicts in Abkhazia and South Ossetia.

Yet in both countries civil society, a democratic building block, was gathering strength. This was shown in their support for independence from the USSR. In 1991, prior to the Soviet collapse, nearly 99 percent of Georgians and 90 percent of Ukrainians backed independence. Popular uprisings—the 2003 Rose Revolution in Georgia, and the 2004–05 Orange and 2013–14 Maidan Revolutions in Ukraine—advanced democratic consensus. Russian invasions—in 2008 in Georgia and 2014 in Ukraine—spurred the push for a European vector.

Recent democratic slippage in Georgia, however, is evident in a flawed presidential election last fall, with the use of excessive police violence on June 20–21 against political protesters, and the secretive influence of billionaire Bidzina Ivanishvili who funds the ruling Georgia Dream party. Georgia’s latest prime minister has just “resigned” after only fourteen months in office, raising questions about governance stability and planning. His replacement is the controversial former interior minister, who last June directed the crackdown on protesters.

Last year’s Velvet popular revolution in Armenia upended decades of less than-democratic governance, but this opening was a long time in coming. Prime Minister Nicol Pashinyan has sent both positive and mixed signals. He has promised corruption-reducing judicial reforms, and two years of good economic growth and low inflation have helped improve living conditions. But Pashinyan has voiced a stance on the Nagorno-Karabakh conflict with Azerbaijan that could diminish prospects for a negotiated settlement. Armenia’s close ties to Russia could also limit its room for maneuver.

If Ukraine accelerates economic and rule-of-law reforms and leverages Western support, it will be an important model for other post-Soviet states. Freedoms in Georgia may help inspire neighboring Armenia to make democratic gains if it corrects its current political shortcomings.

Moldova has a surprising coalition of pro-European and former Communist political forces. They have joined to rid the country of its most malevolent corrupt figure. German chancellor Angela Merkel has voiced support for the new government while urging faster reforms, and the European Union is unblocking financial aid. Interestingly, both the United States and Russia are backing the new government.

The West has only modest capacity to influence circumstances in most post-Soviet countries. In Ukraine, Georgia, Armenia and Moldova, however, the West has the potential to make a real difference by supporting civil society and improved governance. Fortunately, in those four countries the appeal of authoritarian models is not strong.

Kenneth Yalowitz is a Global Fellow at the Wilson Center, former U.S. Ambassador to Belarus and Georgia, and an adjunct professor at Georgetown University.