How Central America Could Win from Trump's 'America First' Policies 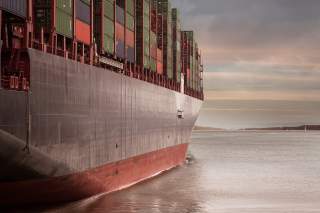 The United States continues to be frustrated by a lack of progress in Central America even with a growing body of work supporting economic development, crime and insecurity. After years of slow burn, regional realities exploded onto Washington’s political agenda at the end of the Obama administration with the arrival of thousands of unaccompanied minors at the Southwest border of the United States. Despite the obligation of hundreds of millions of dollars since then—and a commitment for hundreds of millions more—indicators in the Northern Triangle countries of El Salvador, Guatemala and Honduras have barely budged since the end of the vicious civil wars over twenty years ago. Now, the election of Donald Trump has raised additional concerns. By restricting entry into the United States for migrants from Central America, including asylum seekers, while seeking to deport undocumented migrants back to their home countries, U.S. actions could inadvertently intensify pressure to the breaking point on already-stretched national and regional democratic institutions.

To ensure this is not the case, in mid-June the U.S. Secretaries of State and Homeland Security, together with their Mexican counterparts, will host a meeting in Miami of leaders from the Northern Triangle countries and ministerial-level representatives from others in the region. Vice President Pence is also likely to attend. This initiative is designed to set a new agenda building prosperity and improving security, while also seeking to target U.S. assistance and other assistance more effectively and galvanizing improved regional coordination and cooperation. One desired outcome would be the facilitation of new, unprecedented waves of investment from the private sector that will support economic growth and create jobs in the Northern Triangle. This would offer undeniably better options for citizens beyond the Scylla of a dangerous, uncertain trek north and the Charybdis of living in constant fear and even the possibility of premature, gang-involved death.

It is an effort that will disappoint without a radical rethinking and refocusing of regional priorities.

The situation on the ground in the Northern Triangle remains fluid and difficult. Some 50 percent of Central Americans overall live in poverty, many without access to clean water, electricity, health care and quality education. Malnutrition is widespread in some areas. High unemployment plagues the region, and, with over 60 percent of the population under the age of thirty, the high percentage of youth without jobs or going to school full time is a significant concern. To make matters worse, periodic natural disasters, including hurricanes, volcanic eruptions and earthquakes rock the region, knocking precious percentage points off GDP in those nations least-equipped to recover lost growth.

Meanwhile, security in the Northern Triangle is fraught, with murder rates well above global averages. Located between the world’s largest illegal drug-consuming nation and one of the world’s largest drug-producing regions, Central America is at the most basic level victimized by geography, a prime transit route for illegal activities that both overwhelm and undermine the capacity of governments to address them. The region is also challenged by state-enabled criminality: Venezuela’s government and military are credibly alleged to be actively trafficking rather than controlling illegal drugs; a different government in Venezuela would presumably support rather than undermine Central America’s desperate fight. Gang activity and the easy availability of high-caliber weapons and other weapons also contribute significantly to insecurity, at times giving criminals the ability to outgun state actors. The attractiveness of gang membership is exacerbated by the lack of economic opportunity and also the lack of effective policing and judicial process. Impunity is rife, as is corruption. Deep social divisions within countries and deep political divisions between and among countries hamper governance and cross-border cooperation.

It is a potent mix. While the primary responsibility for addressing these issues resides with the nations themselves, it is in U.S. interests, given history, values and connectivity with the Northern Triangle, to help, and we have the capacity to do so. Importantly, continued engagement also provides the United States with the opportunity to address core interests at their source. The United States has already provided hundreds of millions of dollars in development and security assistance to the region through fiscal year 2016 and fiscal year 2017, and is a strong and vocal supporter of international efforts to reduce corruption such as the International Commission Against Impunity in Guatemala and the Mission to Support the Fight Against Corruption and Impunity in Honduras. These are worthy efforts. And the United States has also been a key actor in seeking to promote political stability and keeping presidential elections open and fair; it must continue to play this role in the run up to presidential elections in Honduras in November.

Nonetheless, this is only part of the story. In the words of former Secretary of State James Baker arguing for the conclusion and passage of North American Free Trade Agreement, it’s about “jobs, jobs, jobs.” Simply put, one of the best ways the United States can support development effectively in the Northern Triangle of Central America is by promoting investment and job creation in the formal economy. Regional growth has often been consumption-led, fueled by remittances from Central Americans living in the United States and elsewhere. But remittances do not generally build capacity; absent a new commitment to improving business conditions, there will be limited opportunity for investment-led, sustainable growth. Options are lacking for those both outside the education system and the formal workforce. Instead, generating good, legal, sustainable jobs offering the prospect for a better life and stability at the local and community level is critical in migrant-sending nations.

Regional job creation, while not a panacea, requires both domestic and foreign investment. Investment, in turn, requires, an attractive business climate that includes enhanced personal security, an educated workforce, improved regulatory transparency and the rule of law. So long as regional business conditions do not radically improve, any talk of a positive investment shock is regrettably premature.

Freer trade with the United States through the Dominican Republic-Central America Free Trade Agreement was an important step. Meanwhile, suspension of U.S. participation in the Trans-Pacific Partnership is potentially good news for El Salvador, Guatemala and Honduras, offering temporary relief from enhanced global competition with the most competitive products and markets in Asia. Although important from a strategic U.S. perspective in Asia and Latin America, TPP nonetheless threatened to divert U.S. trade and investment activities away from the Northern Triangle and others in Central America toward nations like Vietnam and Malaysia. Assuming TPP is eventually resurrected, Central American nations should utilize their temporary reprieve to redouble efforts focusing on improved regional economic competitiveness. A welcome goal, in fact, would be to establish their own readiness to join TPP if and when that becomes appropriate.

In this regard, U.S. assistance should be refocused as a means primarily to leverage results. Despite many worthy projects ongoing, too much diffusion of effort, too many priorities, and too many benchmarks and conditions dilute results. This is a scenario that, particularly in the current budgetary environment in Washington, we can no longer afford. At the same time, by rethinking how we deliver aid—namely, to encourage outcomes rather than inputs—Northern Triangle countries should be incentivized to produce real results by allowing them to claim a greater share of assistance over time. In other words, rather than dividing assistance coequally among the three recipients up front, as has generally been done, we can be more creative, leveraging improved outcomes by encouraging each nation, either alone or in cooperation with the others, to compete for a larger share of the overall assistance package by committing to concrete action plans and measurable results that can be tracked and rewarded with successful implementation.

Conversely, nations that fail to seek actively to promote economic convergence with their neighbors, or obstruct such convergence, should see their anticipated assistance from the United States reprogrammed instead to their neighbors. The prototypical test case for this is energy and the need for regional power connections to build capacity, increase and secure access, and lower costs, with high electricity costs being a prime disincentive for investment. The United States maintains leverage. We should use it freely.

On the security side, improvements of which are fundamental to strengthening conditions for economic growth, clear priorities and easily understood metrics employed during Plan Colombia with strong bipartisan support proved beneficial, such as a reduction in homicides and the reestablishment of a state presence in all communities. Appropriate metrics on drug trafficking, corruption and judicial-system effectiveness can also be employed, and greater regional security cooperation should be actively considered. Creative thinking should be given, for example, to standing up regional constabulary forces to come alongside overmatched police forces, even as the emphasis on police professionalization and community-policing techniques continues.

A flexible, multi-national constabulary would allow for centralized vetting and training, including human-rights expectations, standardization of equipment, consolidation of resources like data and intelligence sharing, forensics facilities, lower-cost procurement and the cross-border confidence-building that develops among security personnel who train and serve together in their countries and other countries. Perhaps, too, it would help break away from the long-standing, stultifying debate over the proper role for militaries in the Northern Triangle, as well as clarifying the proper posture for U.S. engagement and support on the police vs. military dichotomy. A small, pilot program to test these ideas would be appropriate.