How China Plans to Dominate the Global Economy: Copy America 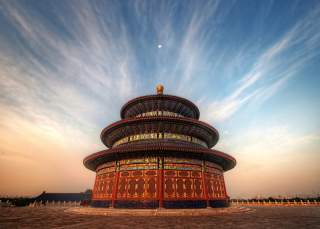 Even if the ongoing trade negotiations between China and the United States don’t look like a “trade war,” they certainly can be interpreted to be the events leading up to one. In partial response to the Section 301 investigation into Chinese infringements of intellectual property rights (IPRs), the White House Office of U.S. Trade Representative has recommended the application of an additional 25 percent tariff on $50 billion worth of Chinese products. In the meantime, China has applied its own list of U.S. products subject to tariffs up to 25 percent. For starters, China has already stopped buying soybeans from the United States, according to Soren Schroder, CEO of Bunge Ltd., an American agribusiness and food company in New York.

At this point, the Trump administration appears to have drawn the forward edge of the battle area. However, there seems to be a lack of consensus within the Trump administration on the most effective approach to the desired ends. Before the tit-for-tat escalates into a trade war, there are a few points President Donald Trump should consider without losing America’s credibility.

America in its formative years is a case in point. As a young developing nation, it “refused to respect international intellectual property rights on the grounds that it was freely entitled to foreign works to further its social and economic development.”

Early America not only stole British designs, but also smuggled in skilled British craftsman. Having fought so hard for their independence, Americans believed that the British intellectual property regime were simply a “pseudo-colonial ploy to force the United States to serve as a ready source of raw materials and as a captive market for low-end manufactures.” One could imagine the Chinese thinking the same thing today.

In the 1830s, the Carne brothers would discover a burgeoning tranche of middle-class consumers who, while not able to purchase high-end goods from Europe, still had some disposable income for affordable luxury. They sent some of their high-end luxury goods to China where they could be mass produced at a much lower cost, then had those goods imported back to the United States in quantities.

Between 1790 and 1836, when the United States was a net importer of technology, the issuance of patents were restricted to U.S. citizens and residents. Even as late as 1836, patents fees for foreigners were ten times greater than for U.S. citizens “(and two thirds as much again if one was British!)” The U.S. Commissioner of Patents would note in 1858 that the fees were “as significant as it is deplorable.” It was not until 1861 when foreigners would be treated “on an (almost wholly) non-discriminatory basis.”

Those that would rail against China for all things “Made in China” would do well to recall the 1970s when people railed against everything “Made in Japan.”

In the devastating aftermath of World War II, Japan would profit handsomely from the Cold War that was heating up. With Chairman Mao Zedong’s takeover of mainland China, the United States faced a two-front Communist threat from both China and the Soviet Union. Consequently, the United States made great efforts to keep Japan out of the Soviet sphere. With financial aid as well as military and political protection, the United States kept its markets open to Japan’s goods while allowing Japan to severely limit access to its own economy.

Under this arrangement, “Japan obtained nylon from DuPont, nuclear power from General Electric and Westinghouse, the transistor from Bell Laboratories, and television tubes from Corning Inc. Licensed U.S. intellectual property contributed the technological basis for nearly all of Japan’s modern industries.” Companies such as IBM and Texas Instruments not only shared their technology with Japan, they also set up factories there. Over the course of the postwar years from 1946 to 1976, the Japanese economy expanded fifty-five-fold.

Yet, for all these advantages, the 1980s still saw Texas Instruments battle with Japan over semiconductors, “Honeywell vs. Minolta over automatic focusing, Corning Glass vs. Sumitomo over fiber optics,” as well as an FBI sting where Hitachi engineers were caught red-handed stealing hard disk hardware from an IBM plant, and numerous other cases.

The Learning Nation of China

The history of Chinese intellectual property has only progressed in fits and starts. In the twentieth century, between invasions from Japan, World War II, and internecine warfare, patents in China had virtually no real protections; consequently, while patent laws did exist during this period, “China had virtually no tradition of patent protection entering the modern era,”

When the Communists assumed power in 1949, they rejected the entire corpus of Kuomintang (i.e., KMT or Nationalists) law and “began to develop a new legal system based largely on the Soviet model,” which, with respect to intellectual property, resonated with “the fledgling Chinese communists because in large measure ‘the values under[lying] the Soviet model reflected traditional Chinese attitudes toward intellectual property.’”

It was not until the 1980s—which is when China became a member of the World Intellectual Property Organization—that it began to strengthen its intellectual property framework and enact comprehensive laws that governed the protection of these rights.

With or without tariffs, or whatever punitive measures the Trump administration decides to take, China will likely continue violating intellectual property rights until it decides that doing so is no longer in their economic interest. The China scholar Frederick Abbott has claimed that the infringement of intellectual property will fuel economic development “until the country reaches the point where IPR protection becomes economically advantageous to a sufficiently strong set of domestically vested interests.” While the velocity through this development period may be different from country to country, there are no exceptions to passing through this phase during the nascent stage of a nation’s development.

In fact, this has been the case with the United States and Japan. Former senior economist with the White House Council of Economic Advisers and Deputy Assistant Treasury Secretary Christine McDaniel has indicated that decades of U.S. pressure had little effect on Japanese behavior. Only when domestic firms found themselves “suffering at the hands of local copycats” did the Japanese government decide to significantly strengthen Japan’s intellectual property rights. Likewise, Draconian British measures had little effect on the young America.

China is likely in transition from a supplicant to a competitor in intellectual property. The problem here is that, unlike Japan, China is not only an economic competitor, it is an ideological competitor.

There is no question that the United States should challenge China because IPRs have not only emerged as legal properties in the form of patents, copyrights, and trademarks to promote American ingenuity and innovation, but it also develop an equitable global trading system. Rather than using a blunt instrument like tariffs, however, President Trump would be more effective by coordinating with U.S. friends and allies to apply unified pressure on Beijing, albeit, a good start might be not alienating them. In the meantime, as McDaniel asserts, China may someday change its ways, but don’t count on that happening until it is good and ready.

Patrick Mendis, is a former American diplomat and the author of Commercial Providence, Trade for Peace, and Peaceful War, and a previous Rajawali senior fellow of the Harvard Kennedy School of Government. He is currently an associate-in-research at the Fairbank Center for Chinese Studies at Harvard University.

Joey Wang is a defense analyst. Both are alumni of the Harvard Kennedy School of Government.