How China Is Taking Advantage of Multilateral Development Banks 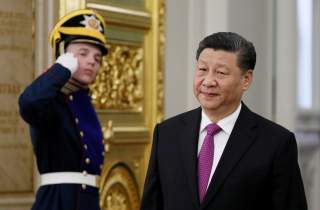 The Trump administration has taken a stern position on the manner in which the Chinese government claims developing country status in many of the world’s multilateral organizations. Beijing has for decades tried to portray itself as a developing country when  convenient, either to obtain financing or otherwise meet its global objectives while sucking up valuable (and limited) development finance resources that should really be going to poor countries that need it, rather than the world’s second largest economy with the world’s largest foreign exchange reserves. The administration’s position is both welcome and long overdue.

The administration’s most visible swipe against China’s portrayal of itself as “poor” and “developing” came earlier this year when he nominated David Malpass to run the World Bank. Malpass had an issue with the manner in which the World Bank and other multilateral development banks (MDBs) do business with China. Specifically, he objected to the size, intrusiveness, and entrenched interests within these institutions, and the very idea that such banks, which are supposed to be all about promoting development and alleviating poverty, continue to lend to Beijing. While China has been busy becoming the world’s leading de facto economic and political power, it has also been quietly establishing strong bilateral relations with regional governments, and even lending to them, while continuing to accept much needed development assistance from the MDBs.

For many years now, Beijing has also been busy in the corridors of the world’s MDBs (and other international institutions) determinedly establishing its prominence and exerting its influence in how development loans are disbursed. Although China held just 4.5 percent of the World Bank’s voting power (compared with 16 percent by the United States) in 2018, and it contributed just 5 percent toward the United Nation’s (UN’s) regular budget in 2015 (compared with 22 percent by the United States), Beijing is punching well above its weight in these and other multilateral organizations. Very little of consequence gets done at the World Bank, the UN, or any number of other multilateral organizations without the wink and nod of Beijing.

Apart from having become so influential in these postwar bastions of economic power, Beijing has been instrumental in creating two new development banks—the Asian Infrastructure Investment Bank (AIIB) and the New Development Bank—both of which are based in China and are beginning to wield considerable clout in the global development arena. Both banks are starting to supplant the other MDBs in a meaningful way, yet they are doing it at times by bypassing conventional Western-created financial institutions and implementing a Chinese approach to development lending that can prompt recipient nations to fall into a debt trap.

Even as China increases its economic presence through investment and greater influence in multilateral institutions, it continues to reap benefits intended to accrue to the world’s truly needy nations. By all rights, China should be strictly a donor nation to MDBs, not a recipient of aid. That China continues to be some of the development banks’ largest recipient of funds really is scandalous because it comes at the cost of the poorest of the poor, which truly need the resources. At what point does China’s absolute strength count for more than its per capita development? And, why do donor countries allow this double standard to continue to occur?

According to the World Bank, more than five hundred million people were lifted out of extreme poverty as China’s poverty rate fell from 88 percent in 1981 to 6.5 percent in 2012. Any legitimate argument in favor of lending based on need from MDBs disappeared many years ago, yet the World Bank’s former country director for China, Yukon Huang, has defended the Bank’s continued lending to Beijing, arguing that provincial and local governments need the loans because structural impediments prevent domestic banks from providing sufficient credit to finance public projects. In other words, he defended the practice on the basis that the Chinese government cannot seem to manage its banking sector sufficiently to get credit where it is needed in the Chinese economy. If every country in the world were to make such an argument, then many developed countries would be lined up with their own hands stretched out to the MDBs, just as China is doing.

There is another reason why the practice continues, however: the MDBs need China to continue to absorb billions of dollars of loans, grants, and technical assistance each year because many of the smaller and poorer countries do not have the capacity to absorb it. Without China, lending amounts would decline, which would call into question how these banks operate. That is a subject few in the management of these institutions are inclined to tackle seriously, even though doing so is long overdue.

For Beijing to continue to receive development assistance, given the strength and prominence of its economy, makes even less sense given that it has taken specific action to assume a more substantial role lending to developing countries through the AIIB and its participation as a founding member of the New Development Bank. Beijing formed the AIIB to counter the absence of a more pronounced leadership role in other MDBs, as well as to help pick up the slack in infrastructure investment lending in Asia. Why does it not recognize the incongruity in taking a prominent leadership role in infrastructure-related lending institutions while continuing to accept development assistance on a grand scale from the MDBs it is now competing with?

By the same token, how can it be that China (and Mexico, South Korea, Qatar, and Singapore) are all categorized at “developing nations” in the World Trade Organization? China, Mexico, and South Korea are members of the G20, and Qatar and Singapore have higher GDP per capita than the United States! How can any of these nations be considered developing countries? That is because, in the WTO, countries self-proclaim their development status. Doing so gives them more time to enact trade rules and continue to implement export subsidies. China has been the world’s leading exporter since 2009. Does it need to implement trade subsidies when it is already rated number one? It is absurd that the WTO, whose job is to administer trade rules and ensure fair trade, has such a loophole to begin with. Additionally, it is ludicrous that such countries can shamelessly take advantage of such ambiguities indefinitely.

Of course, it would ultimately be preferable if China were to become the global power that it strives to be as a member of the community of nations by acknowledging that it plays by internationally accepted rules, standards and norms. How Beijing operates in international institutions is central to that concept. The Trump administration is challenging Beijing in a number of ways, but none is more important than ensuring that development aid gets to the countries and the people that really need it. China is clearly not one of those countries. If it takes a U.S.-led battle within the MDBs and other international organizations to ensure that this practice stops, then so be it.

Daniel Wagner is CEO of Country Risk Solutions and author of China Vision.