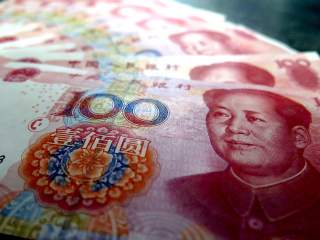 As China prepares to host a major summit on its high-profile One Belt One Road initiative (OBOR) on May 14 and 15, much of the hype and hyperbole surrounding China’s seemingly inevitable rise to Asian—and even global—leadership is certain to be renewed. For its part, in statements about the “Belt and Road Forum for International Cooperation,” as the summit has officially been dubbed, China’s foreign ministry has been at pains to explain that the initiative is first and foremost “an economic cooperation forum . . . and we don’t want to politicize it.”

No region highlights more clearly the tension between the economic and geopolitical impacts of China’s rise than Southeast Asia. In the medium to long run, Chinese-hosted summits and official pronouncements about the self-proclaimed win-win effects of its economic diplomacy will do less to convince its Southeast Asian neighbors and great powers like the United States of China’s benign intentions than will enhanced clarity and accountability surrounding its goals and policy instruments.

In addition to long espousing a Peaceful Development foreign policy designed to reassure both domestic and foreign audiences that China prioritizes economic development, and the domestic and international stability it purportedly underpins, Chinese leaders have recently also aimed to give the impression that China is now the primary backer of the benefits of globalization. Under President Xi Jinping, such general frameworks have been accompanied by an Asia-specific public diplomacy effort to assure China’s neighbors that China seeks to create what it calls a Community of Common Destiny, which is where economic interdependence underpins regional stability and peace. Yet the Chinese Foreign Ministry’s comments about not politicizing the OBOR belie a realization that outside of China many—including some of its Southeast Asian neighbors—see China’s recent promotion of a range of economic initiatives and institutions as part of a broader mercantilist effort to enhance China’s geopolitical and strategic influence in its own neighborhood and far beyond. In short, China’s idealistic, globalization-friendly talk has been met with a strong dose of skepticism from foreign policy and business leaders outside of China who are aware, or wary, of what they view as China’s geoeconomic strategies designed first and foremost to enhance its own national interests.

In the context of Southeast Asia, the clash between the official Chinese win-win diplomacy and propaganda and the very real geopolitical tensions surrounding China’s assertive behavior, especially concerning maritime claims in the South China Sea, highlights the seemingly incompatible perceptions of Chinese economic initiatives in the region. While the OBOR framework seems to largely provide a new veneer to existing trade, investment, financial relationships and infrastructure plans in Southeast Asia, its emphasis on infrastructure development appears focused on overcoming the impression of an increasingly assertive Chinese role by addressing clear development needs especially in the poorer countries in the region. Yet the mere existence of transportation and energy infrastructure needs in Southeast Asia, and China’s willingness to dedicate policies and resources to address those needs, has not so far meant smooth sailing for China-Southeast Asia relations.

Maybe the most prominent, and still unresolved, example of a China-Southeast Asia infrastructure deal that soured was the Mytsone Dam project in Myanmar’s Kachin State. Myanmar’s rejection of the deal marked a turning point in China-Myanmar ties and in Myanmar politics in general. In other Southeast Asian countries a number of high-profile, China-led transportation infrastructure projects have also run into a range of difficulties, often centered on concerns that deals disproportionately favor Chinese interests. For example, in Sri Lanka a change of government led to the renegotiation of a major port project. Meanwhile in Thailand and Indonesia, signature Chinese-led rail projects have faced numerous stop-and-go cycles. Yet for all of these difficulties, many of these deals have either gone forward under new terms or have been mothballed in favor of other projects.

While most such Chinese-led Southeast Asia projects and their problems predate the 2013 initiation of the One Belt One Road initiative, their focus on transportation and energy infrastructure is emblematic of the type of deals China envisions for the initiative. Yet they also fall into a pattern of Chinese-led projects in other developing regions, like in Africa and Latin America, where Chinese financing and investment is packaged together as part of commodity or infrastructure deals. And as in other developing country regions, the economic and political viability of OBOR infrastructure deals in Southeast Asia and elsewhere will hinge to a large extent on how the projects are financed, how transparent they are, and how they evaluate and manage risk. And here there is an opportunity for China, its Southeast Asian neighbors as well as other countries and institutions with experience in development finance.

Three financing institutions are most often mentioned in relation to China’s OBOR projects: the Silk Road Fund, the Asian Infrastructure Investment Bank and the New Development Bank. While all are relatively new and untested, the key difference among them is that while China-led, the banks are multilateral in character while the fund is a unilateral instrument of the Chinese government. In addition to the fund, we should expect an important unilateral role in OBOR projects for China’s policy banks, including the China Development Bank. Based on past experience, such unilateral financing institutions are likely to be largely opaque and favor state-to-state deals whereas the multilateral development banks backed by China are much likelier to adopt more transparent project evaluation and risk-analysis tools and be open to government-private partnerships. Moreover, the latter are likely to be much more open to input and cooperation with regional bodies like the Association of Southeast Asian Nations and the Asian Development Bank.

In the buildup to the Belt and Road Forum, Chinese foreign minister Wang Yi declared that the One Belt One Road initiative is the “most important public good China has given to the world.” The best chance of the initiative truly being implemented and accepted as a public good—rather than as merely an instrument for China to further its own economic and geopolitical interests—is for China, its Southeast Asian neighbors and other interested countries and institutions to ensure maximum accountability, openness and transparency in OBOR projects. Ultimately this will all require understanding, and responding to, the hopes and desires of those people whose lives will be affected by these grand projects.

Matt Ferchen is a resident scholar at the Carnegie–Tsinghua Center for Global Policy in Beijing.