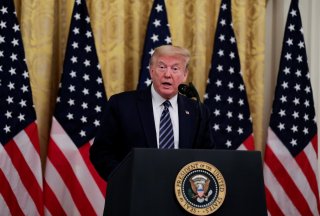 A German newspaper has sent China a bill. The state of Missouri is suing China for the impact of the virus. There is growing anger at communist China for failing to step up to the plate regarding this disaster. Yet, the Trump administration seems to have been able to craft that anger effectively into a new policy toward China.

The Chinese government at first denied there was a problem and even convinced the world that human to human transmission was impossible.

Meanwhile, doctors working in the field knew the virus was quite contagious as early as December. One of these was doctor Li Wenliang, who was accused by the police of spreading "rumors" with seven other people and made to sign a forced contraction. In fact, Li Wenliang was a whistleblower who died fighting the disease.

China took the "there is nothing to see here" attitude as long as possible. It notably allowed the inhabitants of Wuhan—the presumed epicenter of the epidemic—to circulate inside the country and abroad, to celebrate the Chinese New Year. A month thus passed between the first confirmed case of COVID-19, on December 8, and the decision to confine Wuhan, on January 23.

The Chinese government should have been more prepared as the SARS virus of 2003 provided a rehearsal for the current disaster. It was then the Chinese government first began to feel comfortable lying to the world about global health issues until it was almost too late. Yet, in the aftermath, its representatives swore, hand on heart, that such a situation would never happen again.

Not only has the situation happened again, but it is also even more severe than in 2003, and the repercussions are more serious, both human, economic, and geopolitical. 2003 was a blip on the radar screen. 2020, the Year of the Rat in the Chinese calendar, will be a year anyone who lives through it will not forget.

In Europe, the economic slowdown caused by the virus could ultimately affect the jobs of 60 million workers, between cut wages and layoffs, warned McKinsey. The pandemic could "almost double the European unemployment rate in the coming months," the American consultancy warned. Latin America is going to experience the worst recession in its history this year. The region is expected to see a 5.3 percent drop in its GDP due to the consequences of the pandemic.

France's President Emmanuel Macron argued this week before the Financial Times; the coming months could determine whether the European Union survives as a political and economic project. The following days could also trigger a dangerous widening of the financial gap between emerging markets and the developed world—with escalating conflicts and increased migration.

U.S. President Donald Trump said on Thursday that his hard-fought trade deal with China is now of secondary importance due to the coronavirus pandemic. He has threatened new tariffs on Beijing as his administration develops retaliatory measures to punish China for its lies which has helped the virus spread to two hundred countries around the world.

Trump's stance against China reflects his growing frustration with Beijing over the pandemic, which has claimed the lives of tens of thousands of people in the United States and has triggered an economic contraction. It also comes from the cold realization that China will emerge more powerful than ever after "World War V" given that its industry was the first to recover from the pandemic.

A renewed, authoritarian, and aggressive China represents a real challenge for American policy in all areas, from security to economy through to human rights. Just ask Hong Kong or China's millions of Uyghurs forced into concentration camps.

But the reality is that China remains far behind the United States both economically and militarily.

The United States has a multitude of allies and global military relations, while China has virtually none.

Sure Beijing has a cold friendship with Moscow, unequal links with Pyongyang and Islamabad, a tenuous partnership with Tehran, and sometimes unpleasant debt relations elsewhere in the developing world, particularly in Africa. China's multilateral weight is primarily limited to the economy.

President Trump is right to respond to Beijing's malicious intentions without making it an enemy.

The policy of the American president aims to meet the specific challenges represented by China. Yet, it also leaves open the possibility of promoting cooperation and commitment when possible. This approach can bear fruit.

Former secretary of state Henry Kissinger has written, "Nations learn only by experience, they 'know' only when it is too late to act. But politicians must act as if their intuition were already experience."

President Trump seems to understand this dynamic as well.

Ahmed Charai is a Moroccan publisher and an Atlantic Council Board Director. He is also an international counselor of the Center for Strategic and International Studies and a member of the Advisory Board of The Center for the National Interest in Washington.