How David Cameron Could Save His Legacy 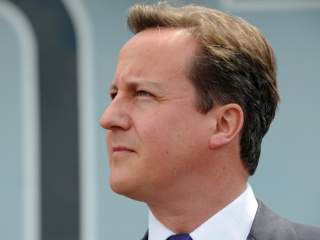 Britain’s David Cameron earned himself a “rapturous” response from members of his own party following the Conservatives’ election victory earlier this month. And rightly so; his unexpected triumph made him the first Tory leader to win a majority in a UK general election since 1992. But Cameron faces some gargantuan challenges when it comes to the business of actually governing the country. To succeed, he will need to demonstrate much better leadership—indeed, much greater statesmanship—than he hitherto has been known for.

It is a truism that not all political leaders are equal in stature. Even if a small number are recognized for their wisdom, principles and selflessness, far too many are seen as short-sighted, opportunistic and given to furthering sectional interests over the general well-being of the country. According to the political scientist James Ceaser, the mantle of “statesman” is reserved only for those in the former category of leaders. The latter, he says, are mere “demagogues.” The difference is this: Whereas statesmanship is concerned with governing for the public good, demagoguery is largely self-serving; demagogues exploit popular feelings of envy, fear and hope simply to sustain their own vacuous political careers.

In most democracies, Britain included, demagoguery is all too common. The Conservatives’ recent general-election campaign certainly evinced traces of demagoguery at work—appeals to envy and hope, to be sure, but mostly the politics of fear: fear of immigration; fear of Scottish nationalism; and fear of the (relatively modest) redistributive fiscal policies put forward by Labour. It was a Thatcherite campaign focused on flattering certain groups of voters—particularly the more affluent or aspirational voters of “Middle England”—and convincing them that voting in their own self-interest was forgivable and, in fact, to be encouraged.

Although the Conservatives’ triumph was stunning, it was achieved on the back of support from a relatively narrow slice of the electorate; only around two thirds of eligible voters cast a ballot in the election, and only 37 percent of those plumped for Conservative candidates. If Cameron is to be a statesman and not a demagogue, then he must forgo appealing to the few in favor of governing for the many; he needs to prioritize the public good over the concerns of his narrow base of support.

Rising to the challenge of statesmanship will be especially important, given what is on the political horizon. First, there is the existential threat to the United Kingdom posed by the meteoric rise of the Scottish National party, which won a majority of seats in the devolved Scottish Parliament in 2011 and now holds all but three of Scotland’s fifty-nine Westminster seats. About half of Scottish voters backed the SNP at the general election. And although the SNP leader, Nicola Sturgeon, has stopped short of interpreting this unprecedented level of support as a mandate for independence (a referendum on Scottish independence was held only last year, producing a “No” vote), the question of how to preserve the Union will not be easily solved in the coming years—especially given the historic antagonism between the SNP (dominant in Edinburgh) and the Conservatives (now in control of Westminster).

Second, Cameron has pledged to hold an in/out referendum on Britain’s EU membership by 2017 at the latest. The promise to stage a referendum was a political move designed to appease right-wing Conservative supporters tempted by the more radical and overtly anti-integrationist UK Independence Party. Having agreed to the referendum for short-term political reasons, Cameron is now faced with the onerous responsibility of actually having to win the plebiscite once it takes place. Like most of the British establishment, Cameron himself actually supports EU membership and recognizes that it would be bad for Britain—its influence in the world, as well as its national economy—if the country was to “go it alone.” But having played his part in stoking anti-European sentiment, the prime minister will face an uphill struggle in order to get his way.

Tackling both of these issues will require statesmanship. Instead of picking fights with the SNP, (as Cameron appears to be doing over his desire to repeal the Human Rights Act), Cameron must work with SNP leaders to reassure skeptical Scots that the political institutions of the United Kingdom can work in their favor. Rather than stoking anti-Scottish sentiment in England as a way to gain votes south of the border, as his party arguably did during the general-election campaign, Cameron must foster national unity by conciliating the SNP and agreeing to their demands for a less-centralized UK. His party will not benefit from his doing so—the Tories are an irredeemably toxic brand in most of Scotland, and no amount of concessions to Scotland will alter that fact—but in the name of preserving the Union, Cameron must appeal to the SNP anyway.

Regarding Europe, Cameron has already played with fire in agreeing to hold an in/out referendum in the first place. Not only will the referendum create economic uncertainty and foster lasting divisions within the country—one need only look at last year’s referendum on Scottish independence to see that referendums do not necessarily resolve constitutional questions once and for all—but if Britain votes to exit the EU, then the damage to the country will be ruinous. In order to rescue his legacy on this front, Cameron must show great statesmanship by campaigning vigorously in favor of Britain’s continued EU membership—even if this means alienating Eurosceptics within his own party.

Is Cameron up to the challenge of preserving the Union and Britain’s place in Europe? Unfortunately, there is evidence to the contrary. Cameron can often come across as an opportunist and a careerist, somebody more concerned with winning in the here and now than with articulating and defending truly national interests. Perhaps indicatively, he has betrayed an embarrassingly poor understanding of British history. He did not know the meaning of Magna Carta, for example, and has previously minimized Britain’s contribution to the Allied victory in World War II.

Further, last month, Cameron argued that SNP influence on the UK government “would be the first time in our history that a group of nationalists from one part of our country would be involved in altering the direction of our country,” blissfully unaware, seemingly, of the Irish Parliamentary Party’s enormous role in Westminster politics during the nineteenth and twentieth centuries. And in the run-up to the election, Cameron cynically played on some English voters’ fears of the SNP and proposed that a minority Conservative administration would be better placed to govern the country than a Labour-SNP majority government—a suggestion entirely without foundation in the British constitution.

Through his quest to retain power, David Cameron has made the state of the Union and Britain’s EU membership much more fragile than they would otherwise have been. He has acted as a demagogue, rather than a statesman. But having already announced that he does not intend to seek a third term as prime minister, Cameron might yet find the political space to secure a lasting legacy for himself as an actual statesman. The country would certainly benefit from his doing so.

Peter Harris is a Ph.D. candidate in the Department of Government at the University of Texas, Austin, and a graduate fellow at the Clements Center for History, Strategy and Statecraft.