How Emmanuel Macron Will Conquer France 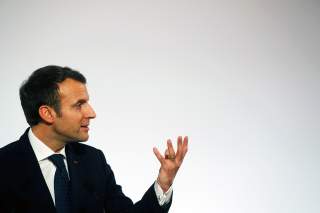 These pages have from time to time chronicled France’s severe economic problems, tracing them to the country’s dysfunctional regulatory and taxing policies. When Emmanuel Macron took office and announced his intention to change those policies and create in their stead laws that promoted economic flexibility, dynamism and growth, ample reason for skepticism presented itself. Others had tried to make such changes before and lost to an implacable and powerful resistance from French trade unions, bureaucrats, and other powerful interests. But Macron has succeeded where others have failed, managing most recently to change many of the nation’s stifling tax and labor laws. If the economy now responds positively, as it seems to so far, other elements of his reform agenda will more likely go into effect, brightening France’s economic prospects more than any a year ago had a right to expect.

His initial moves on taxes aimed at ridding France of its punitive approach to investment. These, Macron reasoned, had stifled innovation and business expansion. He has succeeded in replacing the old burdensome tax rates with a flat 30 percent rate on investment income, while abolishing France’s special tax on non-real-estate wealth. Perhaps even more significant than these remarkable tax reforms, he has made three basic changes in the country’s notorious work rules.

To make French business and industry more flexible and so more competitive, he first has loosened the stranglehold the national unions have long had on work rules and work schedules. Now, small- and medium-sized businesses have room to negotiate directly with their own employees. Bigger business still must deal with national unions, but he has encouraged a consolidation of workers councils so that they cease to work against each other and otherwise slow responses to changing business conditions. To enhance business flexibility still more, he has also shifted collective bargaining over wages and employment from the national to the industry or even the firm level.

Most remarkable of all is Macron’s third change. He has succeeded in removing rules that made it all but impossible to lay off workers or even fire them for cause. The old regulations understandably made employers reluctant to hire people in full time positions, forcing an increasing number of French men and women, especially the young, to work under short-term employment contracts, a tenuous situation that discourages training from both the employer’s and the worker’s side. France’s new, more liberal approach to hiring and firing should begin to unwind this destructive pattern.

Unions and many others with an interest in the status quo threatened to stop his reforms. In particular, Philippe Martinez, head of the second largest labor group in the country, CGT, called for days of strikes to block Macron’s changes. This was a real threat when he made it last June and this past September when the new rules began to go into effect. Such moves in the past have sucked in more moderate labor groups and blocked legislation that might have otherwise passed the Assembly and become law. There was a brief period of trouble, but remarkably less than in the past, and Macron’s labor reforms have now become the rule in France.

As if to encourage President Macron, France’s economic news has begun to brighten. Europe’s statistics agency reported recently that France’s economy grew 1.9 percent last year, hardly light speed, but better than anything the country has seen in more than six years. More significantly, the statisticians report that private investment in France accelerated in 2017 well beyond past rates of increase, expanding an impressive 4.3 percent in real terms. Most of the impetus behind the improvements reflects business’ anticipation of the needed changes. The new rules only went into effect during the last months of the year. But in economics, expectations often have a more immediate effect than legislative change, at least initially. Now that the reforms have gone into effect the gains might well build on themselves. Perhaps even more significantly, this favorable economic response increases the likelihood that Macron will manage to implement other aspects of his reform agenda, including additional changes in the country’s labor code as well as revamps of fiscal policy and the public spending system, what he has described as “reform of the state.”

Where labor is concerned, Macron has rightly indicated a need to alter the approach to government-supported job training. He has yet to lay out the planned changes in detail, but he has indicated that he would take guidance from the Hartz reforms Germany put in place some fifteen years ago. These among other things included tremendous incentives to place unemployed workers, both the young and those in need of retraining. Macron also plans to take the management of public unemployment benefits away from control of the unions, where it presently resides. This move would rid the system of inherent conflicts of interest and also make it more equitable, since under union control the benefits only extend to union members.

Some of the fiscal reform has already begun with the tax relief extended to investment income. Further pro-growth changes would seek to revamp the way Paris and local governments go about funding their programs so that they accomplish their goals in the most cost-effective and growth-enhancing way. He would also streamline decision making. Presently, France is famous, or rather infamous for the inefficiencies and contradictions imposed by its many-layered approach to the provision of public services. He would extend that streamlining effort to the multiplicity of health, pension and family subsidy systems that prevail presently.

Given the troubles reforms of these kinds have faced in the past, Emmanuel Macron’s agenda reveals an ambition to rival Napoleon’s. His aim to conquer France’s administrative structures and arcane rules may actually require more drive and determination than his predecessor’s goal of conquering Europe. But he has already succeeded where most predicted failure. France’s efforts certainly deserve attention and in some cases emulation. He has already changed calculations that had all but written off the French economy.

Milton Ezrati is a contributing editor at the National Interest, an affiliate of the Center for the Study of Human Capital at the University at Buffalo (SUNY), and chief economist of Vested, the New York-based communications firm. His latest book is Thirty Tomorrows: The Next Three Decades of Globalization, Demographics and How We Will Live.