How Europe and Russia Are Fighting U.S. Sanctions 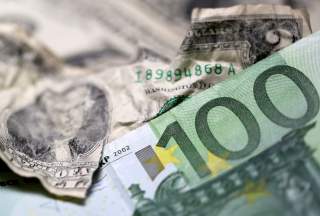 European Union High Representative for Foreign Affairs and Security Policy Federica Mogherini announced this past week that the EU, working in conjunction with Russia and China, would create a mechanism to allow Iran to continue trade with the other nuclear deal signatories despite the reimposition of U.S. sanctions on Iran. As she announced on the sidelines of the United Nations General Assembly, “In practical terms, this means that EU member states will set up a legal entity to facilitate legitimate financial transactions with Iran, and this will allow European companies to continue trade with Iran.”

Most of the reactions of the American foreign-policy community have fallen into one of two categories: derision and incredulity. Americans believe that Europe cannot hope to pull this special payments vehicle proposal off or that there is no way for that mechanism to be practical. Moreover, Americans believe Europeans will not risk their corporate and financial interests in the United States. All this may be true—but the United States needs to seriously consider the threat the EU proposal poses to America’s economic leverage.

In 2018, the American dollar remains by far the most optimal option for conducting international trade and finance. The U.S. financial system is the most convenient clearinghouse for all sorts of transactions. Furthermore, for high-technology goods and advanced tools and techniques, relying on the firms of the G-7 states is the preferred choice of clients around the world. U.S. sanctions designed to cut a country off from being able to use dollars in its transactions—and to disincentivize companies that do business in the United States, hold their assets within U.S. jurisdiction or themselves use U.S. dollars when trading with a sanctioned country—carry a real economic punch. But it may not always be a fatal one.

Unlike the previous round of international sanctions imposed on Iran, Europe believes that, as long as Iran complies with the nuclear deal, there are no grounds for reimposing sanctions. Additionally, while major European firms with assets and accounts in America will comply with U.S. sanctions, one can easily see the beginnings of a bifurcation where smaller European firms decide to take on the “specialty” trade of dealing with Iran. For instance, perhaps trading companies will be able to market Iranian oil and purchase goods on Iran’s behalf—companies that are disconnected from the dollar and the U.S. market.

Meanwhile, Moscow is watching Iran’s experience quite closely—and seeing whether the proposed special payments vehicle might not be expanded to become another tool for Moscow to lessen the blow of American economic sanctions.

Since 2014, Russia has been under sanctions from the United States, the European Union and the G-7 countries for its policies vis-à-vis Ukraine. The United States has imposed additional penalties for this and other transgressions. Yet earlier expectations that Moscow’s behavior could be changed by restricting Russian access to funds, investment and technology have not been met. The U.S. Congress is now considering a raft of significant new sanctions measures designed to ramp up U.S. economic pressure against Russia.

As with Iran, the United States has a far more limited economic relationship with Russia than do its European, Middle Eastern and East Asian allies. At the same time, these countries, while seeking to deter some Russian policies, also want to incentivize Russian cooperation in areas that align with their interests. They have also been reluctant to continue to take any steps that might collapse the Russian economy altogether. Thus, the United States is also considering applying stronger third-country sanctions on partners whose companies and banks continue to do business with Russia.

Moscow, in conjunction with some of its European economic partners, has already tested some creative workarounds for existing sanctions on its energy industry. The French company Total, for instance, was not willing to walk away from its lucrative investment in Russian Arctic liquefied natural gas projects, but also, it was not willing to risk running afoul of EU restrictions on investment in Russia. Those sanctions include those used in conjunction with the Obama administration’s own sanctions on Russia. Therefore, Total financed its investments in the Yamal project by seeking financing from Chinese banks denominated in both euros and yuan—staying entirely outside of the Western financial system.

Cutting off Russian access to advanced goods for its energy industry—especially the technology needed to exploit and develop its offshore energy reserves in the Arctic—was also a point of Western sanctions. For several years, some of Russia’s Arctic exploration activities ground to a halt. This past summer, however, a potential way forward may have emerged. Russia could have Chinese equipment deployed in the Russian Arctic—but, taking advantage of loopholes in sanctions restrictions, allow for Norwegian companies to engage in “offshore supply services” to an unsanctioned Chinese client, who in turn would be working for the Russians.

No one thinks that these workarounds are ideal. Moscow would still prefer unimpeded access to Western banks and financial institutions to finance dollar transactions and to have Western companies be the provider of critical goods and services. Using the yuan is less convenient for financing, while Chinese copies of Western high-precision products may end up being more expensive and less reliable. But Moscow can continue to muddle through—while its economy returns to modest growth levels.

It is not surprising, therefore, that the Russians are keenly interested in whether a special payments vehicle for Iran gets off the ground. Such a mechanism would require a repricing of oil in euro terms, alongside the dollar. Moreover, the possible use of the Indian rupee along with the yuan in Iran’s energy trade with India and China—again to avoid U.S. dollar sanctions—would help to dislodge the overwhelming supremacy of the dollar in international transactions. It would not be a surprise that if a European vehicle is set up, Russia will seek to involve its financial institutions and juggle euro, yuan and rupee transactions. At the same time, European firms set up to handle trade with Iran might expand their remit to Russia if new U.S. sanctions are imposed.

Admittedly, all of this is speculation at this point. We still have few details about how the EU might go about operationalizing Mogherini’s announcement. But America needs to take seriously how this vehicle might be set up and how much support European governments will extend to nurturing and protecting this fund. Former Treasury Secretary Jack Lew, when wrapping up his tenure as in January 2017, issued what may appear to be prophetic warnings. “The risk that sanctions overreach will ultimately drive business activity from the U.S. financial system could become more acute if alternatives to the United States as a center of financial activity, and to the U.S. dollar as the world’s preeminent reserve currency, assume a larger role in the global financial system.” Yes, Lew acknowledged, “existing alternatives are not well positioned to fully fill the role of U.S. markets and the U.S. dollar, and there are many factors that will continue to make the United States the most attractive financial system in the world.” But, as Russia has already shown, it is willing to pay additional costs to use other currencies or the goods and services of non-Western firms to be able to salvage some of its economic plans.

The special payments vehicle proposal may fail. Consumers and producers may still be unwilling to accept payment in something other than dollars, given the structural weaknesses of the euro and the continued deficit of trust in the value of the yuan. But this first foray will not be the last—and the United States must be prepared to address this risk to its financial leadership head-on.