How the European Union Could Win the Digital Geopolitical Game 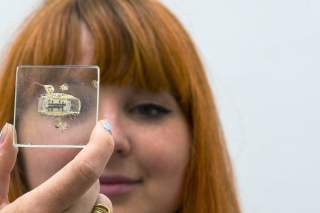 The world is weaning itself off of American tech. Major players like the European Union, China, and Russia have all put forth comprehensive strategies to do just that, crafting their own alternative visions for cyberspace. The internet has become a battlefield in the struggle for digital sovereignty, and a cohesive strategy is absolutely necessary to come out on top. But Congress isn’t making one—it’s too distracted by its attacks on “Big Tech.”

So Europe has stepped into the gap.

After years of being a laggard in innovation, now the EU is defining the rules of cyberspace by promoting its own tech firms and closing the door on U.S. innovation. Last year, the EU enacted the most far-reaching and onerous privacy regulation in the world, called the General Data Protection Regulation (GDPR), and launched several major antitrust probes into American tech giants, attempting to curb their prominence in European markets. In early November, the EU announced it was constructing a state-backed European cloud infrastructure called Gaia-X. It’s an initiative that’ll enable domestic technology companies to end their dependence on the American and Chinese firms that currently manage the global cloud infrastructure, with European leaders arguing that strong domestic technology infrastructure is essential to providing its citizens more control over their data.

In an increasingly multipolar world, technology strategy plays an integral role in maintaining international power. And that’s why the GDPR has become the de facto standard for market economies—their heavy-handed regulatory standards are so clear that they now have the greatest global impact. Indeed, setting the rules of the game allows a nation to place the goalposts for technology firms beyond its borders.

But that’s what American firms should be doing because the U.S. vision for the digital future would be infinitely more free than whatever the rest of the world might be able to offer. Unfortunately, they’re too busy explaining to Congress why they’re not traitors—in hearing after hearing, Congress has accused American tech giants of wielding excessive market power and subverting democracy. With its constant skepticism of the benefits of social media and attacks on Big Tech, it’s pretty obvious that the American government doesn’t trust its own companies. Why, then, should the rest of the world? No wonder the EU is erecting walls to keep U.S. companies off its property.

The EU isn’t the first to try something like this. For years, Russia and China have been cooperating on the development of cyberinfrastructure that’s less dependent on the United States. In early November of this year, Russia’s sovereign internet law came into effect, creating something akin to China’s Great Firewall and increasing the capacity of the Russian state to censor online material. Suddenly, American firms became much easier to block from Russian markets. And on December 8, the Financial Times reported that China had ordered the removal of all foreign technologies in state offices, a move that will likely spur the development of a larger domestic industry.

Compared to Russia and China, the European Union is late to the game in realizing the key political role played by collaborating with their own tech innovators. But now, of course, it’s catching up. Combined with competition policy campaigns to benefit domestic firms at the expense of American ones, the EU is presenting the largest digital policy challenge to the United States from a market economy.

Europe did something similar in the 1960s when it formed Airbus, one of today’s largest airline manufacturers. Europe gave the company room to breathe from regulation and insulation from foreign competitors through strategic consolidation and public-private partnerships. The company grew so strong that it ate away at the market share of American firms and built itself up to compete on the global stage. This strategy has worked before. It’s likely to work again.

In order to protect what was good about the open internet, U.S. policymakers should take a cue from these other world players and work alongside them with their own innovators. As it stands, there’s no alternative to the GDPR (even Congress regularly cites it approvingly). Building a good Option B would make it clear that the American vision is different—and better. An American tech vision must champion the good that innovators have contributed and seek to support them as friends instead of denigrating them as enemies. Unlike Europe, it must acknowledge that technologists understand their products better than regulators. And it must see the internet as something global, not national.

America is still the world’s tech leader, but it cannot take its leadership for granted. There are other players entering the race, and they’re presenting challenges to the open internet America created. If the United States wants to keep its place in the lead, it’ll have to learn to play nice with everyone on its team.

Ryan Khurana is the Executive Director of the Institute for Advancing Prosperity and a Technology Policy Fellow at Young Voices.