How the European Union Lost Its Luster 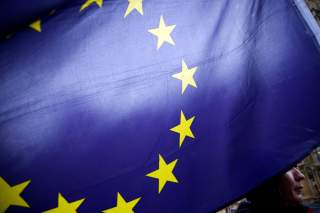 Brexit is often depicted as driven by a wave of right-wing nationalism. The same wave is viewed as having swept nationalistic and anti-EU governments into office in Hungary, Poland, and Italy, as well as having led to the rise of right-wing xenophobic parties in France, the UK, and Germany, among other European nations. French president Emmanuel Macron sounded the alarm: “Never since the second world war has Europe been so essential. Yet never has Europe been in such danger. Brexit stands as the symbol of that. . . . Retreating into nationalism offers nothing; it is rejection without an alternative. And this is the trap that threatens the whole of Europe.”

Patrick Cockburn holds that “Brexit is English nationalism made flesh, but the English underrate its destructive potential as a form of communal identity.” He sees a similarity between Brexit and the other expressions of the right-wing wave. “The new English nationalism that surfaced so strongly during the Brexit campaign is, ironically, much closer to continental traditions of nationalism,”  he said. “It is much more ethnically and culturally exclusive than the English/British tradition.” Nigel Farage, who now leads the Brexit Party, previously led the UK Independence Party (UKIP), which is described as having fascist overtones and is blamed for leading the force that fashioned Brexit.

As I see it, Brexit—and the other disruptions that were caused  by the wave of right-wing nationalism in Europe—are, to a significant extent, a reaction to overreach by the EU. I recognize that immigration and economic factors are important contributory causes; however, these, too, reflect, to an important extent, the policies of the EU. To make my case, I next show how the EU evolved from a constructive European community to an overbearing, undemocratic force that acts as if people have ceased to identify with their national communities and are already loyal citizens of the EU.

Originally, the EU, then known as the European Economic Community, was a trade association among six nations. Over the decades that followed, the EU added members and expanded its missions. Initially, these were focused on measures that facilitated trade, travel, and commerce among the member nations. These changes were low-key in the sense that they increased efficiency, but largely did not challenge citizens’ sense of national identity. In addition, many small measures were introduced “under the radar.”

Over time, the level and scope of integrated activities expanded. In 1985, several of the member states signed the Schengen Agreement, which allowed for the free movement of people among member states. The introduction of the European Economic and Monetary Union in the early 1990s marked another significant expansion of EU-wide governance. Twelve of the member states adopted a common currency (and monetary policy), which necessitated the establishment of the European Central Bank and many regulations affecting the national budgets. Since 2005, the EU has required each member nation to accept a given number of the refugees entering Europe, despite the strong opposition of several member states.

As a consequence of this mission expansion, the EU involved itself in matters of high emotive and normative content, such as those concerning the basic values and cultural differences of member nations, people’s sense of identity, and self-governance. The flipside of the EU’s rising supranationalism was a sense of sovereignty loss.

The removal of national border controls facilitated large population flows both within and into the EU. The French were upset by the large numbers of Poles who moved to work in France, referred to as the problem of the Polish Plumber. The British were troubled by the large number of workers from Baltic countries and by new immigrants and asylum seekers. Typically, Brexit advocates found themselves unified under the banner of “Leave: We Want Our Country Back.”

The European courts have made millions of EU citizens feel that their moral sensibilities and national independence have been violated. For example, in Vinter v. The United Kingdom the court declared the practice of mandatory life sentences for convicted murderers a human-rights violation. Without recourse to an appeals process, the UK was compelled to comply with the decision by granting the prospect of release for the incarcerated. Conservative and Labour ministers of Parliament alike felt the court had usurped Parliament’s purview.

While the EU was founded like a typical inter-nation organization, by a treaty that requires unanimous agreement by all members, thus protecting their sovereignty, successor treaties replaced unanimous decision-making with qualified majority voting in more and more areas of EU governance, including border security standards, immigration, public health, financial assistance, and dozens of other areas. These changes contributed to the sense of sovereignty loss. The result of all these developments has been growing disaffection with the EU. One can readily recognize the need for a growing supranational governance, as many challenges ahead cannot be handled by each nation on its own or by inter-nation governance, which is slow and cumbersome. Given that the EU provides by far the most advanced form of supranational government, the critical question is: Why is it challenged so adamantly by populism? I suggest that, for a supranational government to develop, it must be accompanied by supranational community-building, in which people transfer the kind of commitments and involvement they have with their nation to the new regional (and–one day–global) body. However, while the EU was unable to develop such a community, it nevertheless has acted as if one was in place.

To illustrate: West Germans granted the equivalent of a trillion dollars to the East Germans during the decade that followed reunification. “They are fellow Germans” was about all the explanation that was needed. However, the same Germans resisted granting much smaller amounts to Greece and other EU nations that were in trouble. They were not members of “our tribe.” A demonstration of the powerful communal bonds at the national level is that, while millions of people are willing to die for their nation, few are willing to die for the EU, not to mention for less advanced supranational unions.

In response, far from slowing down the expansion of the EU as an administrative state while it lacks the needed sociological, communitarian foundations, EU leaders moved to extend the powers of “Brussels,” as the EU Commission is often referred to. President Macron and German Chancellor Angela Merkel are calling for greatly increasing the powers to the EU Commission and increased integration, through such measures as the introduction of a EU-wide banking union and the creation of a centralized budget.

Brexit is merely one expression of the nationalist reaction to the EU’s premature moves. EU members are flouting EU policy by restoring national border controls; Greece, Italy, France, and Portugal have defied the EU’s budget deficit and GDP-to-debt ratio constraints. The Czech Republic, Hungary, and Poland have refused to accept the number of immigrants they are supposed to absorb according to EU policy.

Brexit indeed may be an expression of reactionary forces; however, if one seeks to avoid more disaffection from the EU—and other drives to form transnational governments which the world needs in the longer run—one must realize what Brexit et al are reacting to. The right-wing movements in the EU are driven, to an important extent, by authorities that disregard that people’s first loyalty and sense of identity is still invested largely in their nation-states. One can readily argue that these feelings are obsolete, that we need a sense of global, or at least regional, post-national communities. However, as long as public leaders continue to fail in forming such communities, advancing post-nationalistic, “globalisitic” policies that entail free flows of people (and goods) across national borders will both undermine the inchoate transitional international formations and feed into right-wing nationalism.

Amitai Etzioni is a University Professor and professor of international affairs at The George Washington University. His next book, Reclaiming Patriotism, was published by the University of Virginia Press on September 10. See also thepatrioticmovement.org