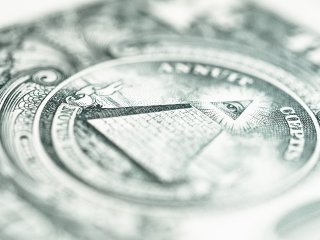 For eight years of on-and-off quantitative easing, the Federal Reserve held the undivided attention of markets. Now, the GOP is in power, and its long-heralded initiatives of repealing the Affordable Care Act, reforming the tax code, scaling back regulations and incentivizing infrastructure spending have been cheered by markets that needed a new narrative.

But markets may have overestimated the speed with which change would come to Washington, DC. Indeed, much of the post-election “Trump bump” has dissipated. The U.S. dollar—which surged on the following the election—is back to its pre-election levels. Inflation expectations, which rose on the assumption that infrastructure spending would stoke pricing pressures, have also declined. Expectations for tax reform are slowly becoming expectations for tax breaks—and potentially temporary ones. From a quick, first glance it seems as though the entirety of the Trump agenda is being written-off—as though the chaos in Washington will derail it all.

This is simply not the case, though certainly some of the enthusiasm surrounding the plans has been reduced. Nor is it necessarily a bad thing that some of the hype is being drained from the system. The GOP and Trump have always had similar priorities, but differing specifics.

Trump’s team is less concerned with budget deficits than getting a significant tax cut. Many GOP members in the House and Senate feel the opposite.

The health care, tax, and infrastructure initiatives all face a complicated timeline and will all require a diverse (or divided) GOP to vote as a bloc, further reducing the certainty of any outcome. In contrast, regulation can be reduced substantially by executive order, meaning there are fewer barriers to that portion of the agenda. A lack of clarity over which agenda (and how much of it) will pass has kept markets guessing.

Markets, tax and infrastructure are of the utmost importance. Lower taxes equals better profits, and better profits (all else equal) mean valuations increase. That is unequivocally positive for markets. In a similar vein, infrastructure spending would be expected to spur inflation pressures, and inflation pressures have direct consequences for the price the U.S. government pays on debt.

While the fiscal policies will always have detractors, the nearly instantaneous reaction of global markets leaves little room to doubt their market impact. One of the campaign promises economists feared most, the renegotiation of NAFTA, does not appear to be anything other than a modernization project. This could be nothing to fear, though we are months away from understanding the exact nature of the negotiations since Congress gets ninety days to consult on what it wants to see.

And that is what is causing the tremendous amount of heartburn for markets: the timeline. For investors, watching the tax and infrastructure initiatives get pushed further and further out is accentuating the uncertainty already presented by a lack of clarity on the details.

With the legislative branch distracted, markets are left with little guidance is terms of either timelines or outlines. That is the reason that markets react to happenings in Washington. Not because there is a direct, negative linkage to the U.S. economy, but because it dramatically slows the process of the policies markets want.

Without policies being debated and brought forward, markets may be forced to refocus on the Federal Reserve. The Fed itself is unlikely to greet this warmly. Many of the Fed’s members have openly admitted to including fiscal policies into the economic projections they use to recommend monetary policy. In other words, the timing matters—not only for markets—but also for the evolution of the Fed’s monetary policy stance.

Luckily, the Fed can afford to become a bit more dovish in the early summer while seeing how the Washington drama plays out. Rate hikes can be pushed to September and December without moving the timeline too drastically. The Fed, however, may well be tired of talking its way back from a rate hike path. “Good enough” growth may prove “good enough” for a couple more hikes this year.

Markets and the Fed are indirectly but inextricably linked to the happenings in Washington. The evolution of politics in Washington will have a direct, and uncomfortable, influence on both. For the foreseeable future, everything is flowing through Washington.