How India and Pakistan See the Taliban’s Afghanistan 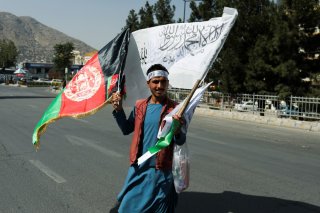 When the Taliban first ruled the Islamic Emirate of Afghanistan during 1996-2001, Pakistan was among the only three countries that formally recognized the government. It is no surprise then, that it remains important owing to its influence on the Taliban. Following the 9/11 attacks and the fall of the Taliban regime in 2001, Pakistan sided with the United States in the “War on Terror,” through military operations against Taliban leaders in Pakistan. The relationship, however, was restored quickly with active cooperation between Islamabad and the Taliban. Pakistan became a key ally in the Taliban’s political restoration by backing peace processes led by the United States, China, and Russia and hosting Taliban leaders and facilitating several peace dialogues involving stakeholders from Afghanistan and other regional and international actors.

Despite its proximity and history of cooperation with the Taliban, the period since the Taliban’s takeover in August 2021 has been problematic for Pakistan. Even though the Taliban is viewed largely as a friendly regime by Islamabad, the relationship has not been trouble-free because of various factors, including terrorism. Before talking about Pakistan’s terrorism dilemma, it is important to mention that the Taliban are also serving Afghanistan’s national interests and there are anti-Pakistan elements within the Taliban. The Taliban continues to maintain its opposition to the recognition of the Durand Line as a permanent border between Afghanistan and Pakistan and has resisted the Pakistan military’s efforts to erect fencing along the borders. This has been reflected on several occasions, for instance a Taliban official was involved in taking down the Pakistani flag from a truck carrying humanitarian aid from Pakistan in 2021. After taking the flag down, he openly said that he was going to burn it.

Despite its significant achievements against terrorism in the last decade or so, Pakistan is facing a heightened terrorism problem since the Taliban’s takeover. This is reflected through an increasing number of terrorist attacks inside Pakistan by not just the Islamic State-Khorasan Province but also a prominent anti-Pakistan terrorist group, Tehrik-i-Taliban Pakistan (TTP). As reports have suggested that there are over 6,000 anti-Pakistan terrorists in Afghanistan, especially from TTP, it is no surprise then that Pakistan has been working closely with the Afghan Taliban to address its TTP problem. In this regard, the Taliban’s Haqqani Network has brokered a dialogue between Islamabad and TTP. These negotiations have led to a ceasefire agreement which might not sustain after the recent killing of a prominent TTP leader, Omar Khalid Khorasani, in Afghanistan.

Since 2001, India has invested nearly $3 billion in developmental assistance to Afghanistan and been involved in several infrastructure projects. However, India’s diplomatic presence that extended beyond Kabul and its support for the anti-Taliban Northern Alliance ended with the arrival of the Taliban 2.0 in August 2021. Despite its cultivated goodwill, India also remained conspicuously absent from political negotiations in Afghanistan and the February 2020 Doha agreement that effectively brought the Taliban back to power in Afghanistan. India was particularly concerned about attacks on Indian assets in Afghanistan by the Haqqani group, a major Taliban faction, in addition to terrorism in Indian territory through safe havens in Afghanistan. Outlining Indian concerns, in October 2021, India’s chief of army staff, General Manoj Mukund Naravane said, “What we can say and learn from the past is that when the previous Taliban regime was in power, that time, definitely we had foreign terrorists of Afghan origin in Jammu and Kashmir.”

Although not formally recognizing the Taliban government, India had attempted to open a back-channel to the Taliban just before the group’s takeover in 2021. More recently, in May 2022, Indian national security adviser Ajit Doval indicated a shift in India’s perception of the Taliban as a terror group to a quasi-official entity when he said that regional countries must “enhance the capability of Afghanistan to counter terrorism and terrorist groups which pose a threat to regional peace and security.” India’s response can also be seen in the context of the Taliban’s desperation for developmental and humanitarian assistance. Afghanistan’s economy has collapsed owing to American sanctions, and the situation has been worsened by debilitating droughts and a devastating earthquake in June 2022 that killed 1,000 people. To assist in the humanitarian crises, India sent over 33,000 metric tons of wheat and 500,000 doses of Covid-19 vaccines to Afghanistan in February 2022.

Further re-establishing its presence in Afghanistan, India sent a “technical team” of officials to be based in Kabul and reopened its embassy along with the first consignment of earthquake relief assistance to Afghanistan in June 2022. The focus of this “technical team” will be on business and trade opportunities and distribution of food and medical aid. There are, however, growing indications of broader cooperation. The Taliban’s Defense Minister Mullah Yaqub expressed an interest in training its army personnel in India. The Taliban also welcomed the return of twenty-five Indian-trained Afghan soldiers affiliated with the previous regime in August 2022.

In terms of a shift in Pakistan’s erstwhile approach in Afghanistan, there are some noticeable changes. Islamabad is no longer opposing India’s engagement in Afghanistan, and this could be due to several reasons. Besides the realization that the Taliban regime is also serving Afghanistan’s national interests and that Pakistan is not in a position to coerce it, there is a strong preference for geoeconomics in Islamabad—as reflected through the country’s National Security Policy—and a stable Afghanistan offers numerous dividends, for example, in connection to the China-Pakistan Economic Corridor. This newfound approach is also reflected in how Pakistan has reacted towards India’s relations with the Islamic Emirate of Afghanistan. Besides not being against New Delhi’s rapprochement with the Taliban and the reopening of its embassy in Kabul, Islamabad also allowed Indian humanitarian aid to use its territory to reach Afghanistan.

For its part, India continues to emphasize Pakistan’s role in terrorism in the region and is wary of Taliban-Pakistan cooperation. Additionally, China’s increasing presence in Afghanistan is concerning for India. Since 2014, Beijing has pledged economic assistance to Afghanistan and participated in trilateral (United States, China, and Afghanistan) and quadrilateral (United States, China, Pakistan, and Afghanistan) meetings on Afghanistan. India is also concerned with the “security vacuum” created by American withdrawal that has resulted in the rise of the Islamic State Khorasan, a branch of the self-proclaimed Islamic State operating in South Asia and Central Asia.

Nonetheless, shared geopolitical interests and Afghanistan’s need for regional economic and humanitarian support present an opportunity for collaboration between India and Pakistan. At the current moment, both India and Pakistan are taking small steps in engaging with this “new” Taliban 2.0. Apart from the glaring human rights concerns in Afghanistan today, the Taliban are also moving cautiously. However, as has been the case with political dynamics in the region before, things can progress or decline in surprising ways, warranting an ever-closer eye on the developments in Afghanistan.

Dr Zahid Shahab Ahmed is a Research Fellow at Deakin University in Australia.