How an Investment in Croatian Gas Could Bolster American Security 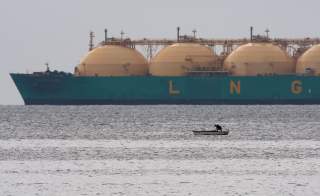 Europe is hooked on Russian energy. Last year, the European Union (EU) relied on Russia for 34 percent of its gas imports—up significantly from 2015. European nations like Bulgaria, Finland, Greece, Estonia, Latvia, Lithuania, Serbia and Slovakia—remain dependent on Russia for more than 60 percent of their natural-gas imports.

What is more, Russia has no qualms about using energy as a trump card, cutting gas supplies to get its way in political disputes. For example, Moscow stopped supplying natural gas to Ukraine in 2006, 2009, 2014 and 2015, as that nation struggled to align itself with the West. Russia also cut back its natural-gas exports to Austria, Hungary, Poland and Slovakia in 2014 when these countries supported Ukraine.

Europe’s energy dependence on Russia is not in line with the interests of Europe and the United States. Decline of European gas production with no turnaround in sight speaks for itself. Last year, for example, the government statistics office in the Netherlands reported that 80 percent of the country’s natural-gas reserves were gone.

Still, there is a way to make Europe more energy independent with the help of American energy exports and the construction of new import facilities in Europe. One potential new entry point for American liquefied natural gas (LNG) is Croatia’s Krk Island. A planned LNG import facility there would initially accommodate delivery of two billion cubic meters of gas a year.

Krk Island’s strategic location would allow for LNG distribution both west (into countries like Italy and France) and south into other Balkan nations. That promising location is one reason why the terminal project has already secured over €100 million in funding from the EU.

The terminal project would let Croatia work with its closest ally—the United States—to forge a deeper energy partnership. Together, the facilities and the partnership would enhance both nations’ security and prosperity for decades to come.

All signs are positive. President Trump endorsed the project during his recent meeting with leaders from the Central and East European region. President Kolinda Grabar-Kitarovic voiced support in response.

President Trump’s statement that “the United States will never use energy to coerce your nations, and we cannot allow others to do so,” is key to understanding the importance of this project to Croatia, the EU and the United States.

The Krk Island terminal would join Lithuania’s Klaipėda terminal and Poland’s Świnoujście terminal as critical gateways for American LNG imports. And these three facilities can help ease the pressure of the Kremlin on Europe.

So it doesn’t come as a surprise that Russia is lobbying for completion of a different energy project: the Nord Stream II pipeline under the Baltic Sea, which would connect Russia with Germany. However, that project is neither economically necessary nor geopolitically prudent.

As European nations reinvest in security, a comprehensive approach demands developing alternatives to Russian energy. The timing could not be better. For the first time in decades, America is becoming a net exporter of energy. Increasing U.S. energy exports to Europe will bind the Atlantic alliance closer, enhance energy security and create jobs and economic growth on both sides of the Atlantic.

An LNG terminal on Krk Island would do far more than create tremendous economic opportunity for Croatia and the United States. It could exert outsized influence on behalf of energy security and stability throughout the region.

Tomislav Karamarko is founder and chairman of the Croatian Institute for Security and Prosperity. James Jay Carafano is a Heritage Foundation vice president, in charge of the think tank’s research program on issues of national security and foreign relations.