How Iran Ruined Nuclear Deals for Everyone 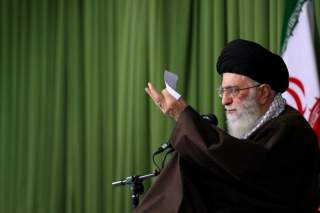 Last summer’s Iran nuclear deal, the Joint Comprehensive Plan of Action, declares that it does not set “precedents for any other state.” Yet given the decade-long centrality of the Iran nuclear issue to international nonproliferation, the agreement will certainly influence future debates over nuclear nonproliferation and verification. Despite the deal’s clauses limiting Tehran’s ability to produce and stockpile fissile material, it sets a poor precedent for future agreements, and the manner in which it was negotiated sends the wrong message to would-be proliferators.

At best, the JCPOA temporarily freezes or restricts the uranium-related elements of the Islamic Republic’s nuclear program. These temporary restrictions, known as the agreement’s “sunset clauses,” are the product of a combination of lack of Western resolve and Iran’s own determination to withstand Western pressure to get a deal on its terms.

The agreement establishes four larger lessons for potentially problematic nuclear actors. The first is that steadfastness and even intransigence can lead the international community to accept domestic enrichment. Numerous United Nations Security Council sanctions resolutions against Iran’s nuclear program highlight Tehran’s “breach of its obligations to suspend all enrichment-related activities.” Yet the JCPOA does not require the Iranian leadership to temporarily, even symbolically, suspend low-level enrichment.

Such a move should have been upheld as a necessary confidence-building measure until the deal’s implementation, an assessment about its “possible military dimensions” was reached, or at least as a compromise found to allow the P5+1 negotiators to match their previous stated requirements for a successful deal with Iran. As such, last July’s UNSC Resolution 2231, which blessed the deal days after it was inked, implicitly vindicates the Iranian supposition that it has a “right to enrich.” For its part, Tehran has not once halted its low-level enrichment (3.5–5 percent) of uranium since its file was referred to the UNSC over a decade ago. Future proliferators will likely recall that it was Iran, and not the world’s sole superpower supported by the international community, that was able to stand by its red lines.

The second lesson is that being a Western ally does not guarantee more flexible treatment when accessing nuclear technology. Key American allies that have previously limited their nuclear activities—like South Korea or the United Arab Emirates—have already noted that Iran, which has been repeatedly sanctioned for its nuclear noncompliance, has been permitted to sign a deal allowing it to develop industrial-scale nuclear capacity.

Specifically, as detailed in a Foundation for Defense of Democracies report last year, South Korea’s updated “123” nuclear agreement benefitted from divergent American positions on domestic enrichment – exemplified by the 2013 nuclear deal with Vietnam, as well as more recent U.S. concessions in talks with Iran. As the report notes, “Few countries . . . may be willing to accept greater constraints on their nuclear activities than were demanded of Iran.” Over time, this could have a snowball effect, as states will seek to capitalize on the most recent U.S. concessions to force a more lax agreement for themselves. At the international level, this may make compromise at Nuclear Non-Proliferation Treaty review conferences even more elusive, since states will doubt U.S. resolve to enforce the rules of the nuclear road.

The third lesson pertains to the establishment of an artificial divide between fissile material needed for weapons of mass destruction and their delivery platforms. As I have written, Iran’s nuclear and ballistic missile programs are interwoven and mutually reinforcing. Moreover, as evident in legislation passed by the U.S. Congress and earlier UNSC resolutions, Iran’s missile and nuclear industries have long been legitimate sanctions targets as engines for its nuclear-weapons program. But restrictions on ballistic missiles are noticeably absent from the JCPOA, and only exist in a watered-down fashion in Resolution 2231, whose restrictions on their related “activities” expire in eight years. Moreover, the JCPOA is silent on what the U.S. intelligence community believes is Tehran’s likeliest delivery method for a bomb: ballistic missiles.

As the debate over monitoring and verification capabilities heats up in the post-JCPOA era, a strong check against delivery vehicles would have reinforced the international community’s goal of preventing Iran from developing a deliverable nuclear weapon. Instead, this oversight teaches proliferators that they can make temporary concessions on one overt aspect of their nuclear-weapons program—enrichment—while continuing their refinement of a delivery vehicle.

The final lesson is that just because an agreement is lengthy (159 pages) does not mean it is always specific. The JCPOA contains a vague condition called “significant non-performance” under which parties can walk away from the deal. Such legalese incentivizes a skilled negotiator like the Islamic Republic to define violations on its own terms.

For instance, after the UNSC unanimously passed Resolution 2231 nearly a year ago, Iran claimed that any new sanctions could prompt it to walk away from the deal. This interpretation muddies the waters for any prospective economic action to counter threats Tehran poses to the international community on terrorism, human rights or illicit finance. The JCPOA says the United States and the EU “will refrain from any policy specifically intended to directly and adversely affect the normalisation of trade and economic relations with Iran,” meaning that the Islamic Republic could credibly threaten to walk away each time nonnuclear sanctions are levied. And with the deal now in its implementation phase, questions on Iranian violations of not just the letter but the “spirit” of the accord become even more pressing.

In sum, bad deals create worse precedents. The international community has on paper bought itself perhaps a decade of relative security by agreeing to the JCPOA, but the lessons that the agreement offers would-be proliferators is a dangerous one. Through skill and obstinacy, Tehran negotiated away long-agreed nonproliferation tenets on enrichment and delivery vehicles. The future of the JCPOA and Tehran’s adherence to it remain uncertain, but the poor precedents that the deal sets for both allies and adversaries will seriously complicate attempts to negotiate future nonproliferation agreements.

Behnam Ben Taleblu is a Non-Resident Iran Research Fellow at Foundation for Defense of Democracies.