How Iran Is Twisting Reality to Get What It Wants 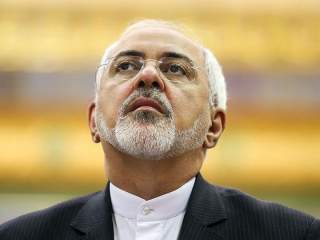 For years Iran has been a formidable challenge in the nuclear realm—a fact that has not changed since the deal. When Iran finally began to negotiate seriously over its nuclear program in 2013, it was only in order to lift the biting sanctions; indeed, nothing had changed in terms of its military nuclear ambitions, and Iran continues to advance its program where it can (for example its long range missile program, and R&D on advanced centrifuge models). All the while, Iran profusely denies ever having pursued a military option, despite the definitive IAEA report released in December 2015 that deems otherwise.

In the post-deal period, Iran continues to try to squeeze more concessions from the West—to ensure improvement of its economic situation beyond what was agreed to in the nuclear deal, in return for the minimal nuclear concessions that it made. In this effort, Iran recruits the power of the word: the steadfast and stubborn narratives that Iranian leaders promulgate with rhetorical acumen. Iran forever paints a slanted picture of reality that glosses over its aggressive regional behavior, gross human rights violations, and missile and nuclear advances, presenting itself as a virtuous and stellar international player that faces a relentless Western bully.

After months of negotiations with the P5+1, Iran’s Foreign Minister Mohammad Javad Zarif has perfected the art, and become a master of this game. The most recent examples appear in his op-ed in the Washington Post, and interview with Robin Wright in the New Yorker. In the April 20 op-ed, Zarif notes the “artificial crisis over my country’s peaceful nuclear program,” depicts Iran as the only state seeking to eradicate “militant extremism” and complains that everyone mistakenly focuses on Iran’s “indigenous defensive capabilities” while ignoring massive military buildups in other regional states. When he refers to Iran’s “stable, safe and healthy environment for our citizens and for those visiting,” one can only imagine what the many Iranians who have been incarcerated, tortured and executed for their religious beliefs or sexual orientation would say in response. And as far as its military nuclear program, no matter what evidence is produced, Iran deems everything a lie and fabrication.

In addition to the false narrative that Iran churns out at every turn, another one of its well-known rhetorical tactics is to turn the tables. Whatever the West says about Iran, Iran hurls back at the West, employing a rather crude form of mirror imaging. So, for example, in the April 25 New Yorker interview, Zarif claimed that Iran had upheld its end of the nuclear deal, but that the United States had not, quoting a Farsi saying: “First, prove your brotherhood, and then ask for inheritance.” Every question posed about Iran’s problematic behavior was answered with an example of someone else’s bad behavior. Even when asked about the Holocaust cartoon contest to take place in Tehran, Zarif swiftly retorted: “Why does the United States have the Ku Klux Klan?” A former spokesman for Iran’s nuclear negotiating team (now at Princeton University), Seyed Hossein Mousavian, presented a particularly sharp mirror image in a recent op-ed entitled “U.S. Torpedoing the Nuclear Deal Will Reaffirm Iran’s Distrust.” In his view: “For Iran, the JCPOA was a criterion for judging whether it could trust the West to cooperate on other issues. If the United States faithfully abides by its commitments under the deal, then the view of Iranian leaders toward broader negotiations would be positively affected.” So the burden of proof is on the United States; America, not Iran, must prove its trustworthiness.

Against this backdrop, current Iranian accusations that the United States is not providing Iran with the economic boost it was counting on come as no surprise. In attempting to squeeze more concessions, Iran adamantly claims that it has upheld its end of the bargain meticulously, while accusing the United States of bad-faith behavior and of shirking its commitments. These accusations were predictable from the start, because the tactic has been employed so many times before. It is what Iran has claimed for years vis-à-vis its NPT commitments, even after its work on a military nuclear program was confirmed by the IAEA, and it is the exact pattern that Iran followed in the early stage of negotiations with the EU-3, from 2003–05.

Iran is already seeing favorable results in the U.S. approach. After Iran accused the United States that by continuing to demonize Iran—in Khamenei’s words, promoting “Iranophobia”—the latter is effectively torpedoing economic deals between Iran and European companies, Secretary of State John Kerry met with Zarif to try to smooth over the differences. The administration announced that it would not stand in the way of foreign entities doing business with Iran; moreover, it announced its intent to buy thirty-two tons of Iran’s excess heavy water to the tune of $8.6 million, making good on its show of goodwill. While justifying this decision as a worthwhile deal for the United States, the administration ignored the implicit message to Iran that it is fine to produce heavy water in excess of the JCPOA limit. Generally speaking, while President Obama has noted that it is may be Iran’s problematic behavior that is scaring off foreign investors, the United States has nevertheless refrained from pushing back with determination against Iran’s false narratives. The administration’s response to Iran’s missile tests that violated UN Security Council resolutions was delayed and relatively mute, failing to highlight Iran’s ongoing support for terror.

Iran’s success in the long and drawn-out negotiation with the international community from 2003 to 2015 was due to its ability to manipulate the weaknesses in the NPT long enough, so that when it was finally forced to negotiate seriously, it already had an advanced nuclear program. One of the factors that helped Iran along the way was its ability to plant serious seeds of doubt as to whether it was working on a military program—enough to fuel the divisions among the P5 over how to handle the crisis. By the time more serious negotiations began, the program was quite advanced, and the only realistic option for dealing with Iran was to negotiate a deal.

Iran’s leverage in the talks themselves emanated primarily from the other side’s demonstrated eagerness to strike such a deal. But its ability to manipulate narratives helped. This was clear when the IAEA report on Iran’s past military work was finally produced, and the P5+1 caved to Iran’s demand to simply close the file, while inadvertently strengthening Iran’s narrative of having done no wrong in the nuclear realm.

There are those that scoff at the significance of narratives, claiming that they have no meaning in the “real world”; Iran can say whatever it wants, because “we know” the truth. This is a dangerously naïve position, especially in today’s global debate, strongly influenced by social media. Words matter, and it is well known that narratives repeated over time, especially when unchallenged, can become “reality” in people’s minds. Iran’s demonstrated ability to squeeze concessions on the basis of its false narrative—not only with a straight face, but without being challenged—is a wake-up call. If America finally calls Iran’s bluff and begin to push back, threats of further sanctions should go hand-in-hand with exposing Iran’s rhetorical tactics for what they are: a war of words that require the United States to fight back.