How Is ISIS Able to Commit Acts of Terror as It Loses Territory? 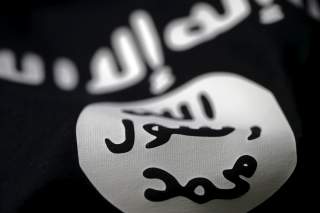 ISIS has lost any shred of territorial claim it once held to a caliphate. In Syria, following a five-month campaign, U.S.-backed forces reclaimed its former capital of Raqqa, and Deir Ezzor—its last remaining stronghold—faces siege from both Syrian government forces and the U.S.-backed Syrian Democratic Forces. Since ISIS lost control of Mosul in Iraq back in July, it has forfeited the strategic cities of Tal Afar, Hawija and al-Qaim.

Yet, as Iraq and Syria are liberated from ISIS’s tyrannical grip, the cosmopolitan hubs of New York, London and Barcelona—among far too many others—are assaulted in its name.

It is often incorrectly assumed that ISIS’s external pivot away from the self-styled sanctity of its caliphate and toward the concrete jungles of urban cities was a desperate retaliatory plea to remain relevant amid territorial losses. However, the timeline of its establishment of the Emni, ISIS’s external operations branch charged with plotting attacks globally, challenges this supposition.

The Emni was formalized as a subgroup of ISIS in Syria in spring 2014, meaning that months before Abu Bakr al-Baghdadi declared the caliphate, ISIS was building the infrastructure for its global terror network. This validates that ISIS has been nurturing its international terror mission in tandem with—rather than in reaction to the loss of—its claim to a caliphate.

As recently as March, testimonies from ISIS-defectors indicated that the Emni moved its headquarters from Syria to Libya. Records show that Salman Abedi, the Manchester Arena bomber, met with key members of ISIS’s external operations branch while in Libya, evidencing that the network is already facilitating operations from its supposed new base. If the Emni’s relocation to Libya is confirmed, it will allow highly trained ISIS operatives to plot attacks from Europe’s doorstep. It is therefore imperative that counterterrorism officials develop an anti-ISIS strategy tailored to degrading and destroying it in its globally exported form.

The Emni as the Incubator of ISIS's International Terror Mission

The Emni has repeatedly demonstrated its ability to conduct high-impact attacks in multiple cities across the West. At the time of their respective atrocities, it was believed that the November 2015 attacks in Paris and the March 2016 attacks in Brussels were executed by a European cell of ISIS militants. While it was correctly assumed that both sets of attackers had been trained in Syria, the extent to which their missions were directed, financed and trained by the top echelons of ISIS leadership was vastly underestimated.

In August 2016, the New York Times was the first to report on the inner workings of the Emni based on information obtained from thousands of pages of French, Belgian, German and Austrian intelligence documents. The New York Times’ investigation revealed that not only were ISIS operatives sent to Europe from Syria to commit attacks, but they were trained and directed under the command of ISIS’s late spokesman and Emni chief, Abu Mohammad al-Adnani. More significantly, the wave of ISIS attacks in July 2016 that was judged by Western officials to be sporadic, unconnected, and ultimately inspired in nature were, in actuality, directed by a common Emni handler. The masterminds of the Paris attacks were Emni operatives, as were the bomb makers in the Brussels airport and metro attacks. An Emni member mentored both the gunman in the May 2014 Jewish Museum Brussels attack, as well as the perpetrator of the August 2015 Thalys train attack.

The Emni’s Future Maturation in Libya

Given the Emni’s alarming success rate at plotting international attacks from Syria—thousands of miles from the Western European border—its theorized move to Europe’s doorstep is cause for concern.

Under al-Adnani’s reign as Emni chief, the group’s operations were primarily planned from the city of al-Bab in northern Syria. Since al-Bab fell to Turkish-backed troops in February and Abu Luqman assumed leadership following al-Adnani’s death, it is believed the Emni’s headquarters relocated to Libya. A September 2017 article published by the Wall Street Journal substantiates this working theory. While the article does not mention the Emni by name—a common misnomer for open source reporting—it states that, “Islamic State has formed a number of clandestine cells in Libya … the small cells, comprising up to several dozen fighters, have set up new bases outside Libyan towns in the past several months and started making money by hijacking commercial trucks and extorting migrant-smuggling rings.”

What is unknown, unquestioned, and in demand of scrutiny is the relationship of the Emni in Libya to a group called Katibat Al-Battar Al-Libi (KBL)—a cadre of Libyan jihadists who fought against Bashar al-Assad in the Syrian Civil War and later morphed into a commando unit fighting under the ISIS banner. Both KBL and the Emni claim to have trained Abdelhamid Abaaoud, the architect of the Paris attack and, by many accounts, the Emni’s top terrorism planner for Europe. Both groups have also taken responsibility for the Jewish Museum Brussels attack and the Thalys train attack. Separately, KBL was attributed to the December 2016 Christmas market truck ramming in Berlin, and the Tunisia attacks at the Bordo Museum in March 2015 and on the beaches in Sousse in June 2015. Given that very little is known about either KBL or the Emni in the public domain, it is possible and worth exploring that both groups, while consummated under different banners, have found common cause and merged into a unified entity.

Several peripheral but ultimately unsubstantiated factors point to this prospect. After pledging allegiance to al-Baghdadi, KBL members helped found ISIS’s affiliate in Libya, which—at the height of its power—claimed jurisdiction over three provinces and 100-miles of Mediterranean coastline. While KBL was originally composed of Libyan fighters, it—like the Emni—began recruiting Francophone fighters, specifically Belgians, French and Tunisians while operating in Syria. Further, both KBL and the Emni favor mass-casualty attacks and focus their trainings on assassinations, mass murder, weapons training and bomb-making.

Confirmation of an established relationship between the Emni and KBL would have significant implications because it would indicate the former has access to the latter’s decade of battlefield experience, as well as its large recruiting pool of radicalized locals. A report published by West Point’s Combating Terrorism Center found that Dernah, Libya contained “the greatest concentration of jihadi terrorists anywhere on the planet.” Collaboration with KBL would allow the Emni to absorb battle-hardened and highly trained recruits into its ranks, drastically shortening the time it would take between identifying and deploying fresh recruits to attack the West.

If the Emni’s formal relocation to Libya is confirmed, and if its connection to KBL is validated, it will have sinister repercussions for international security. Not only is Libya on Europe’s doorstep—easing the ability of Emni members to conduct attacks on the continent—but its ample and well-established drug smuggling routes and weapons stockpiles could be easily exploited by the Emni.

While the U.S.-led coalition was able to force ISIS out of Sirte less than a year ago, the decentralized nature of the Emni will prove more challenging to eliminate. The Emni largely operates in the shadows. The discrete and relatively unknown nature of its tactics, targets, communication methods and membership portfolio—all of which transcend geographic boundaries—complicate the ability of U.S.-backed forces to deny it of its Libyan safe haven. Not only has the Emni proven resilient and adaptive in light of escalating adversary tactics, but it has demonstrated its functionality as a durable organization with transnational ambitions.

When interviewed by the New York Times about ISIS’s presence in Libya following the Manchester bombing, former National Security Council senior director for counterterrorism Joshua Gelzer stated, “It’s not clear whether Libya is an alternate to Syria or, more likely, a redundancy.” If the United States and its allies are to mitigate the threats posed by ISIS in its new Libyan base and its likely coordination with—if not absorption of—KBL, it must be cautious to not repeat mistakes of the past. Just as ISIS proved it was capable of far more than a “J.V. team,” the Emni’s plotting of attacks from Libya could prove its worth beyond representing a mere “redundancy.” It is imperative that the threat be taken seriously, prepared for accordingly, and that resources be allocated to prevent the Emni from growing further in strategy and tactic as the global exporters of ISIS’s terrorist mission.

Jacqueline R. Sutherland is the Terrorism and Asymmetric Warfare Fellow at Young Professionals in Foreign Policy (YPFP). She is also a security-focused Senior Analyst at The Chertoff Group, a global security advisory firm. She has been interviewed as a counterterrorism expert on the BBC, NBC, Fox, and CTV News, and has published in The Hill, The Huffington Post, The National Interest, Real Clear World, and Real Clear Defense. She holds a Master's in International History with highest honors from the London School of Economics.