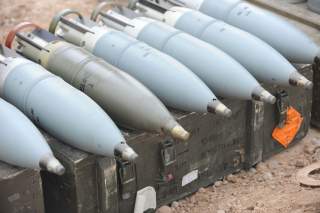 The end appears very near in Kobani (Ayn al-Arab) in northern Syria as ISIS closes in on the city from three sides. For the past two weeks, Kurdish fighters of the People’s Protection Units, or YPG (the military arm of the Democratic Union Party), have resisted an intense offensive by ISIS militants there. ISIS has now advanced to within a half-mile of this strategic city, according to the Kurdish commander defending Kobani, who expects “general killing, massacres and destruction” if the city falls. The British-based Syrian Observatory for Human Rights said at least sixty shells hit Kobani on Friday, pounding a city that had previously been a safe haven for hundreds of thousands of people fleeing fighting in other parts of Syria, and persistent shelling hit the city through the weekend. According to the latest reports, ISIS has taken the strategic heights just west of the city and raised their flag on a building on the outskirts of town. If Kobani falls, it will be both a human tragedy and a strategic setback—and a key part of a long-term solution to the Syrian conflict is likely to die with the city.

The response from the United States, Turkey and the international coalition against ISIS has been inadequate. There were at least seven U.S. air attacks around Kobani in the week leading up to Wednesday, October 1, but there were no reports of any strikes on Thursday. Strikes near Kobani resumed Friday and continued through the weekend, but did not appear to relieve the ISIS pressure on the city. At a Pentagon briefing last week, Rear Admiral John Kirby explained the logic of the U.S.-led airstrikes in Syria: “The initial round of strikes in Syria were really designed to get at them strategically. We were hitting command and control nodes, finance centers, training camps, oil refineries.” Kirby said that, after this initial targeting of strategic assets, the Pentagon would do “more dynamic targeting as well, of a tactical nature, getting vehicles, getting armored vehicles, convoys.”

It is past time to get tactical in Kobani. This is an instance, like the strikes to protect the Yazidis on Mt. Sinjar, where for minimal cost and without putting American lives at serious risk, the United States can act to prevent a slaughter. Beyond the moral imperative, this is an instance where tactical strikes are urgently needed to protect a strategic asset. President Barack Obama and senior administration officials have repeatedly pointed out the absence of reliable partners on the ground in Syria—the Syrian Kurdish groups, such as YPG, have the potential to help fill that gap. While the PYD (the mainly-Kurdish Democratic Union Party), which dominates the Syrian Kurdish scene, is far from perfect, it has treated the civilians under its control relatively well, has fought ISIS effectively for over a year, and entirely eschews the violent Salafi ideology that animates so many of the rebel groups in Syria. As we argued in a Center for American Progress report in July, Kurdish political and military actors will be a key part of any solution to the Syrian tragedy. While coalition aircraft hit several ISIS tanks and fighting positions Sunday, the tactical strikes must be rapidly expanded to prevent the fall of the city.

The ramifications of inadequate action are dire. First, if ISIS takes the city, they are likely to behave as they have in the past—raping, torturing and murdering residents who survive the shelling of the town. Those who are able will most likely flee to Turkey, adding to the refugee problem there and expanding the humanitarian disaster. Already, the fighting has caused UN High Commissioner for Refugees, Antonio Guterres, to say “it’s a dramatic humanitarian tragedy as we have all witnessed… the largest single outflow of Syrians in a few days, 160,000 people."

Second, if ISIS takes Kobani, they will control close to half of the Syrian border with Turkey. This will make it even harder to stem the flow of fighters and equipment to the jihadist group. It will also make it more difficult to crack down on the illicit oil sales that finance their operations and to insulate Turkey against further infiltration and potential attacks.

Third, the fall of Kobani would enrage many Turkish Kurds and potentially derail the fragile peace process between the Turkish government and the Kurdistan Workers’ Party, or PKK. Thus far, Turkey has done nothing to prevent a slaughter by ISIS just across the border. To its credit, Turkey has, for the most part, accepted Syrian refugees, despite already hosting over a million people fleeing the conflict. But the Turkish government has also hampered the provision of aid to Kobani and tear-gassed Kurdish protesters angered by the government’s refusal to help. Clashes between Turkish security forces and Kurdish protesters continued Sunday and Monday along the border near Kobani. PKK leaders are already angry about the slow pace of peace negotiations with the government, and a massacre in Kobani would solidify the impression among some Turkish Kurds that their government is inveterately hostile towards their group.

Fourth, Kobani has long been a thorn in ISIS’ side—one of the last redoubts of resistance north of the de facto capital of Raqqah—which is why ISIS has focused on the city with such ferocity, despite being pressed on other fronts. If the city falls, ISIS will be able to consolidate its lines and mass forces elsewhere. It will also be a propaganda victory for ISIS; the YPG has been one of the few forces able to effectively resist ISIS thus far, and a decisive defeat of the Kurdish fighters would further underline ISIS’ military edge.

Finally, the fall of Kobani would likely cripple the YPG as a fighting force. The Syrian Kurds have the potential to contribute on the ground in the coalition against ISIS; allowing them to be defeated would permanently undermine U.S. and Western efforts to reach out to Kurdish political and military actors, who will have lost all trust in the West following such a disaster.

Given all the arguments in favor of a vigorous air campaign to help protect Kobani, the slow pace of strikes is hard to understand. Senior U.S. officials point to a lack of reliable intelligence on the ground as one justification for the reluctance to intervene more decisively. While it is undoubtedly a challenging environment—only more so now that ISIS has been allowed to get so close to the city limits—YPG commanders have repeatedly said they are eager to share intelligence and coordinate airstrikes. Kurdish fighters have also pointed out that only ISIS has tanks, armored vehicles and heavy artillery, making it easier to target ISIS.

If American reluctance has been rooted in deference to Turkey’s fears of empowering Kurdish militants along their border, it should be immediately jettisoned. For one thing, the PYD-controlled Kurdish autonomous zone has shared a border with Turkey now for two years, and there have been no serious clashes. Surely Turkey would prefer a Kurdish canton along its border to an ISIS caliphate? Finally, even Turkish prime minister Ahmet Davutoğlu has finally come around, saying Thursday that Turkey "wouldn't want Koban[i] to fall… [and] will do whatever [it] can to prevent this from happening."

On the other hand, if coalition airstrikes are intensified and succeed in helping the Kurdish fighters hold off the ISIS attack, it would dent the perception of ISIS’ ground supremacy, help Turkey reassert control of its border, force ISIS to continue to commit forces to defend Raqqah from the north, solidify Kurdish support for the anti-ISIS coalition and represent a major moral victory for the United States and its allies.

For both moral and strategic reasons, we must not let Kobani fall.

Michael Werz is a Senior Fellow at the Center for American Progress and Max Hoffman is a Policy Analyst at the Center. They are the co-authors of a recent report on The United States, Turkey, and the Kurdish Regions, based on several trips to the region.