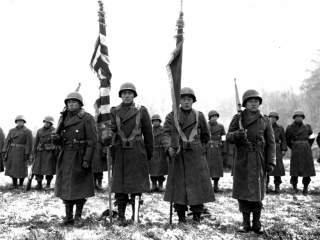 Many Americans were shocked when the mayor of an American city recently declared that Syrian refugees should not be allowed to resettle in the United States.

Of course, David Bowers, the mayor of Roanoke, Virginia, is far from the only American to hold that view; more than two dozen governors have opposed allowing Syrian refugees to settle in their states. But Bowers went a step further by citing the internment of Japanese-Americans in World War II as a reason why Syrians should be barred.

"I'm reminded that Franklin D. Roosevelt felt compelled to sequester Japanese foreign nationals after the bombing of Pearl Harbor, and it appears that the threat of harm to America from ISIS now is just as real and serious a threat as that from our enemies then," he said.

There are reasons to support taking in Syrian refugees, and reasons to oppose resettling them in America. Rest assured they will be debated. But to cite the internment of Japanese-Americans as a positive example of defending our national security is beyond ignorant.

We can point out that the U.S. government's own investigators found no evidence of Japanese-American disloyalty—and hid those conclusions from the Supreme Court when internees challenged Executive Order 9066, issued by President Roosevelt in February 1942, just two months after Pearl Harbor. Yet Japanese-Americans were consigned to remote internment camps, their homes and possessions often confiscated.

They were also imprisoned because the American public was scared, angry and humiliated by the string of Japanese victories in the first six months of the Pacific War. And who better to target than Japanese-Americans, many of whom were second-generation Americans, born in the United States, and yet who were perceived as suspect "aliens" in a way that European-Americans were not. Nearly 120,000 Japanese-Americans were interned, but only 11,000 German-Americans. It was more than wrong. It was petty and vindictive. The enemy was the Imperial Japanese Navy, not a Nisei farmer outside Sacramento.

Yet there is a better refutation of any notion that the internment camps were a credit to American history. That is the story of how Japanese-American soldiers saved a battalion.

In October 1944, the 36th Infantry Division—a Texas National Guard unit—was fighting in the Vosges Mountains in southeastern France, on the German border. The 36th had been through a rough war in Italy—almost overrun by German panzers at the Salerno landings, then decimated crossing the Rapido River in January 1944—before it was transferred to southern France. By late 1944, it was battling its way through the cold, forested mountains that barred the path into Germany.

Misfortune struck again: an ill-conceived attack sent the 36th Division's 141st Regiment four miles deep into German lines, despite fears that the Germans—masters of the swift counterattack—would cut them off. The Germans did indeed counterattack, trapping the 141st's 1st Battalion, according to one account:

"The Lost Battalion’s situation was desperate. Isolated for six days the Texans had beaten back five enemy assaults. Deaths and casualties mounted, yet they couldn’t evacuate the bodies. They pooled their meager supplies of food and ammo and risked German sniper fire to get water. The Allies tried to send supplies. First they shot shells filled with chocolate, but the shelling caused casualties. A few days later the Allies dropped supplies by parachute, but most of the packages landed in German-occupied positions."

But relief came, in the form of the 442nd Regimental Combat Team, the most decorated unit in the history of the U.S. Army, winning more than 18,000 decorations. It also happened to be an all-Nisei (Japanese-American) outfit, one of only three such units in the U.S. Army. It was composed of volunteers and draftees from Hawaii and the mainland United States, many of whose families were languishing in camps while the sons bled on the battlefield. Despite racism in an army already segregated into white and black units, the 442nd—whose motto was "Go for Broke"—had already earned an enviable reputation in Italy before being attached to the 36th Division in France.

Through rain and muddy, wooded hills that deprived the Americans of tank and air support, the 442nd battled for six days to reach the Texans; casualties were so heavy that clerks and cooks became riflemen.

"With a steep drop on the left and right, the men had no choice but to go straight up the middle. I Company Private Barney Hajiro was pinned down on the ridge. He saw enemy machine guns kill eight and wound 21 of his buddies. Then suddenly, a few men, including Hajiro decided to 'go for broke.' He charged up the ridge, shooting his BAR and running 100 yards under fire. He single-handedly destroyed two machine gun nests and killed two enemy snipers. His brave actions spurred his comrades to rally and boldly attack. Hajiro was awarded a Medal of Honor."

The Japanese-Americans of the 442nd rescued 211 survivors of the Lost Battalion. The price they paid? 800 Nisei casualties.

"When Division Commander Dahlquist ordered the 442nd to assemble for a recognition ceremony, he scolded a 442nd colonel. 'You disobeyed my orders. I told you to have the whole regiment.' The colonel looked him in the eye and reportedly said, 'General, this is the regiment. The rest are either dead or in the hospital.'"

What better proof of loyalty could their country ask for?