How to Keep the Bangladesh Powder Keg from Exploding 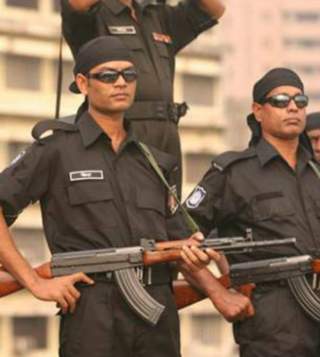 On the evening of July 1, seven young men, heavily armed with guns, bombs and machetes, stormed the Holey Artisan Bakery café in Gulshan, an affluent neighborhood in Dhaka, Bangladesh. They held several dozen people hostage, many of them foreigners, and sought to separate out, and spare, the Muslims among them. Unlucky hostages were hacked to death. Eventually, early the next morning, Bangladeshi commandos raided the restaurant, killing all but one of the attackers. The death toll currently stands at 28—20 hostages, 2 police officers, and 6 of the attackers.

One brave hostage who died, 20-year-old Faraaz Ayaaz Hossain, had been given the opportunity to leave the café during the siege, but he declined, preferring to remain with his two friends, who also died. One of us (Atif) is friends with Faraaz’s brother, who is of course absolutely heartbroken.

All in all, it was the deadliest single terrorist attack in Bangladesh’s 44-year history.

It was also utterly unsurprising.

And that’s because, in recent weeks and months, the news from Bangladesh has been one terrorist horror show after another.

On June 10, a Hindu holy man named Nitya Ranjan Pandey was hacked to death while taking an early morning walk. Several days earlier, in separate incidents, assailants killed a Hindu priest and a Christian grocer. These atrocities came just weeks after attackers murdered Xulhaz Mannan, a USAID worker who wrote about progressive causes, outside his home, and targeted an English professor, Rezaul Karim Siddique, while on his way to work. Meanwhile, a long-standing campaign of terror against secular bloggers has continued apace. In these brutal attacks and in so many similar ones that have convulsed Bangladesh over the last few years, Islamist extremists are the likely perpetrators. And many of the targets, including on July 1, have been non-Muslims and foreigners (Shia Muslims, a religious minority in Bangladesh, have also been among the victims during this extended period of extremist violence).

This sad and tragic state of affairs prompts several disturbing questions. Is Bangladesh losing its secular credentials? Is its very identify, defined so long by pluralism and tolerance, under assault?

Ominously, the trendlines are not good. Local Islamist militant groups are deepening their presence in Bangladesh, and their operations are increasingly more sophisticated and widespread. They’ve broadened their focus from a narrow fixation on secular bloggers to anyone viewed as “un-Islamic.” Their fundamental goal, according to a top police official in Dhaka, is to make Bangladesh’s culture more Islamist. Disturbingly, these types of attacks have claimed roughly 40 lives since early 2013—with about 15 coming in just the last three months.

Meanwhile, ISIS, which took credit for the July 1 café attack, has made very clear that it has Bangladesh in its crosshairs. In a recent issue of its propaganda magazine Dabiq, there is a section dedicated exclusively to the country. It brags of a Dhaka resident who fought in Syria; vows to target minority Hindus in mass numbers; and excoriates the Jamaat-e-Islami (JI)—an Islamist opposition political party—for not implementing the “law of Allah” when it served in the governing coalition from 2001 to 2006.

The Bangladesh government claims Jamaat-ul-Mujahideen (JMB), a local banned terror group, was responsible for the July 1 attack. This may well be true. According to one (albeit unconfirmed) account, at one moment during the siege the attackers issued a demand that Bangladesh authorities release Khaled Saifullah, a senior JMB leader.

Still, the scale and sophistication of the assault suggests the likelihood of guidance or support from a global terrorist organization like ISIS. As we have written previously for The National Interest, links could well exist between the two groups. For example, JMB has issued joint threats with ISIS to attack members of the Christian minority in Bangladesh.

Against this backdrop of terror, the deepening polarization sweeping across increasingly large swaths of society is highly troubling. Members of the political opposition continue to be convicted and executed in war crimes trials—a legal process that government critics lambast as politically motivated—and the recent hanging of Motiur Rahman Nizami, a top leader of the Jamaat-e-Islami, put the country on the sharpest of tenterhooks. Protests erupted in major cities, but most telling were the impassioned responses posted on social media. Most of the posters identified themselves as either atheists or fervent supporters of the executed Islamists—amplifying Bangladesh’s razor-sharp ideological divisions. Societal debates in Bangladesh are increasingly dominated by dangerously reductive “us” vs. “them” mindsets.

These social divides are ripe for exploitation by militants, who hope to capitalize on the growing hostility expressed by the retrograde religious radicals toward the progressive secularists—not to mention religious minorities, intellectuals, and other vulnerable groups targeted by terrorists in Bangladesh.

Given this increasingly precarious state of affairs, what can be done to prevent the Bangladesh powder keg from exploding?

An old proverb attributed to Benjamin Franklin states that an ounce of prevention is worth a pound of cure. Indeed, in Bangladesh, providing security for those who have been threatened by militants—and particularly in Dhaka’s embassy neighborhood and other areas where targets of militants are highly concentrated—should be made a priority. While this may seem like an obvious measure to take, Bangladesh’s government has often refused to provide security. Foiling attempted assassination plots and other types of murderous assaults would lead to better intelligence from captured hitmen. It would also show the world that Bangladesh is taking these issues seriously.

Curing Bangladesh’s terrorism affliction will also require ramping up, in a big way, the nation’s counterterrorism footprint. In particular, the mountainous and remote Chittagong Hill Tracts and other parts of the northeast—rugged areas where militants often operate with impunity—need a more robust counterterrorism and intelligence presence.

However, even more important is the need to address the fractures and polarization proliferating across society in Bangladesh. These types of highly charged environments provide fertile soil for the violent extremist ideologies that fuel militancy and terrorism. In Bangladesh (and elsewhere in the South Asia region, particularly in Pakistan) these ideologies are sufficiently widespread that they are able to transcend socioeconomic divides. According to Bangladesh press reports, several of the Dhaka attack terrorists were well-off, well-educated young local men.

Bangladesh’s government must scale down its draconian policies toward the political opposition, and not use counterterrorism as a pretext to crack down on innocent, peace-loving citizens who happen to be Islamist or are otherwise deeply religious. Bangladesh’s moderate clerics must loudly and publicly condemn extremist violence, and underscore the un-Islamic nature of such violence. Prominent Bangladeshi community leaders—religious and secular alike—should sponsor more interfaith seminars and conferences to remind the country of its pluralistic and tolerant roots, which are deeply woven into the country’s founding fabric.

To be fair, Bangladesh’s government, even while steadfastly denying that ISIS militants are in Bangladesh, has initiated arrests of those suspected of involvement in some recent attacks. And yet of course much more must be done.

Bangladesh has enjoyed many impressive achievements in recent years. It has reduced infant mortality and extreme poverty, and increased access to electricity. Its civil society has blossomed into a vibrant force. And yet this progress is at risk if Bangladesh isn’t able to properly address its growing extremism and militancy problem.

In effect, the stakes are high for Bangladesh, and it can no longer afford to dawdle. Here’s hoping the horrific attack on the Holey café serves as a wake-up call, and propels the government to take robust and meaningful measures to deal with a clear and present danger that is now impossible to ignore.

Atif Jalal Ahmad grew up in Dhaka, Bangladesh, and is a recent graduate of Rutgers University. Michael Kugelman is the senior associate for South Asia at the Woodrow Wilson International Center for Scholars in Washington, DC.