How to Keep a Tougher Taiwan from Blowing Up 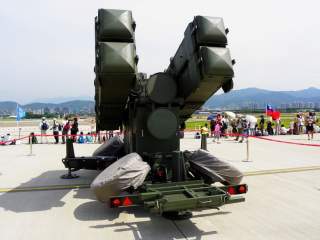 This week, Taiwan will swear in its fourth democratically elected president, the first woman to hold the title. President-elect Tsai Ing-wen will also assume office with a historic legislative majority, marking the first time her Democratic Progressive Party (DPP) will enjoy unified control of government. The DPP has traditionally favored moving Taiwan toward formal independence, but during the campaign it promised domestic and nervous international audiences that it would largely maintain the cross-Strait status quo. Mounting economic anxiety, an increasingly independence-minded public and growing pressure from mainland China, however, may bend that pledge to its breaking point.

Unlike the events of the early 2000s, these confrontational pressures are not of the DPP’s own making. In a forthcoming report from the Center for a New American Security, I outline how Taiwanese society seems to be shifting away from a trajectory of ever greater economic integration, and toward growing Sino-skepticism. Outgoing President Ma Ying-jeou and his Kuomintang (KMT) party deserve credit for bringing much-needed stability and commerce to cross-Strait relations, but his rapprochement agenda hit a wall in his second term. The traditional high/low-tech division of labor across the strait began to blur as the mainland transitioned from a complementary source of cheap labor to an increasingly advanced direct competitor. Moreover, China’s gangbusters growth, which had so recently been a compelling reason for closer cross-Strait economic ties, began rapidly decelerating and dragging Taiwan down with it. In the eyes of the Taiwanese public, China’s economy had shifted from a source of stability to a liability.

In addition to this perception of economic malaise, a surging sense of Taiwanese identity distinct from China promises to alter the island’s politics for years to come. Polls reflect a public that increasingly rejects the shared “Chinese” identity and historical affinity that have been at the heart of the traditional ruling KMT line. Tensions over how close Taiwan should get to China boiled over in the spring of 2014, as the Sunflower Movement formed to protest a new services trade pact. Two hundred demonstrators occupied the legislature calling for greater transparency in cross-Strait negotiations, and within two weeks five hundred thousand people were rallying on the streets of Taipei.

China, which sees eventual reunification with Taiwan as a core national interest, had until recently been relatively content that the trends were at least moving in a favorable direction. Now that Taiwanese public opinion has turned rather decisively against deeper integration, carrying the Sino-skeptic party to historic majorities, the mainland seems poised to ratchet up the pressure. Recent weeks have seen a proliferation of hostile gestures, from small and symbolic to severe and embarrassing. Most newsworthy has been the deportation of dozens of Taiwanese citizens from Kenya and Malaysia to China rather than their island home, constituting an abduction in the eyes of many in Taiwan.

U.S. policy will need to strike a careful balance, continuing to support Taiwan’s resilience against coercion, but without excessively stoking animosities on either side of the strait. This will include both economic and strategic hedges. Taiwan needs a source of growth, international integration and economic autonomy that is separate from its mainland neighbor. In addition, Taiwan needs to continue to bolster its defensive capabilities—but with a more pragmatic eye toward distinguishing its true needs from hardware prestige projects.

Should the Trans-Pacific Partnership (TPP) take effect, the United States should support eventual Taiwanese accession to the agreement. Dr. Tsai and the incoming DPP government have made joining TPP a high priority, but they could face stiff opposition from other advanced, midsized economies like South Korea. U.S. policymakers should acclimate existing partners to the idea, emphasizing the supply-chain efficiencies that Taiwan would likely bring to existing intra-TPP advanced manufacturing. Taiwan would also be wise to engage in trade liberalization prior to formal accession talks. The United States has been on the receiving end of protectionist Taiwanese policies and could serve as a willing partner in such commercial confidence-building measures.

Strategically, the United States should encourage Taiwan toward efforts that are quietly strengthening and powerfully practical. The presidential campaign focused on fostering advanced indigenous defense manufacturing, such as submarine construction, but building such a capacity from scratch can be immensely expensive, technically complicated and geopolitically destabilizing, without any guarantee of success. Rather than attempting to match major-power capabilities, Taiwan should consider investing in cheaper platforms more tailored to its needs—namely, amphibious invasion defense. Sea mines, anti-ship missiles, embedded antiship and antiair gunnery, and hardened infrastructure would gain Taiwan far more bang for its buck than a few submarines or fighter jets.

More important than defensive hardware, however, would be a renewed focus on human capital. Taiwan’s military has had a troubled transition to an all-volunteer force, largely failing to attract and retain volunteers in adequate numbers. The United States has significant experience transforming its military from a mass-conscription service to an elite and desirable vocation—experience that could be shared with its Taiwanese partners via greater institutional support and training. U.S. policymakers should also place such warfighter-focused initiatives on the same diplomatic level as conventional arms sales, with congressional notifications and international signaling marking the seriousness of such aid.

Continued stability in the Strait of Taiwan requires both sides to feel economically, militarily and politically secure. With these strategic and economic hedges, Taiwan may be able to improve its deterrence against Chinese threats and get its economy growing again. If not, the voices calling for confrontation on both sides of the strait may grow too loud to resist.

Harry Krejsa is the Asia-Pacific Security Research Associate at the Center for a New American Security in Washington, DC, and a former Fulbright Fellow to Taiwan.